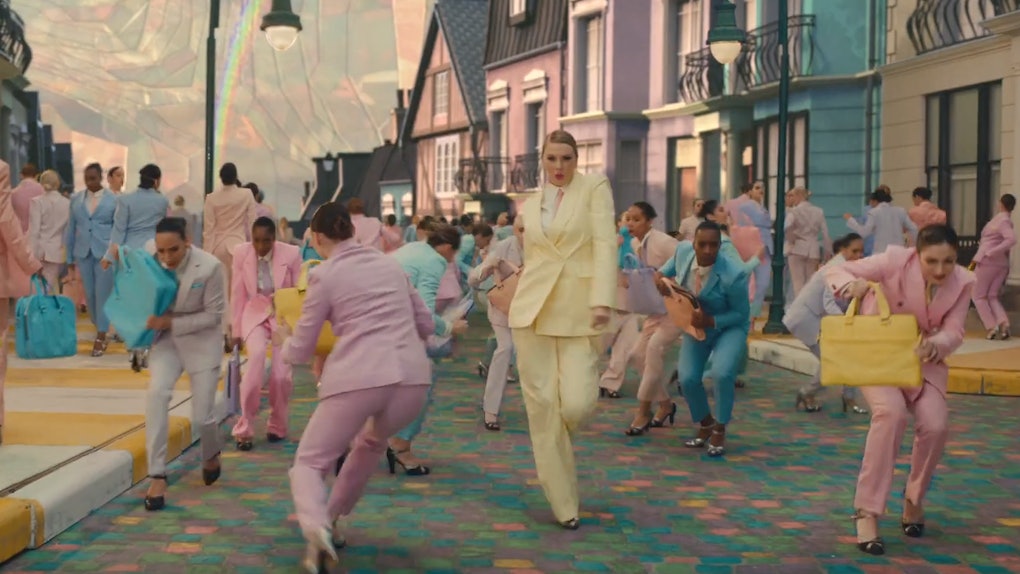 These Tweets About Taylor Swift's "ME!" Will Make You Want To Celebrate All Your Quirks

It’s finally time for the Swifties to shine! After much anticipation, Taylor Swift released a brand new single called “ME!” featuring Brendan Urie, and it’s everything fans have been waiting for. As expected, Swift's are absolutely enthralled by just about everything the song has to offer — its melody, its lyrics, it themes. All of it! And in true Swiftie fashion, fans are sharing all their thoughts on social media. Their tweets about Taylor Swift’s "ME!" highlight just how much they love Swift and everything she does.

After weeks of teasing fans about new content coming down the pipeline, Swift finally released “ME!” on Friday, April 26. On Thursday, April 25, Swift revealed what the song was about in an interview with Robin Roberts.

“‘ME!’ is a song about embracing your individuality and celebrating it and really owning it. I think that with a pop song, we have the ability to get a melody stuck in people’s heads and I just want it to be one that makes them feel better about themselves, not worse,” Swift explained.

In the weeks leading up to the song’s release, Swift was posting various photos on social media with the caption “4.26,” indicating that something huge was coming that day. While not much about the photos indicated that Swift was following a specific theme, they all did share a few things in common. Most of the photos boasted bright, pastel colors. And a few of them included cats and hearts and other frilly things. So, there was something rather intriguing about them, but overall, they were a mystery. In turn, fans were theorizing non-stop about what was coming their way.

Swift finally put an end to their theories with a social media post announcing her new single. She officially announced the song’s release on Twitter and shared a special message with fans.

Almost immediately, fans took to Twitter to share what they thought of the news and of the single itself. And let me tell you, all the Swifties are going absolutely wild with excitement about this new song. In any case, here’s what they’re saying about “ME!” on Twitter right now:

Swift’s fans are obviously loving every single second of this new song. Watching their excitement unfold on social media is really something special. They’ve been waiting for nearly a year and a half for Swift to release new music (she last released an album in November 2017), so they’ve got a lot to say and be excited about!

I’m sure seeing fans so happy about new music is pleasing for Swift, too. She loves her fans so much and they support her in everything she does, so it’s probably a really great feeling to give them what they want. Back in March 2019, Swift honored her fans with her acceptance speech at the iHeartRadio Music Awards. Here’s what she said to them during her speech while accepting the award for Tour of the Year Award for her record-breaking Reputation tour:

I honestly owe everything, everything in my life to you. And I want to thank you if you came out and saw the show in like, you know, perfect weather or if you came to one of our many rain shows that we had. And also if you—I want to say thank you if you watched the show on Netflix like on your couch with your dog. You guys are the reason why this tour—and the only reason why this tour wasn’t a massive failure and why it ended up being the highest selling tour in U.S. history.

So, there’s a lot of love between Swift and her fans and “ME!” is literally just another manifestation of it!