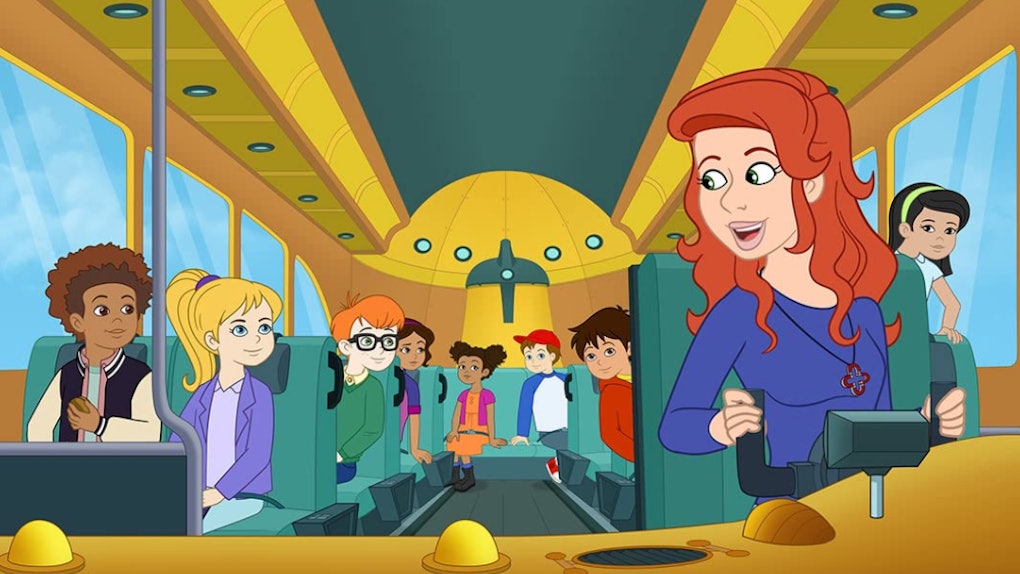 These Tweets About Netflix's New Ms. Frizzle Confirm Everyone Prefers The Original

Netflix's The Magic School Bus Rides Again premiered in September 2017, but Twitter is talking about some very particular choices the show made after all this time. The reboot was initially hyped, with a theme song performed by Lin Manuel-Miranda and Kate McKinnon as the voice of a new Ms. Frizzle, but when people saw the show, there was a major stylistic change that fans of the classic couldn't get behind. It's been over three years since the show premiered, but these tweets about Netflix's new Ms. Frizzle confirm fans still aren't here for her look.

When the Magic School Bus reboot trailer premiered in 2017, people voiced their opinions about the animation style. Twitter users were mad then, and now it seems they're reliving the experience in 2021. For whatever reason, The Magic School Bus Rides Again is being remembered for disappointing people who grew up with the original show, and Twitter users are just as loud about it now as they were when the show initially hit the streaming service.

The show's plot begins with Ms. Valerie Frizzle (played by Lily Tomlin) retiring from teaching at the elementary school after receiving her Ph.D. The new Ms. Frizzle is her younger sister, Miss Fiona Frizzle, who takes over the class and, of course, driving the Magic School Bus.

To people who grew up with the original Magic School Bus in the '90s, the reboot basically lost all its animated magic because the aesthetic was completely changed. And even though the new Ms. Frizzle is the original's sister, the worst part of the redesign for most fans was her ~lack~ of character:

Some fans are pointing out how Ms. Frizzle's hair is smooth and straight instead of massively curly:

Fans are also mad about other characters on the show:

One fan is wondering what Tomlin — who played the original Ms. Frizzle and reprised her role for the reboot — has to say about it:

While there's no going back to change how they recreated Ms. Frizzle in the Magic School Bus reboot, you can always watch the original show to support the '90s cartoon aesthetic.