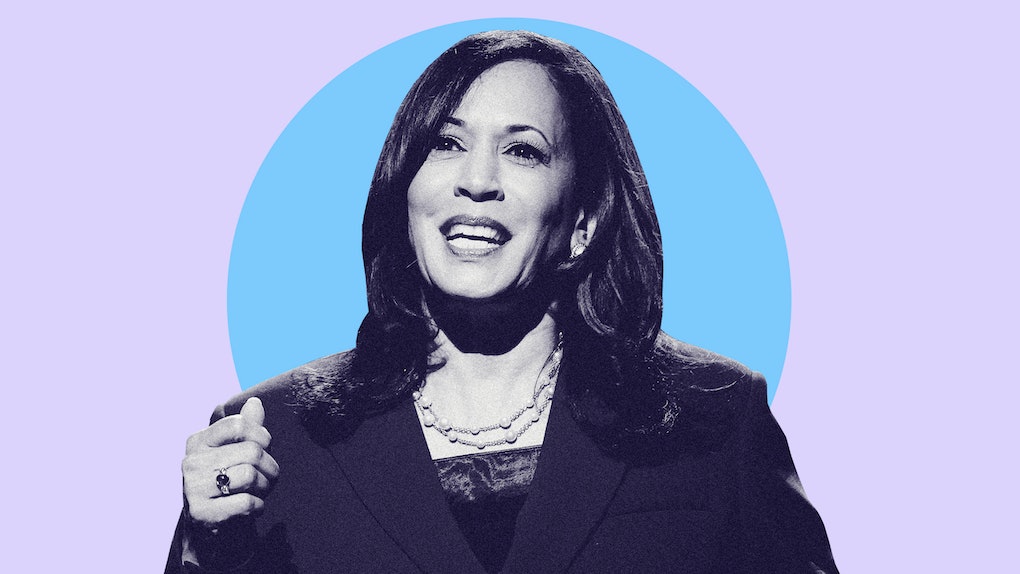 After years — er, I mean days — of waiting for final election results, the 2020 election has finally been called in favor of Joe Biden. And while it's obviously a big moment for Biden, his campaign, and all of America, Twitter is also focused on one other member of the campaign. Sen. Kamala Harris just made history as the first woman, the first Black person, and first South Asian American person, to be elected vice president of the United States, and these tweets about Kamala Harris' historic win in 2020 are celebrating this moment.

The wait for the results of the 2020 presidential election dragged on longer than any election in recent memory. For days, President Donald Trump and former Vice President Joe Biden both held steady, both short of the 270 electoral votes needed to win the presidency with multiple states still to close to call. Voters around the country were glued to results in Pennsylvania, Georgia, Nevada, and Arizona, all of which were poised to bump Biden, who was in the lead, over the threshold of victory. At about 11:30 a.m. ET on Saturday, Nov. 7, four full days after Election Day, multiple news outlets called Pennsylvania for Biden, pushing him to a firm 273 electoral votes — and victory.

While many Americans were celebrating the victory in general, it also had a special significance for many, coming four years after Hillary Clinton, the first female candidate for president nominated by a major party, lost the race to Trump in 2016. It also came 12 years after Barack Obama became the first Black man elected president. Across social media, and the United States, many people cheered Harris for crashing through that glass ceiling.

In Harris and Biden's first messages to the United States after the race was called, both acknowledged the hard work ahead. "America, I’m honored that you have chosen me to lead our great country," Biden wrote on Twitter. "The work ahead of us will be hard, but I promise you this: I will be a President for all Americans — whether you voted for me or not. I will keep the faith that you have placed in me."

Harris, for her part, tweeted, "This election is about so much more than [Joe Biden] or me. It’s about the soul of America and our willingness to fight for it."

As of about 1 p.m. ET on Nov. 7, Trump has refused to concede the race. Though a concession has no legal weight and does not impact election results, it is traditional in presidential elections for the defeated candidate to concede gracefully.