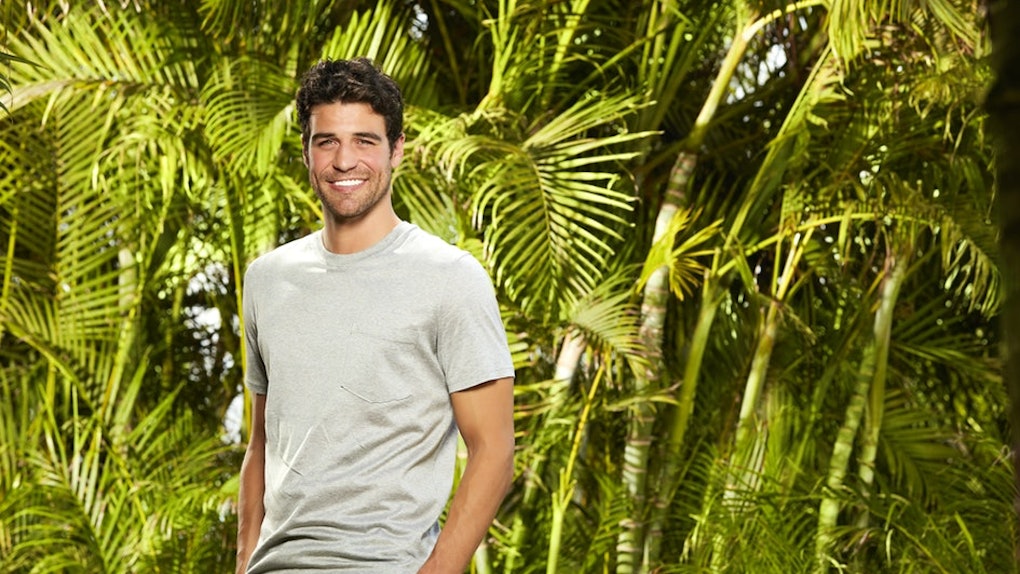 The charming and oh-so-handsome Joe Amabile is back for another shot at love on Bachelor in Paradise and fans are going wild. That’s right! Amabile AKA Joe the Grocer from Becca Kufrin’s season of The Bachelorette is in it to win it this time. The former Bachelorette contestant may have been sent home on the first night during his last go, but he’s got his eyes on the prize right now. And these tweets about Joe the Grocer on Bachelor in Paradise prove that he’s winning over everyone already.

Joe snuck his way into audience members' hearts with his sweet personality and amazing looks the last time they saw him. And even though he didn’t make it far with Becca, the Bachelor Nation is more than happy to welcome him into the fold this time around.

Already, fans are being wooed by Joe and all he has to offer. And some of the gals on the show are, too. They loved his intro more than anything (he had a broken bag of groceries because... of course!). There's no doubt that as the season unfolds, he'll be stealing his way into more and more hearts. He's got all the charm to do it. And a great smile, too! He's doing a great job so far already!

Naturally, fans have tons of stuff to say about how Joe will be handling it all. People are really rooting for him to make his mark, which is something he didn’t exactly have the chance to do the last time he tried his hand at this.

A lot of people are only watching to see how Joe the Grocer fares this time around:

And some people are genuinely feeling very protective of him, especially now that he's got his second chance at love:

And then, there’s that other part of Twitter that watches this show and tries to stay neutral. They literally don’t know how to feel about him and where he stands in the grand scheme of things.

Tough crowd, for sure. But you can't blame them. There's so much that goes on during the season that Joe's storyline could go any which way.

But, by and large, people are really loving Joe and what he brings to the table. There are more sweet and positive tweets about him than there are negative ones and that’s definitely an indication that he’s going to be a fan favorite for a long time to come.

Here’s a look at some of the best tweets about Joe the Grocer hitting your timeline right about now:

So, even though the first episode of Bachelor in Paradise literally airing right now, it’s quite clear the Joe the Grocer has snagged the hearts of fans everywhere. With any luck, he’ll capture the attention of one of the ladies on the island, too, and he’ll last way longer than he did the last time he tried this whole Bachelorette thing.

Fans have his back, for sure!