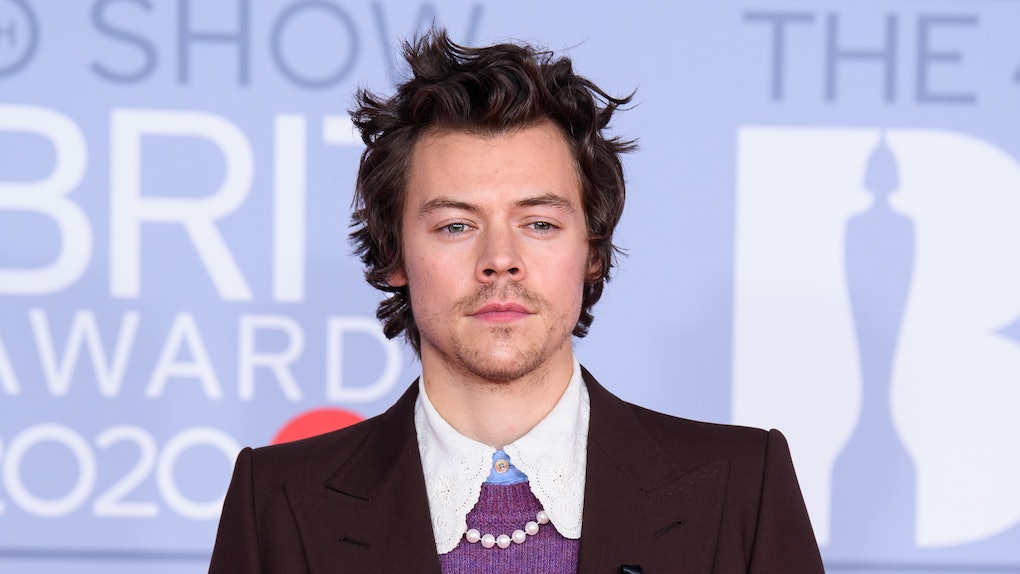 These Tweets About Harry Styles' 'Dunkirk' Haircut Are So Freaking Thirsty

Fans have seen Harry Styles go through some major hair changes through the years. From short and curly to long and wavy, the star has rocked every length and looked good every single time. One of Styles' most shocking transformations was in 2017 when he made his acting debut in the film Dunkirk. In order to get into the role of his character, Alex, the singer cut his then shoulder-length hair, leaving fans totally stunned over how short he went. Styles' latest hair change has fans thinking it's 2017 all over again. These tweets about Harry Styles' Dunkirk haircut show fans are loving it.

It all started on Oct. 19 when a few fans spotted Styles walking around LA and asked him for pictures. After sharing them, all of Twitter went into a frenzy because, for the past few months, the star has been letting his curls and facial hair grow. Combined with his hoodie and snapback, the look was so iconic, fans dubbed it"Frat Boy Harry." Fans even trended the phrase on Twitter a few times because they couldn't get over it.

Now, Styles has opted for a short 'do, and fans love it just as much. The change was so unexpected, fans made the pictures go viral and trended "DUNKIRK HARRY" and "HE CUT HIS HAIR."

"SO WE WENT FROM FRAT BOY HARRY TO DUNKIRK HARRY IN LIKE A WEEK- OKAY," a fan tweeted.

"Harry Styles just casually going to go get a haircut. little did he know that once he cut his hair, he started A WHOLE ENTIRE NEW ERA," another gushed.

Check out other fan reactions to Styles' new haircut below.

Fans are so stoked to see Styles return to acting. Here's hoping fans will see his short 'do in the film!