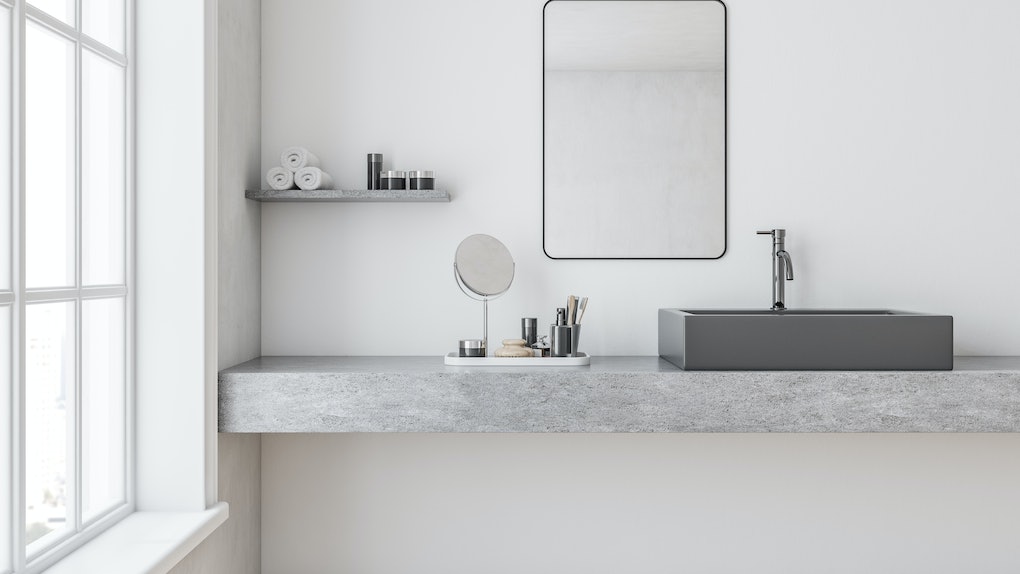 Twitter users are freaking out over a TikTok video that ~mirrors~ a cult horror classic. When a TikToker from New York posted a four-part series about a mysterious hole behind her bathroom mirror, people began tweeting about the eerie vibes and comparing it to the 1992 film Candyman. Now, these tweets about Candyman and a TikToker’s bathroom mirror are all asking the same question: Why did she go into the hole?

TikToker Samantha Hartsoe (@samanthartsoe) posted two videos on Wednesday, March 3 detailing a predicament — her New York apartment had a mysterious draft. Since her heating wasn't helping, she went to investigate where the cold air was coming from. Eventually, she discovered the draft was coming from her bathroom mirror. In her second TikTok video, she showed viewers a large hole in the wall behind the mirror. Looking through, she apparently found a room to the right and decided she needed to go inside.

People were left hanging until she uploaded two more TikTok videos on Thursday, March 4, detailing her findings. Turns out, there was an entire apartment (!!!) on the other side of the hole. In her finale video, Hartsoe ventured into what appeared to be a vacant space behind her bathroom and revealed there wasn’t anyone living in the other apartment. (She also said she'd be calling her landlord ASAP.)

Once the TikToks began circulating on Twitter, the social media platform was on fire with comments asking if she’s ever seen Candyman, a horror flick about a dead man who returns to kill anyone who summons him by calling his name five times in front of a mirror. Once called, he appears and slays his victims with his hook, which is set in a bloody stump. The terrifying character stems from a 1985 short story by Clive Barker called “The Forbidden” from his short story collection Books of Blood.

If the movie sounds familiar, that's because Jordan Peele's take on the 1992 flick, directed by Nia DaCosta, is set to hit theaters on Aug. 27, 2021, following a few delays due to the coronavirus pandemic. You can watch the trailer for Candyman here, and you'll see just how similar to the film Hartsoe's videos are.

With the very clear similarities to the very scary movie, people couldn't help but wonder why she was going into the wall. People who'd been scarred by Candyman were all asking if she'd seen the film, and if so, why would she go behind the mirror?

One Twitter user is calling it an ad for the new movie:

Even when people aren't comparing it to Candyman, they are not here for her going behind the mirror:

Thankfully, there was not a typical horror movie ending to the TikToker's saga, but it sure caused a scare on Twitter. As of publication on March 4, Hartsoe has yet to provide an update with her landlord's response, but TBH, most people are just glad she made it back from out of the wall.