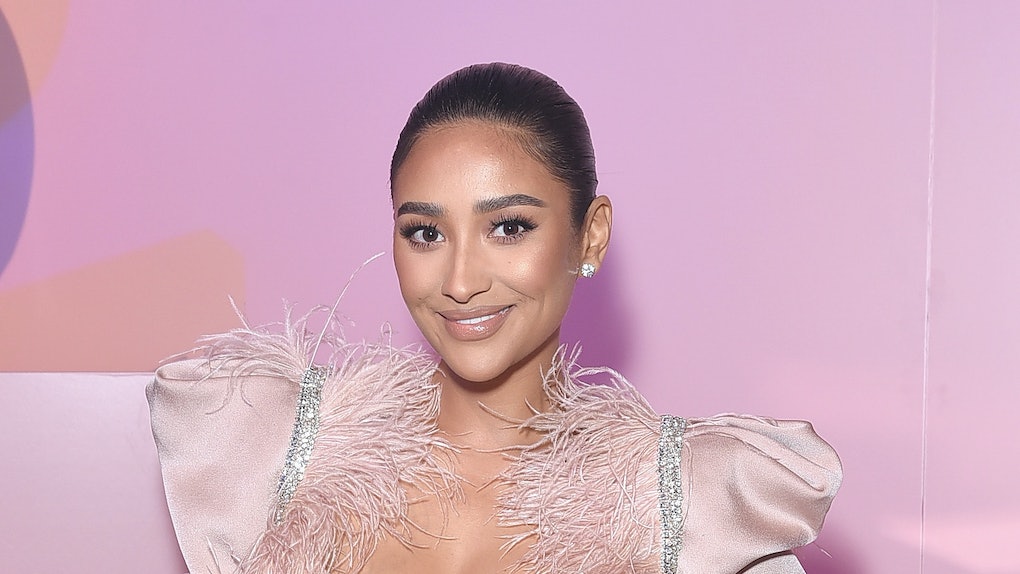 Shortly after Shay Mitchell announced that she is expecting her first child on Friday, June 28, co-stars and friends are weighing in on the happy news — and they're just as ecstatic about the announcement as you'd expect them to be. Considering that the Pretty Little Liar alum's news comes just five months after she revealed that she suffered a miscarriage last year, it makes it all the more special. Grab the tissues and get ready to cry some happy-tears, because these reactions to Shay Mitchell's pregnancy are so incredibly supportive.

Fans learned of the news on Friday, June 28, when the You actress took to YouTube to share the announcement in a video titled "Guess Who's Preggers." In the video's description, she wrote, "There is something in the oven and it’s not my pizza!!! WOW … It’s kind of surreal processing the fact that another human is growing inside of you."

The actress revealed that she'd felt conflicted about sharing the announcement publicly, continuing, "It’s exciting, nerve-racking, difficult and emotional all at the same time. Everyone waits for the right time to make the announcement and for me it wasn’t until I couldn’t hide it anymore and was tired of wearing over sized sweatshirts."

The star also gave fans a close-up look at her baby bump on Instagram with a topless photo that put her growing belly front and center.

"Does this mean I’m allowed to drive in the car pool lane at all times now?" she captioned the image.

A number of Pretty Little Liar co-stars quickly took to the comments section to share their felicitations. "YAS queen I am so excited to be a mama with you and welcome this beautiful babe to the world!" Troian Bellisario gushed, while Ashley Benson commented, "I love you my girl. I can’t wait." Janel Parrish, Julian Morris, and Lucy Hale also shared congratulatory messages.

Other actors and actresses also chimed in to show their support for the mom-to-be. Zoe Saldana wrote, "Lady we are so happy for you!!!!!! Woohooo," while Vanessa Hudgens wrote, "Wooooowww congratulations babeee. Ur such a stunnnnner." Olivia Munn, Kylie Bunbury, and Bailee Madison also chimed in with their best wishes for the pregnancy.

Just five months earlier, Mitchell publicly shared the heartbreaking news that she'd suffered through a miscarriage back in 2018. While posting some of her favorite memories from the past year on New Year's Eve, the actress also revealed that 2018 had come with its share of hardships and some of her "darkest days."

Alongside a shot of a sonogram, she addressed fans at the time, writing, "The support and affection that so many of you show me lifts me up during even my darkest days, one of which happened last year after I miscarried and lost the child of my hopes and dreams."

Mitchell concluded her post by urging her followers to resolve to be a little bit kinder to others and themselves. "In the spirit of the new year, I think that we need to remember that we are all on this journey together — in good times and bad — and to remind ourselves that we seldom really know or understand the struggles and hardships that other people are going through," she wrote.

It sounds like the actress is ready to put that behind her as she tackles becoming a first-time parent. She told viewers in the YouTube video, "I’ve learned so much about myself and parenthood over the past 6 months, and feel like I haven’t even scratched the surface. It’s going to be a wild ride."

From the sounds of things, pregnancy definitely agrees with this star and she has an exciting journey ahead working out the kinks and joys of parenthood. Congratulations, Shay!