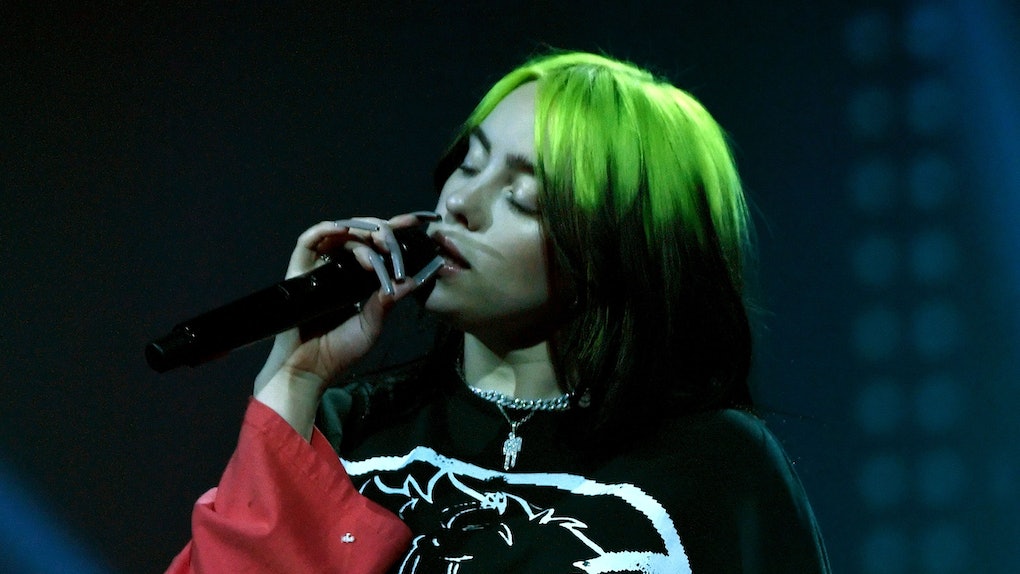 Billie Eilish is endlessly vulnerable in her music, but what about outside of the recording studio? Most of what fans know about Eilish is packed inside her lyrics, and she usually prefers to keep it that way. Which is exactly why when new facts about Billie Eilish from The World's A Little Blurry hit the internet, fans had a field day.

Eilish first announced details about her new documentary film on Instagram in September. The mini trailer for the film unveiled a throwback video from Eilish's childhood, setting the stage for a film that would be personal from start to finish.

Eilish's new documentary arrived on Feb. 25 via Apple TV. The film was directed by award-winning filmmaker R.J. Cutler, and delved into some of Eilish's most personal moments throughout the past few years, including memories from tour, Coachella, and spending time with her family. Much of the film centers on the process of writing, recording, and releasing Eilish's debut album WHEN WE ALL FALL ASLEEP, WHERE DO WE GO?

The flick also debuted in select theaters, but whether you're watching at home, or on the big screen, you're going to want to pay close attention. These details from Eilish's documentary reveal more about her than ever before.

1. Eilish was studying for her driver's license while recording her debut album.

Eilish had some multi-tasking to do when she was recording her first full-length album. The documentary reveals that in between penning hit songs, Eilish had to study for her permit test and, ultimately, her driver's license test. You know, just normal teenager things.

The documentary didn't hold anything back, even showing some of the less-favorable moments of Eilish's relationship with her brother. At one point, FINNEAS compared their recording process to navigating a minefield. "I feel like I've been told to write a hit, but I've been told to not tell Billie that we have to write a hit," FINNEAS told the camera.

"I'm trying to write the best song we've ever written," FINNEAS eventually told his sister, who didn't appreciate the remark, insisting the process should be more effortless.

"They're not my fans. I don't think of them as fans. They're part of me," she said at one point in the doc.

4. Eilish attributes her success to her family's musical background.

Eilish will be the first to admit her family's musical background gave her a leg up in the industry. "My mom taught me how to write songs. My dad taught me how to play the piano. My brother would sing harmony... our family was one big f*cking song," she said.

5. Eilish got ditched by her boyfriend at Coachella.

Fans may not have known it by her energetic stage performance at Coachella in April 2019, but she was going through it on the relationship front.

"Is Q coming?" someone asked Eilish in the car en route to Coachella, to which she had a somber reply. "I said 'I'm getting you tickets for this and the deal is you have to spend time with me, you have to see me,'" she said, before admitting Q hadn't spent time with her in days.

6. She prefers to direct her own music videos.

To say Eilish had a strong artistic eye would be an understatement. When given feedback on the set of her video for "When The Party's Over," the singer seemed slightly put off, and could later be heard saying the next video she makes is going to be self-directed.

The World's A Little Blurry is now available to stream on Apple TV.

More like this
How Long Has Billie Eilish Had Blonde Hair? She Hid It For Months
By Daffany Chan
These Tweets About Jimmy Fallon's TikTok Dance Follow-Up Segment All Say It's Too Little, Too Late
By Brandy Robidoux
These Tweets About BTS' "Film Out" Video Are Filled With So Many Questions & Theories
By Michele Mendez
Stay up to date