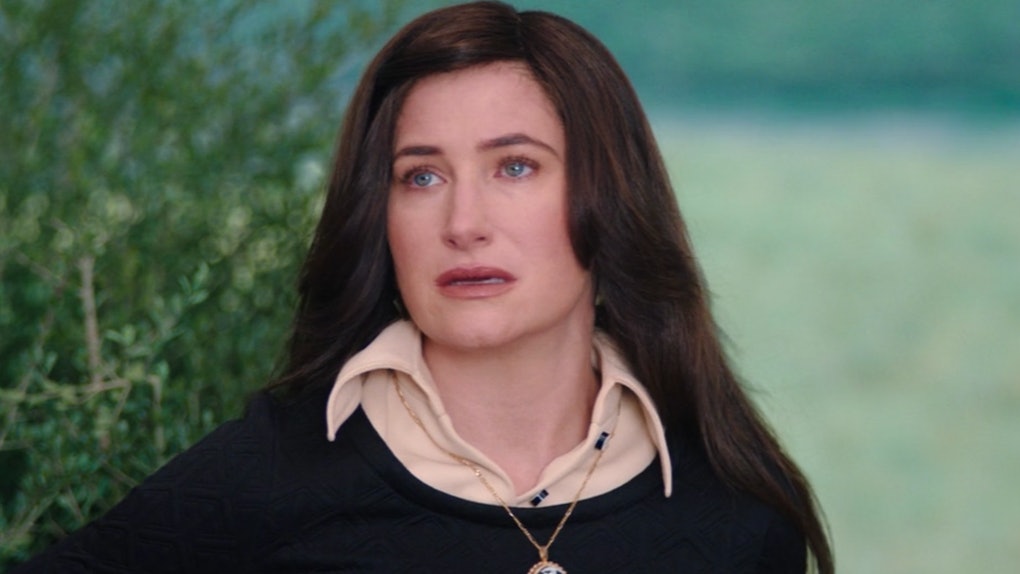 WandaVision isn't just Disney+'s hit new show. Like Baby Yoda in The Mandalorian, it has become a social media monster. Fans literally cannot get on Twitter on Friday morning unless they've seen the latest episode, lest they learn all the spoilers. From the show's emotional moments, like Vision's line, "What is grief, if not love persevering?" to Evan Peters' arrival scene, the series has been meme fodder for the ages. But nothing has taken over quite like the memes of Agatha winking in WandaVision. It turns out it's been "Agatha All Along" when it comes to just about everything.

The irony is this Agatha (the iconic Kathryn Hahn) moment that took over the internet isn't even from a newer episode. It's from Episode 3, long before anyone knew for sure who "Agnes" was. It's not even from a moment when Agnes is letting on that she knows Westview is all artifice (unlike her breaking-character moment in Episode 5 when she asks, "Shall we take it from the top?"). Instead, it's when she drops right into her "wacky neighbor who makes slightly bawdy jokes" mode, declaring, "That macrame's not going to hitch itself!"

But with her true identity now revealed, Agatha's broad wink has become ubiquitous among WandaVision fans. For most, it's become an indicator of when they're lying to themselves. Considering the way everyone's been stuck at home, unable to get motivated to do... well, anything, it's an utterly relatable vibe.

But it's not just about calling out yourself on the lies you tell yourself. The meme has also been used to call out others, from The Bachelor to Chekov.

And then, of course, there are all the little white lies people tell every day. From clicking that box that says you read all the fine print to promising to get together just as soon as the stay-at-home orders lift, we all know the reality is, everyone knows you didn't, and you won't.

But perhaps the best call-out of all? The Agatha actor herself: Kathryn Hahn.