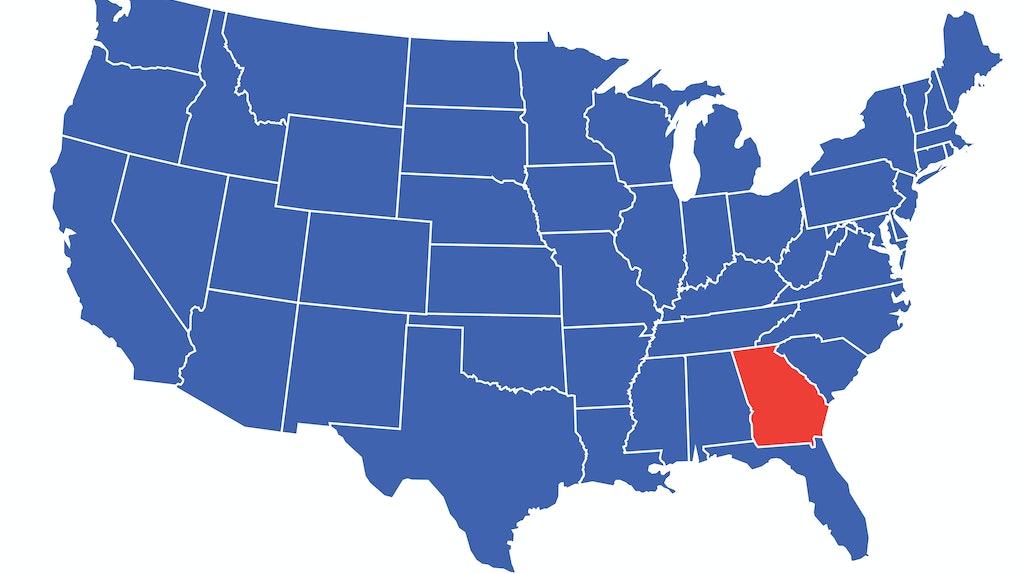 The 2020 election brought flips in several states, but people had to wait an especially long to see the official count from Georgia. The southern state hadn't voted blue for nearly three decades, but since the race between President-elect Joe Biden and President Donald Trump was neck and neck, the anticipation of the state flipping was closer to reality. Finally, on Friday, Nov. 13, Biden was announced the projected winner of Georgia by several national news outlets, such as CNN and The New York Times. Twitter was all over the landmark occasion, and these memes about Georgia in the 2020 election will make your day.

On Saturday, Nov. 7, the nearly week-long election was called, with Biden announced president-elect, following his projected win by news outlets like The Associated Press, CNN, and The New York Times. The news of his lead in the electoral college came after Pennsylvania and Nevada went blue. It was a flip for Pennsylvania, which went to the Trump administration in the 2016 election, but Nevada remained blue following its vote for Hillary Clinton in 2016.

Biden's historic win in Georgia came 10 days after polls closed, as Biden broke the Republican streak in the state as the first Democratic presidential candidate to win Georgia since 1992 when President Bill Clinton beat out President George H.W. Bush in the state. The margin was close: Biden’s votes totaled 2,472,002, which set him at 49.5% of the state vote with Trump behind him at 49.2%.

As Twitter celebrated the first democratic flip in Georgia since the early '90s, so many memes were made about the historic moment.

A pancake meme is hard to pass up when you're talking about a state flip, and tweets involving the breakfast treat got a significant boost following Georgia's flip thanks to an effort by K-pop stans to flood a conservative hashtag with pancakes:

People were celebrating even before Biden was officially called as the projected winner:

Some people are wondering if Trump will concede while celebrating Biden's landslide win of 306 electoral votes:

Others are just clapping for the president-elect and the peach state:

While Twitter is celebrating Georgia's flip to blue, Biden also flipped key states like Wisconsin, Michigan, and Pennsylvania in the race. It's important to note some states will undergo a recount, including Georgia. But per The New York Times, officials do not expect it to change the results in Trump's favor.