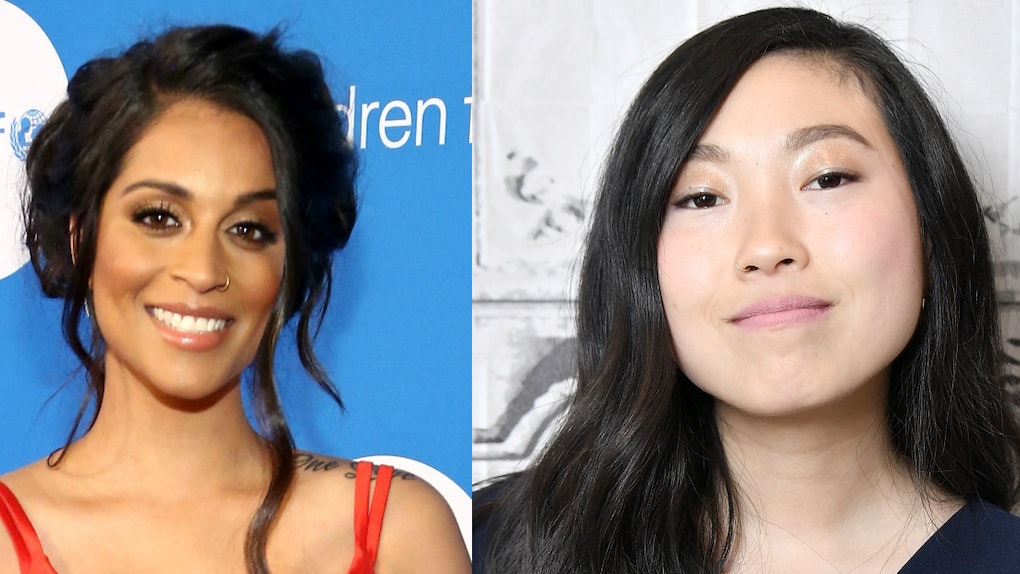 Ever since Instagram launched its game-changing IGTV feature on Wednesday, July 20, I've spent hours exploring the long-form video platform and connecting with my favorite influencers on a different level. One thing that I like about IGTV's ability to host longer videos is that it makes it easier for followers to immerse themselves in the unique, diverse experiences of comedians, fashion stars, makeup artists, fitness gurus, and the like, represented by all races, nationalities, and sexual orientations. You'll want to check out my picks for 7 diverse IGTV accounts to follow if you want to get your finger on the pulse of the rising voices in the Instagram community. Trust me, your feed is about to get so much more interesting.

Unsurprisingly, many of these bloggers originally made a name for themselves by doing skits or recording themselves on video platforms like YouTube and Vine. Now that IGTV is here and bringing Instagram's audience of 1 billion people to their videos and profiles, it's given these diverse voices a much bigger platform to share their unique perspectives and their takes on life, self-love, beauty standards, and acceptance.

The anecdotes are at times hilarious and at other times empowering. One constant, though, is that they never fail to be relatable and eye-opening for the viewer.

You might recognize Awkwafina from the blockbuster Crazy Rich Asians, but did you know that she's also a rapper? Awkwafina, who was born to a Chinese-American father and a South Korean mother, is always down to have a good time on her IGTV channel, where she's been sharing exclusive behind-the-scenes content from the film. Awkwafina's rap songs tend to have a comedic edge and eyebrow-raising lyrics (her breakout song was titled "My Vag," for example) but she says it's something her "conservative Korean and Chinese family have come to accept," per Public International Radio (PRI).

Canadian comedian King Bach, who was born to Jamaican parents, per Reality Famous, is known for his hilarious skits that will leave you in stitches, and his IGTV channel is pretty much guaranteed to inspire a chuckle fest. Every now and then, he'll also get into some more serious topics, so come for the laughs and stay for the surprisingly insightful discussions.

Beauty blogger Shahd Batal is constantly blessing her followers with shots of her stylish spin on modest dress and her glowier-than-thou skin. Her makeup tutorials on IGTV are a must-watch for anyone interested in achieving a radiant complexion. In addition Batal has been upfront about her own personal "liberating" experience with wearing a hijab and committing to modest dressing, which she decided to start doing shortly after the presidential election in 2016, per a personal essay Batal wrote for PopSugar in September 2017.

Canadian YouTuber Lilly Singh's videos about her Indian heritage have gathered over 2 billion views since she launched her channel in October 2010. As a result of her growing up in a traditional Sikh household, many of Singh's videos feature Punjabi parents and delve into stereotypes and Indian culture, per Biography. On IGTV, @iisuperwomanii puts a spin on entertainment recaps with her hilarious Spice News broadcasts.

Bryce Xavier first made a name for himself on the lip sync app Musical.ly before bring his talents to Instagram. He was one of the very first influencers to share content to IGTV, and his feed is full of dancing videos and his unique sense of style. You can also expect honesty from this young IGTV star. In a recent YouTube video called "Me Being Honest for 60 Seconds," Xavier said, "I feel like if you believe in what your believe in, speak it; say your truth."

Manny Gutierrez, who goes by @mannymua733, seeks to prove that "boys deserve just as much cosmetic recognition" as women do with his makeup skills. Growing up in the Mormon Church, the Maybelline Ambassador has opened up about how his parents initially sent him to counseling when they discovered he was gay at age 17. He later decided to quit medical school to pursue his dreams of being a makeup artist, and he's not letting hateful messages get in the way, per Heavy. In Jan. 2017, Gutierrez became Mabelline's very first male brand ambassador. Gutierrez was one of the first influencers selected to start posting on IGTV, and his channel will show you how to slay with your highlighter or take your cut crease game to the next level.

Bangladeshi-American blogger Nabela Noor isn't shy about experimenting with color, makeup, and enviable style. Her IGTV channel, which features a mix of the three as well as well as videos about self-acceptance, is going to become one of your favorites. In addition to touting body positivity, Noor regularly delves into tough topics like Islamophobia and dealing with backlash from her inter-racial marriage, per Beautycon.

I'd recommend you check out all of these accounts and see which ones resonate most with you. If the list inspires you to do some IGTV exploring on your own, all you have to do is select the TV icon in the upper righthand corner to access the IGTV arsenal. From there, you'll then be able to search a specific topic that you're most interested in, or you can look through the videos that are most popular at the moment. Happy hunting!