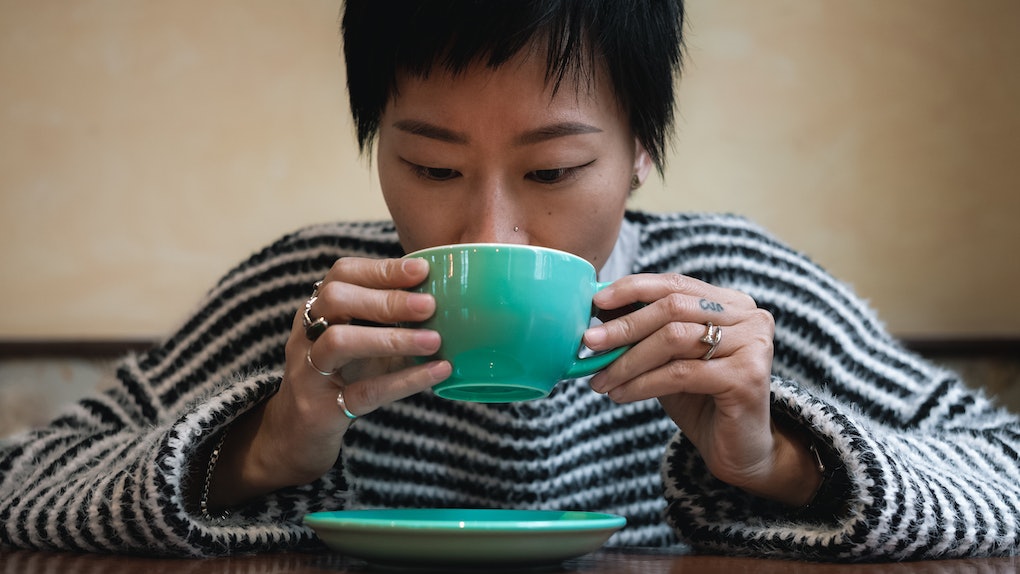 From a princess cuts in white gold to a ring made from a recycled subway token — engagement rings are never one-size-fits-all. Every bride has their own style, and finding the right ring for you is all that matters. Behind every beaming bride-to-be with a new rock, there's often a dreamy tale of how the couple met and how the proposal came about. Of course, not all engagement ring stories end with rainbows and horses riding off into the sunset. And for every "awwww" moment that love brings, there's often an "Ahhhh!" moment just waiting to unfold.

If you're newly engaged or planning on tying the knot soon, hearing other couples' stories can be a fun way to get inspired about your plans. Still, when jealous friends, shady coworkers, or moms who care a little *too* much get into the picture — sometimes even the sweetest love stories can get a little salty. Of course, you control your own narrative and if your best friend's cousin makes fun of the stone you chose or your hubby-to-be drops the ring before popping the question, remember: Sometimes the most cringeworthy moments can become the cutest memories.

These six engagement ring stories will really widen your perspective on popping the question.

This Peeping Partner Thought That The Ring Was For Them

My best friend Rob came to me a month ago and told me that he had a plan to propose to his long-term girlfriend, Grace. He was afraid she might find the ring while cleaning before he was ready to propose. I offered to hide it for him at my house until he was ready, and he handed it over. I hid it in the back of my sock drawer and honestly kind of forgot about it until last Monday when he asked for it back. He (successfully!) proposed to Grace yesterday, and she posted a picture of the two of them on her Instagram with the ring clearly visible.

Literally five minutes after she posted, my girlfriend rang me absolutely fuming. I tried to talk her down and explain that I'd just been keeping it safe for Rob and that I'd never intended to propose to her with it but that only made her more upset. She hung up on me, then texted me that I had three months to propose to her with 'a better ring than Grace's' or she's going to break up with me.

This Couple Who Dropped The Ring

Before we were married, my husband and I were long-distance. We always saw tourists on those horse and carriage rides and always joked about taking one. One time when he came to visit, he suggested we take one, and he proposed to me in the carriage — but we went over a bump and he dropped the ring. We tried to stay calm but we couldn't find it for a few minutes in the carriage. We finally found it. But it was like high stress for a minute there.

This Fiancé Who Didn't Love The Location

I decided to propose to my gf of three years on our three year anniversary. I flew her to Vietnam and after a couple of weeks traveling we ended up in Cambodia. She had wanted to see Angkor Wat and some other temples that were on her bucket list. After a long day of hiking in the heat through the ruins, we retired back to our hotel and when we were alone together I proposed and she said yes. We kissed and I had planned to take her to the waterfall the next day to celebrate. It’s really beautiful. She took a shower and I laid in bed thinking what an amazing day I just had and how I would get to spend the rest of my life with the women I loved. When she came out of the shower, however, she was in tears. She handed me back the ring saying she couldn’t accept it because she didn’t want her memory of my proposal to be in a hotel room.

I wanted to promise to my girlfriend in front of city hall in the winter time. I was about to do it when she said she wanted to go iceskating in the rink outside city hall. I didn't want to say no, but I didn't want to take the ring on the ice. I put the ring in the locker with the rest of our bags but I was so nervous the whole time that it was going to get lost of stolen. We eventually skated enough and I practically ran to the lockers to get the ring. Our locker was empty. I completely lost it but tried to be calm and kind of asked one of the attendants. I guess something was wrong with the locks on the lockers so they were moving things out? Who knows. I finally got the ring back and proposed in front of city hall later that night.

My fiancé and I had been dating for four and a half years. He's an amazing man and I'm crazy about him. Imagine my excitement when he proposed. I was overjoyed and through tears of happiness I said yes!

The next day, I was attending a baby shower for my best friend in my home town. I tried to downplay the engagement because I wanted it to be about her, she made a mini announcement because I knew people who were there.

Most people did a little congrats-type thing, which was nice, except for her cousin. When she sauntered over, she took my hand in hers and scrutinized the ring. She more or less said that at least he was making an honest woman out of me and that he had taken too long to propose. Then she kind of scrunched her nose at my ring and asked what kind of stone it was, with a little, snobby, half-smile on her face. She also said that it was generic that he would ask me now that he's graduating because that's what 'everyone does.'

I'm not a ring girl, and because of my feelings on rings and jewelry, I wanted to pick my own ring. So, he gave me free reign to pick out my own ring and I found one that's totally me.

After we finally got the ring sized and made to the specifications I wanted, we went to my mother-in-law's house. We're there for over two, maybe three, hours before she asks to see my ring — and she only asked when we were leaving and he asked her if she wanted to see it. I'd offered to show it to her a couple times after we got there, but she ignored me and feigned being busy, as per usual. 'What is it?' she asks. 'It's a sapphire,' I tell her. She looks at me with a dumbfounded look on her face. 'Why?'

She still doesn't seem to get why he didn't get me the ring he wanted. So she starts talking about her ring.

If your engagement ring has a funky, funny, or just fun story behind it, you're certainly not alone. From judgmental family to logistical miscommunication, there are many ways engagement ring stories can get a little off-track. But, at the end of the day, your wedding and everything leading up to it is yours, and doing what feels right for you and your boo is never cringeworthy.