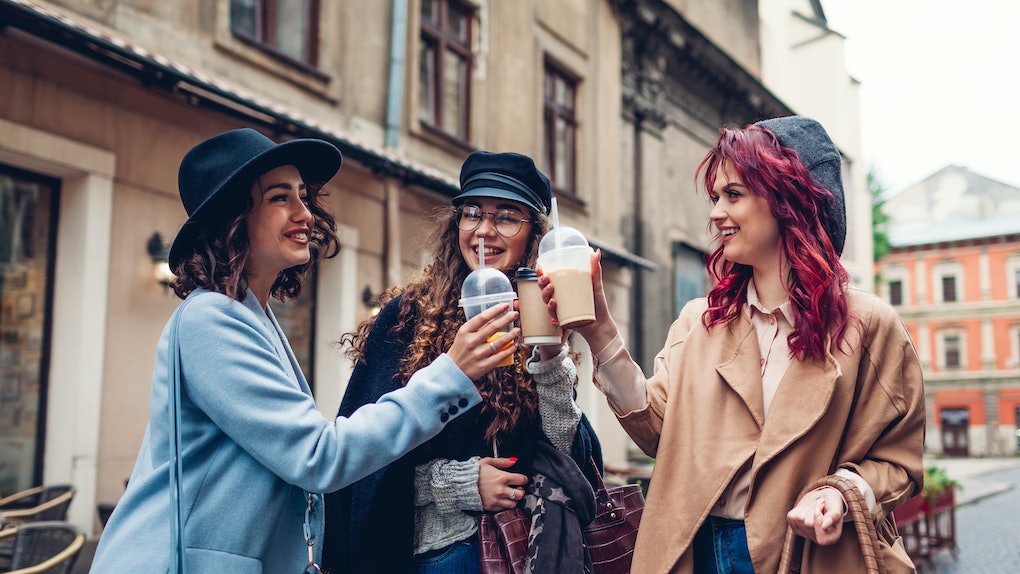 Whenever a brand-new season rolls around, it's basically equivalent to Mother Nature saying, "Here you go, now it's your turn to thrive!" Of course, this doesn't mean everyone will be walking on sunshine every season — but, rest assured, these zodiac signs will have the best fall equinox 2019: Taurus, Libra, and Aquarius.

On Sept. 23 — which marks the fall (or autumn or September) equinox — the sun will join Mercury and Venus in Libra. The moon will be sitting together with the North Node in Cancer, which, in turn, will create tension with Mercury and Venus. This means themes related to compromise, justice, and one-on-one relationships will be put to the test during this time, so autumn definitely won't be a walk in the park for all.

However, according to FiveElementHealing.net, fall is often referred to as the season of harvest, as it is also a time for growth, maturity, and preparation. Think about it: Your ancestors had no choice but to prepare themselves — both mentally and physically — for the harsh winters ahead, and the fall season was the only time they had. I know this sounds dramatic, but it's important to recognize nonetheless.

So, the signs to experience growth, maturity, and preparation during this time should consider themselves lucky (because look at the alternative). Here's how Taurus, Libra, and Aquarius will have the best fall equinox 2019:

What are you working on, Taurus? With the sun beaming through your orderly sixth house of health, routine, and due diligence for the majority of the season, you'll likely be highly focused on the work you do every single day. However, on the day of the fall equinox, the moon will sit with the North Node in your chatty third house of communication which, in turn, will spark intensity with the sun, Mercury, and Venus via your day-to-day sector.

Also, with the South Node in your expansive ninth house of travel, personal philosophy, and faith, you're being challenged to let go of stagnant ways of thinking that no longer serve your best interest. I know this sounds like a lot to deal with, but you'd be surprised at the effects of this celestial potency. Besides, Libra season is here to help you find the harmony you crave within your daily environment. Let go and start again, Taurus.

Libra: You're Stepping Into Your Power

Smile for the camera, Libra. The sun, Mercury, and your dazzling ruling planet are hovering over your first house of self for the majority of the season, but on the day of the fall equinox, you'll likely come face-to-face with an important decision to make in regard to your professional life. Who are you and what do you want your legacy to be? The universe is working in your favor, but it's up to you to take the first step.

A square to the South Node via your domestic fourth house of family and emotional foundation is asking you to take action, despite the previously set structures of your childhood upbringing. This might sound quite challenging, but it's not as bad as it seems. Besides, you've been working on this for a while now, so this isn't your first rodeo. It's time to step into your power, Libra.

Aquarius: You're Looking Toward The Horizon

Take a leap of faith, Aquarius. With the sun beaming through your expansive ninth house of travel, higher learning, and long-distance journeys for the majority of the month, you'll likely be feeling somewhat restless. However, on the day of the fall equinox, the moon will be sitting with the North Node via your orderly sixth house of health and due diligence while opposing the South Node in your 12th house of closure and karma.

Where are you headed? Does your current routine align with your mind, body, and soul? The universe is asking you to look within. For you, Libra season is all about taking the necessary risks at hand, and it's time you set the necessary boundaries to make that happen. One thing's for sure: The fall season marks the beginning of something pivotal in your life, Aquarius.