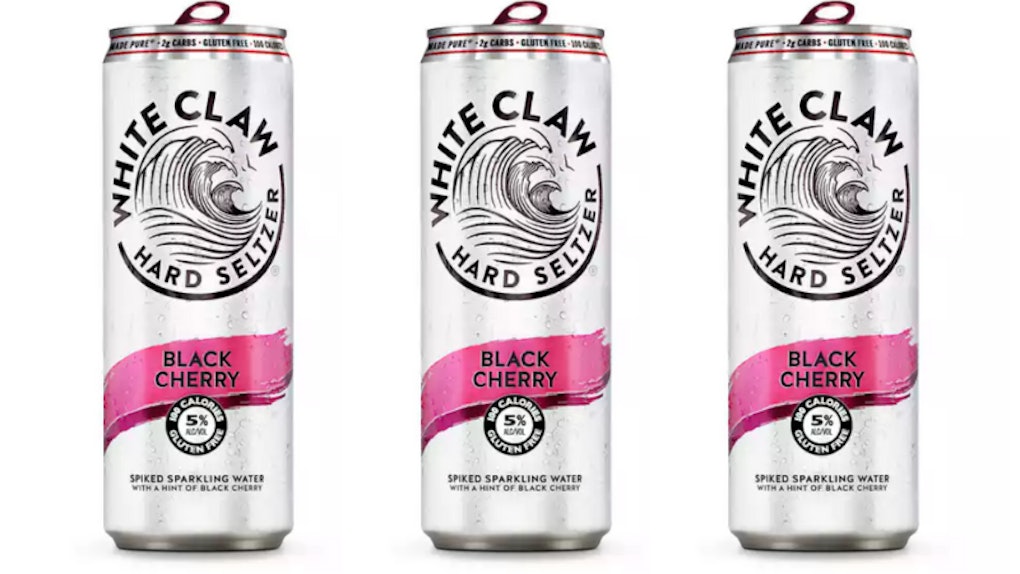 There's A White Claw Shortage In The U.S., So Summer Really Is Over

If you need further proof that patio season is coming to a close, the news that supplies are running low for the drank of summer 2019 might just do the trick. According to multiple news sources, there is a White Claw shortage in the U.S., so it's potentially about to get a little harder for you to score your go-to Black Cherry and Grapefruit. However, before you freak out and go ham stocking up with all the variety packs that you can carry, White Claw officials want you to know that it's not going to be like #PopeyesChickenSandwichGate. Here's what to know about the shortage, because it's not as bad as you think.

IMHO, the summer of 2019 might as well be known as the summer of White Claw. The ubiquitous hard seltzer brand has captured the tastebuds of many a casual drinker and even inspired the catchphrase "Ain't no laws when you're drinking Claws." For those who've been chugging Mango Claws like there's no tomorrow, the company gave spiked seltzer devotees a rude awakening on Friday, Sept. 6 when it announced that the sips have become a little too popular and they're now experiencing a nationwide shortage. While this news is enough to inspire widespread pandemonium and a frenzy of shoppers to their nearest grocery store to stock up, the company wants to let you know that things aren't as dire as they appear.

According to officials, chances are that you'll still be able to pick up your favorite 12-pack. All that'll change is that there will be lower stocks of it depending on where you're purchasing your packs from, so in the worse case, you might have to head to another retailer if your first one has run out.

CNN Business, which first reported the story, revealed that White Claw is currently "allocating" its current stock with its distributors to make sure that all markets are still have a slower yet steady flow of Claws coming their way, per Sanjiv Gajiwala, White Claw's senior vice president of marketing.

He told the publication that he hopes that the company can get production back to normal sooner rather than later. "We are working around the clock to increase supply given the rapid growth in consumer demand," he said. "White Claw has accelerated faster than anyone could have predicted."

Meanwhile, Phil Rosse, the president of Mark Anthony Brands which owns White Claw, to the Chicago Tribune that many of the company's markets have been on allocation since last September in response to the extreme popularity of the spiked seltzer. He hopes that by 2020, they'll get back to "a normalized safety stock position."

He said in a statement:

While not completely eliminating intermittent stock outs, we believe this strategy has helped us be in the best position possible on shelf. But with the tremendous response we have had from consumers, understandably, our supply chain has tightened.

From the sounds of things, you'll probably be able to still get your favorite White Claw packs, although maybe in more measured quantities. On the other hand, there's no shortage of spiked seltzer options like Truly, Bon & Viv, and even Natty Light's new hard seltzer to keep those summer vibes going well into fall.