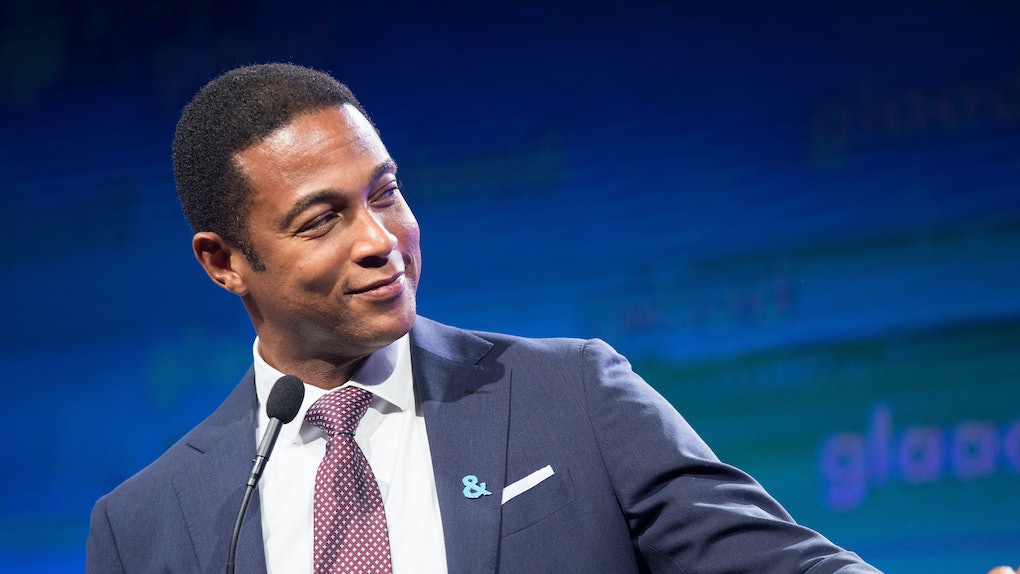 The Video Of Don Lemon's Response To Trump Went Viral, & For Good Reason

The comments were made on Thursday, The Washington Post reported, when Trump apparently expressed frustration over protections for DACA, or the Deferred Action for Childhood Arrivals Program. The program benefits "Dreamers," young immigrants brought to the country as children who receive legal work status and protection from deporation. In his Oval Office comments before lawmakers, Trump reportedly called them "people from sh*thole countries." On Friday, he denied the claim on Twitter, but the White House did not, and Senator Dick Durbin confirmed Trump's language.

On Thursday's CNN Tonight, host Don Lemon laid in on the president and his supporters. Among the first words out of his mouth to start the show: "The president is racist."

Lemon's opening comments set the tone. Later on in the show, he tore into Trump in earnest, avoiding the euphemisms and milder language often employed by anchors to maintain neutrality.

"This is for anyone who may be taken aback by my comments," Lemon began his monologue. "I want to be clear here, I don’t really care if you are. I hope you are." He explained his fatigue at what's amount to years — including the campaign — of listening to Trump.

"For years, I and others have been trying to tell you, the American people, that this man was exhibiting bigoted behavior. I asked him about it a number of times and he denied, but kept up the racist rhetoricand behavior throughout the campaign and now, well he's in the White House," Lemon said.

Lemon turned his attention to Trump's supporters and didn't let them off easy. "His supporters made excuses, continue to make excuses for him. Some of these people I personally know. Some of them are his friends, as a matter of fact, and I can hear them now, telling me, 'Oh Don, Donald didn't mean that, Donald isn't a racist,'" he continued. "How many examples do you need of this? But he is a racist."

"All of you who over the last few years have uttered that tired, lazy, uninformed, uneducated response of calling me and others who point out racist behavior 'racists,' you know what you can go do?" After a dramatic pause, he said: "I can’t say that. But you can go read a history book. Because you might learn that people from some of those 'shithole countries' were slaves who were brought by force to help build this country, and then start your learning process from there."

Lemon slammed Trump's supporters once more for defending him.

"What does it say about you that, no matter what, you continue to make excuses for this man, for his vile behavior," he continued. "Doesn't that make just as bad, if not worse, than him?"

Lemon's speech was met with mixed reactions on social media, but many were positive.

At another point in the show, Lemon had a panel of guests to talk about Trump's comments. Things turned heated when Lemon called on conservative commentator John Fredericks, who said it was "easy" and "lazy" to try to make Trump's DACA comments all about racism. Lemon cut Fredericks off and had him pulled from the screen, saying, "We can have this conversation but we don't need someone who's going to make excuses for racism."

On Twitter Friday morning, Charles Blow, another of Lemon's panelists from Thursday night, said he was "totally wiped out" from the discussion. (It's understandable.)

Using strong language about a president and his supporters isn't the common tack taken by traditional news anchors, but Lemon wasn't alone in his unabashed criticism.

Lemon was joined in calling out the president's racism. On CNN's Anderson Cooper 360 Thursday night, Cooper called Trump's comments racist and defended the people of Haiti in an emotional speech.

The newscasts looked quite differently over at Fox News. On The Five, host Jesse Waters defended Trump's comments as being "how the forgotten men and women of America talk at the bar."

One thing is clear after Thursday night's display: the playbook is out the window, and calling out apparent racism — even if it comes from the prseident — is here to stay.