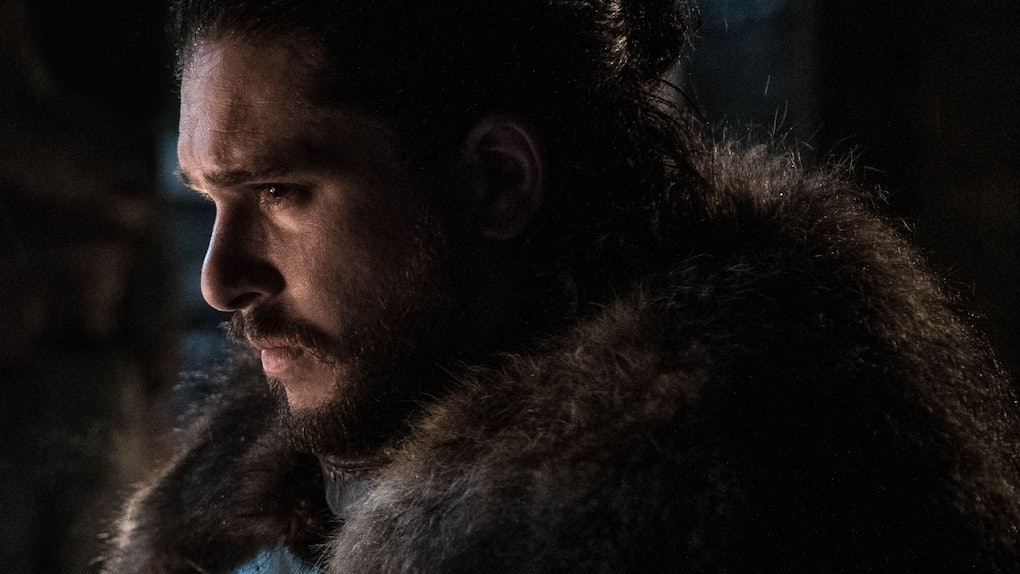 The Trailer For 'Game Of Thrones: The Last Watch' Doc Will Make You Sob Like Kit Harington

Fans only have one week left before Game of Thrones ends for good. It's a hard one for those who have followed the show from the very beginning. I personally have been writing about the show for a decade, and am not sure what I'll do with myself after it ends, other than maybe go to the beach. But fans don't have to worry about next week being the abruptest end it could be. HBO is going to let everyone down easy with an extra Sunday of Thrones content. The trailer for Game Of Thrones: The Last Watch promises a deep dive behind the scenes of what it takes to put a season of the world's biggest show together.

Directed by acclaimed documentary filmmaker Jeanie Finlay, the documentary team was embedded in the production from the first days of the final season. HBO has done many behind the scenes interview clips over the years, including the Inside the Episode clips the Game Revealed shorts on YouTube, and even small 30-minute documentary specials about the show's creation, like 2015's A Day In the Life. However, this is the first serious study that focuses on how all parts of the show come together over the full course of filming.

Check out the trailer.

Kit Harington talked several times during the run-up to the Season 8 premiere about how he cried at the first table read for the final season. One reason for his emotions running high was that, unlike everyone else, he waited until the table read to crack open his scripts. So while Maisie Williams already knew, say, who took down the Night King, for Harington, or Emilia Clarke already knew she would destroy King's Landing, for Harington, these twists came as a shock.

But that's not all viewers will get to see in this documentary. According to the synopsis, it's about how everyone who worked on the show for so long learns to say goodbye:

Made with unprecedented access, Game Of Thrones: The Last Watch is an up-close and personal report from the trenches of production, following the crew and the cast as they contend with extreme weather, punishing deadlines and an ever-excited fandom hungry for spoilers. Much more than a "making of" documentary, this is a funny, heartbreaking story, told with wit and intimacy, about the bittersweet pleasures of what it means to create a world - and then have to say goodbye to it.

Game of Thrones: The Last Watch will run two hours, and almost certainly be chock full of spoilers for the season as a whole, which is why the trailer wasn't released until there was only one episode left and shows very little anyway. For the hardcore Game of Thrones fans who are looking for ways to say goodbye to the series, this looks like a perfect spot on the Memorial Day Weekend calendar to sit down with the family and grieve for the end of one of television's last communal viewing experiences.