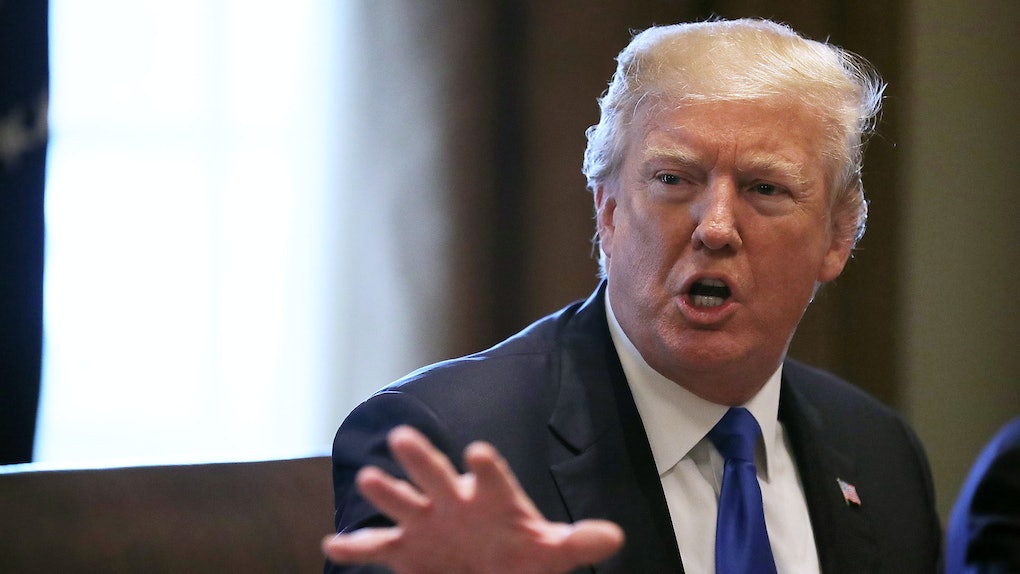 Oh 2018, what an interesting year you've already been in just these nine short days. Following explosive suggestions that President Donald Trump is mentally unfit for office, the president went on the defensive and asserted that he is a "very stable genius" in a series of mind-boggling tweets. And now both the question of Trump's mental fitness and the tweets he posted have resulted in an actual legislation proposal, the "Stable Genius Act," which we can safely assume would ensure that unstable non-geniuses never step foot in the Oval Office.

This new bill was introduced on Jan. 9 by Rep. Brendan Boyle (D-Pa.), who has been an opponent of Trump's administration. "The President believes he is a ‘stable genius.’ I do not,” Boyle states in a press release which details his reasoning for the proposition of the bill. The "Stable Genius Act" would essentially require that presidential candidates undergo standard medical examination and make the results open to the public prior to the day of election. The test and availability of its results would ensure that voters have all the necessary information to make a complete decision when choosing who to vote for.

Boyle also announced the introduction of his bill via Twitter, where he outlined his choice for the use of the term "stable genius" in its title. "Stable genius" is actually an acronym, with each letter of the phrase creating a word or group of words that themselves justify why this bill is necessary. The tweet explains, "Standardizing; Testing and; Accountability; Before; Large; Elections; Giving; Electors; Necessary Information for; Unobstructed; Selection; Act to ensure that Presidential candidates are fit to lead."

More specifically, Boyle's legislation specifically wants to ensure that presidential candidates that have already won a party nomination file a report with the Federal Election Commission (FEC) that confirms their completion of the examination "by the medical office under the jurisdiction of the Secretary of the Navy," and underscored that FEC reports are available to the public online. Boyle explains further,

President Trump’s reckless, erratic behavior has exposed a critical flaw in our existing election process. Before voting for the highest office in the land, Americans have a right to know whether an individual has the physical and mental fitness to serve as President of the United States. ... My legislation provides a much needed safeguard to ensure that future presidential candidates meet the basic standards of a proper, uniform medical examination, and that this information is available to the American public before voting for the Office of the Presidency.

Though I never thought that this country would come to the point where legislation with a title like the "Stable Genius Act" would actually happen, it's not surprising given what has happened regarding the presidency over the past couple of days. Prior to the Jan. 5 release date of the book, Fire and Fury: Inside The Trump White House, promotional excerpts detailing reports from inside Trump's White House caused quite a ruckus. The accelerated media attention prompted Trump to respond via Twitter (of course) on Jan. 6, in a trio of very concerning tweets where he maintained his status as a "very stable genius."

This dizzying series of tweets had the general public concerned, and now it looks like lawmakers are taking serious action amid this questioning of how competent Trump is to continue serving as this nation's president. The act itself is a definite jab at Trump given its title, but there are serious underlying issues that are being addressed here.

Because really, shouldn't an act like this, where the public can ensure that presidential candidates are fit for the job, already be in place? Despite the silliness of legislation dubbed as the "Stable Genius Act", it might be necessary for the country's political future. Rep. Corey is making a valid point, and Washington should take notice.