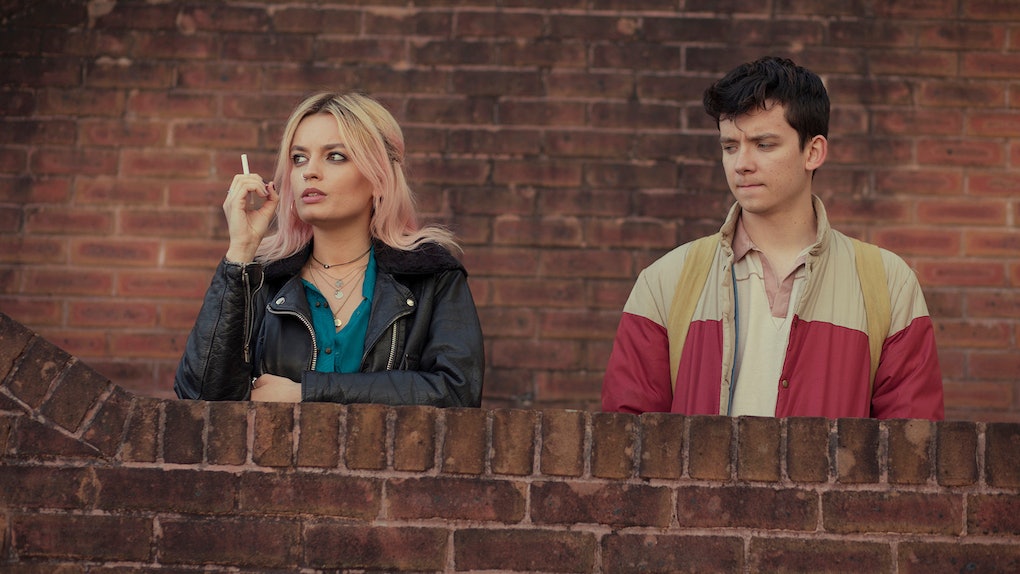 Get ready for a hilariously awkward start to the new year, because Netflix has finally announced when fans can expect the new season of Sex Education to drop. The British teen series won tons of fans when it premiered at the beginning of 2019, and now the pubescent dramedy is prepared to take 2020 by storm as well. Luckily; fans won't have to wait much longer to get more of the show; the Sex Education Season 2 premiere date is set for very early on in the new year.

Netflix delivered the news that Sex Education fans have been waiting for all year on Monday, Nov. 25, when the streaming service announced on social media that Season 2 will become available on Jan. 17, 2020. The early 2020 premiere date should not come as too much of a shock to fans, considering it marks nearly exactly a year since Season 1 debuted on Jan. 11, 2019. But while it may not be a surprise, the announcement will definitely have excited, since Season 2 promises to pick up on multiple cliffhangers from the Season 1 finale.

Along with the premiere date announcement, the Netflix UK and Ireland Twitter account shared key art for the upcoming season, featuring the show's main cast all posing together in a field.

On another official Netflix account, the streamer shared character posters for the new season, featuring the leads in portrait form.

Fans can also get a taste of what the new season has in store thanks to some details from Deadline. In Season 2, Otis (Asa Butterfield) will be awkwardly coming to terms with his sexual urges as he enters into a relationship with Ola (Patricia Allison), while also dealing with his volatile friendship with Maeve (Emma Mackey). A chlamydia outbreak at school certainly will not help matters, nor will the fact that Otis' mom Jean (Gillian Anderson) is getting more involved with Ola's dad Jakob (Mikael Persbrandt).

Of course, there are a bunch of other pressing questions Sex Education fans really want answers to in Season 2. Chief among them is what will happen between Adam and Eric. Season 1 ended with the two hooking up, only for Adam to be shipped off to military school right when he was beginning to come to terms with his sexuality. Then there's also the question of Jackson, the school golden boy who has grown much more jaded after being dumped, lied to, and taken advantage of.

Since Season 2 is not getting here until the new year, fans have plenty of time to refresh their memories on Season 1 and to prepare for the brand new episodes. Be on the lookout for Sex Education Season 2 to appear on Netflix on Jan. 17, 2020.