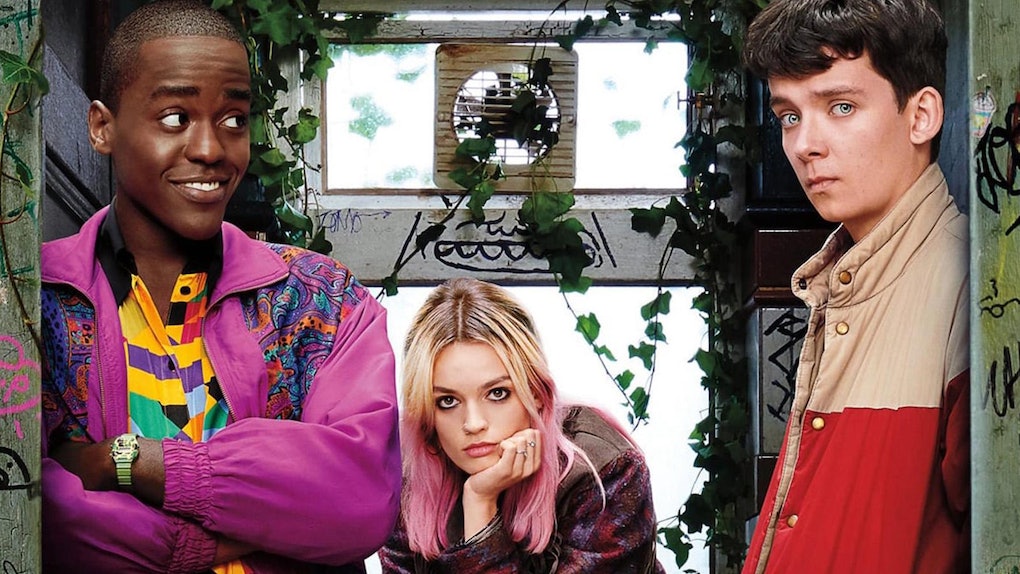 Will There Be A 'Sex Education' Season 2? Fans Are Desperate For More

We are only a couple of weeks into 2019, but Netflix may have already given us what will likely be one of the best new series of the year. The first season of Sex Education introduces viewers to teenager Otis Milburn, who is wise beyond his years about sex thanks to his frank therapist mother Jean, but is personally repressed sexually. He is able to put his knowledge to good use by opening an underground sex clinic at his school with the school's "bad girl" Maeve Wiley. Season 1 ends after just eight episodes, though, so will there be a Sex Education Season 2? There are so many reasons why fans really need more episodes of this show.

Unfortunately, Netflix has not yet officially renewed Sex Education for a second season, but it definitely seems like fans can look forward to the streaming service picking up another season pretty soon. Not only has Sex Education been a viral hit on social media, but Netflix even made the rare decision to release some viewership numbers regarding the new dramedy. Famously, Netflix does not release ratings for its shows, so the fact that the streamer shared that Sex Education was on track to hit 40 million views in its first month is a huge sign that the show will likely be renewed.

Another reason for a second season is that fact that the Season 1 finale of Sex Education ended with a ton of cliffhangers. Fans of the show were left with a ton of questions after that shocking season finale, and now we are dying for a second season to give us the answers we need. Before we go over all of the biggest questions that Sex Education fans need Season 2 to answer, consider this your Spoiler alert to not read on if you have not yet finished Sex Education Season 1 yet. OK, now let's get into the burning questions we have for Season 2:

1. What's going to happen with Adam and Eric?

The most shocking moment of the finale came when school bully Adam hooked up with a newly confident Eric during detention. But just when it looked like Adam was beginning to embrace his sexuality and things were finally looking up for Eric, Adam's father shipped him off to military school. So what does this mean for the fledgling relationship? Will Eric find some way to see Adam again? Will Adam continue to explore his sexuality at military school? Fans can bet Season 2 will get into all that.

2. Is there hope for Maeve and Otis?

As in most romantic shows, the two leads are almost always built up to end up in a relationship together. Sex Education is no different — Otis and Maeve grow close throughout the first season, and even though it is clear that they like each other, the season ends with Maeve discovering Otis kissing Ola just as she was preparing to profess her feelings for him. Of course, we know that Otis also has feelings for Maeve, so Season 2 will likely explore their relationship even more.

4. Is Jean going to publish her book?

At the end of the season, Otis found out that his mother was writing a sex therapy book that was a thinly veiled analysis of him. Jean apologized to Otis in the end, but it remains to be seen whether she will totally scrap the book or go ahead with publishing it. There's also the question of whether Jean will keep seeing Jakob, which could get messy if both of their children are dating one another.

5. What is next for Jackson?

Jackson started out the season as the school's golden boy, but ended up much more conflicted about his place in the world. After Maeve admitted she didn't love him, Jackson still tries to stick up for her by threatening to back out of an important swimming competition unless Mr. Groff agrees to keep Maeve enrolled in school. But that backfires on Jackson as well, when Mr. Groff goes back on his word. Season 2 will likely show us a much more jaded Jackson, after having been broken up with, lied to, and fanned the flames of rebellion for the first time.