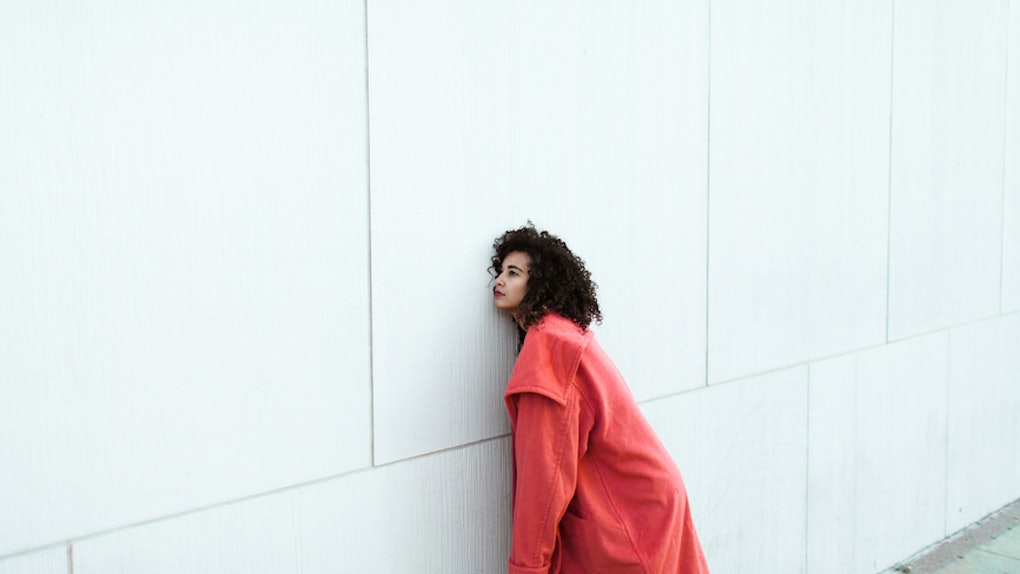 The Resolution You're Not Going To Keep, Based On Your Zodiac Sign

Ugh, resolutions. They're complicated, right? Everyone wants to make changes for the better when the new year rolls around. Even if you're someone who hates to make resolutions, chances are you've at least thought of something in your life that you wouldn't mind shifting just a little bit. Well, I'm here to tell you all about the resolution you're not going to keep based on your zodiac sign. Look, I'm not trying to be a jerk here; I just want to make things a little easier for you — I promise.

See, change comes slow, but it comes! Since we all have such unique personalities, some characteristics can be a lot more difficult to get a hold of than others. So when we go for big New Year's resolutions based on our biggest flaws, chances are we're going to trip up a little bit. But really, that shouldn't discourage you from trying, because believe me, you will get there. If your resolution is to start getting up at 6 a.m. every day, but you're a Taurus who simply needs to stay between the silky sheets because of your love of all things pleasurable, you might want to try setting the alarm for 8 a.m. first. See what I'm saying?

Allow astrology to guide you into 2018 on the right foot. Here's the resolution you're definitely not going to keep in the new year, according to your zodiac sign.

Taurus Might Have Trouble Kicking That Online Shopping Habit

Yeah, you tend to be a little materialistic at times, Taurus. Unfortunately, that's not going to stop just because you've decided to ease up on the shopping come 2018.

Sure, you tell yourself you love to shop because you're simply the kind of person who enjoys the finer things in life. But listen, all that stuff can put a hole in your soul, and of course, your bank account.

If you're trying to come up with a resolution related to your spending and shopping habits, why not make the goal to save up for something experiential, like a trip for you and your mom, or taking a loved one out to a nice dinner? Because TBH, giving really is the best gift of all.

Geminis Need To Cut It Out With The Mind Games

OK Gemini, so you happen to be really, really good at getting what you want, partially because you've got a ridiculously high level of emotional intelligence. But sometimes, that can come awfully close to manipulation of others.

While you may want to keep others' best interests at heart in the new year, you've spent so much time looking out for number one that it's probably a hard habit to break. Consider quitting the mind games and practice simply telling people what you want, instead of trying to get to the point without being straightforward.

Cancer, Getting A Hold Of A Bad Attitude Takes Time

So, you've made the resolution to stop being so darn moody and impatient with people. But the truth is, Cancer, you can't just wish away that crabby attitude. It's going to take a little bit more work on your end.

Sure, you might find yourself snapping at your SO as soon as Jan. 2 rolls around, but that doesn't mean you have to do away with your goals altogether. How about making sure to stick to some mood-boosting habits, like exercise, relaxing baths, and keeping a journal? It can't hurt!

Leo, Just Come To Terms With How Much You Love Yourself

If you're a Leo, I'm willing to bet you're probably trying to stop spending so much damn time getting ready in the new year, because yes, you tend to be a bit vain sometimes. And yet, you're still missing the subway because you just had to change into a cooler pair of pants.

Give yourself a time limit in front of the mirror in the morning. You can still take those selfies in the bathroom and love the crap out of yourself, but it's not really worth being late to work, right?

Aries, It's Jan. 1, And You're STILL Yelling At Traffic

You can't exactly buy the patience you're looking to have in 2018, Aries. Practice makes everything easier, so even if you find yourself yelling out the window at some a-hole who cut you off on the road, take a deep breath, and remember there's always something to smile about. You just might need to look at someone or something other than the guy riding your *ss during your commute.

Virgo, It's Harder Than It Seems To Stop Gossiping

Perhaps you've made a new year's resolution to only talk about things that pertain to your own life, and not about Cynthia who works at the desk next to you, and how she's obviously flirting with everyone all the time even though she's supposedly in a committed relationship.

Libra, You Said You Your Bus Was "Late," But TBH, You Overslept

And because you're so charming, Libra dear, you can get away with it, despite the fact that you're making a resolution to stop pulling fast ones on people.

When you find yourself slipping into those old patterns, slide back and just be honest about your faults. As Mark Twain says, when you tell the truth, you don't have to remember anything.

Obsessive, much? It's cool. You wanted to quit the constant social media scrolling this year, especially when it comes to people who still have a hold on your emotions, but the temptation might turn out to be too great.

It's never too late to put down the phone and back away very, very slowly. Give yourself a time limit for daily stalking and actually stick to it.

Channeling Anger In Healthy Ways Can Be Hard For A Sagittarius

When you get the urge to hurl a trash can at your boss, you tend to get snappy with your BFF instead. You said things were going to be different for the new year. You were going to let it just roll off your back, Sag, remember?

Bring a little notebook along with you wherever you go, filled with breathing techniques and calming phrases to ease that temper and impatience. Keeping some herbal tea at your desk certainly doesn't hurt, either.

You Promised To Be More Optimistic, Capricorn

On New Year's Eve, you'll be all about the attitude of gratitude. But when the everyday grind returns, your fatalism seems to somehow increase ten-fold, Capricorn.

Sit down at the end of each day, and actually take note — whether it's on your phone or on an actual piece of paper — of all the good things that happened to you. The list might just be longer, and better, than you expect.

Making New Friends Can Be Super Tough For An Aquarius

Hermit-like tendencies, be damned! Aquarius, your goal for the new year is to make more friends, but you and I both know that it's easier said than done, especially if your tendency is to stay at a party for 10 minutes tops, then peace out.

Start off simple, and maybe make the goal to ask more questions when you meet new people.

Resolution: Forget nothing, remember everything.

Listen Pisces, don't be so hard on that brain of yours, even if it makes everything so hard to keep track of. After all, that noggin is also what makes you so creative.

Take simple steps to improve your memory, like keeping an actual datebook or calendar, and check that you actually have everything you came with whenever you leave a party.

More like this
The Netflix Reality Show You Should Watch, Based On Your Zodiac Sign
By Chelsea Jackson
The Mythical Creature You Are, According To Your Zodiac Sign
By Roya Backlund
28 Captions For April Birthdays That Will Put A Little Spring In Your Selfies
By Marisa Casciano
Stay up to date