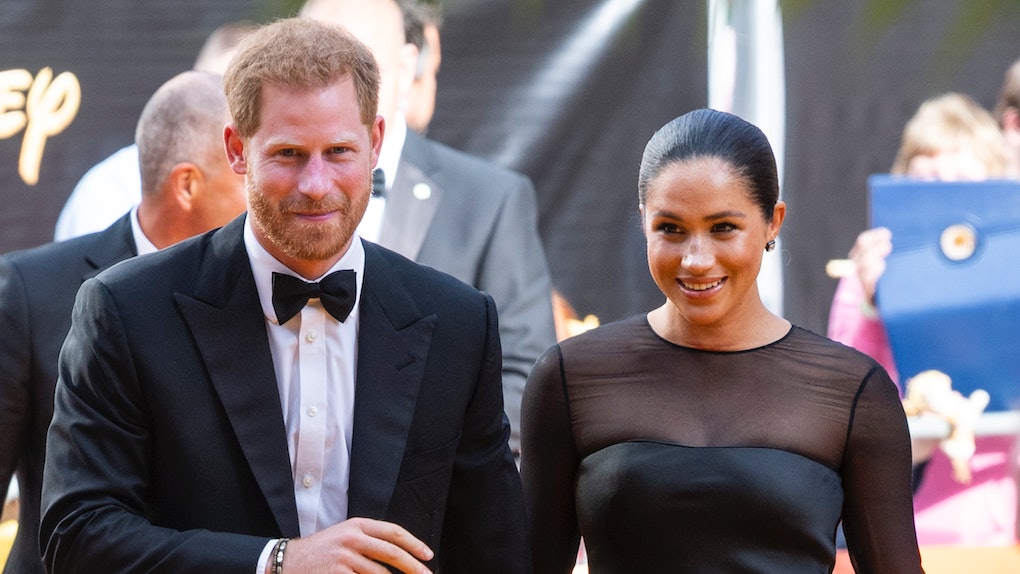 Duchess Meghan has had a lot of big decisions to make in recent weeks, like whether or not to join Prince Harry and the royal family at Sandringham on Monday, Jan. 13, to discuss the couple's life after stepping down as senior royals. In the end, Meghan reportedly wasn't present for the meeting. The reported reason Meghan didn't join the royal family meeting makes sense.

The royal shakeup began on Wednesday, Jan. 8, when Meghan and Harry released a lengthy, surprising statement about their future. In the Instagram post, they revealed they "intend to step back as ‘senior’ members of the Royal Family and work to become financially independent." As you can imagine, stepping back from their royal roles isn't as straightforward as putting in your two weeks notice at work. So, from there, meetings were scheduled and discussions were planned.

Meanwhile, Meghan headed back to Canada — where she and Harry plan to split their time going forward — to be with baby Archie. To some, it seemed odd that Meghan wouldn't be present for the discussions about her future with Harry, Prince William, Prince Charles, and The Queen. But, The Sun's royal correspondent, Emily Andrews, reports that according to a Palace aide, "in the end, The Sussexes decided that it wasn’t necessary for The Duchess to join [the summit]." Buckingham and Kensington Palace did not respond to Elite Daily's request for comment on the report.

After the summit took place on Monday, The Queen released a very rare, and supportive, statement.

Today my family had very constructive discussions on the future of my grandson and his family," she said. "My family and I are entirely supportive of Harry and Meghan’s desire to create a new life as a young family. Although we would have preferred them to remain full-time working Members of the Royal Family, we respect and understand their wish to live a more independent life as a family while remaining a valued part of my family. Harry and Meghan have made clear that they do not want to be reliant on public funds in their new lives.

The Queen also noted that it has "been agreed that there will be a period of transition in which the Sussexes will spend time in Canada and the UK."

Though, according to The Queen, "there is some more work to be done," it seems like the members of the royal family are moving forward with Harry and Meghan's best interests in mind.