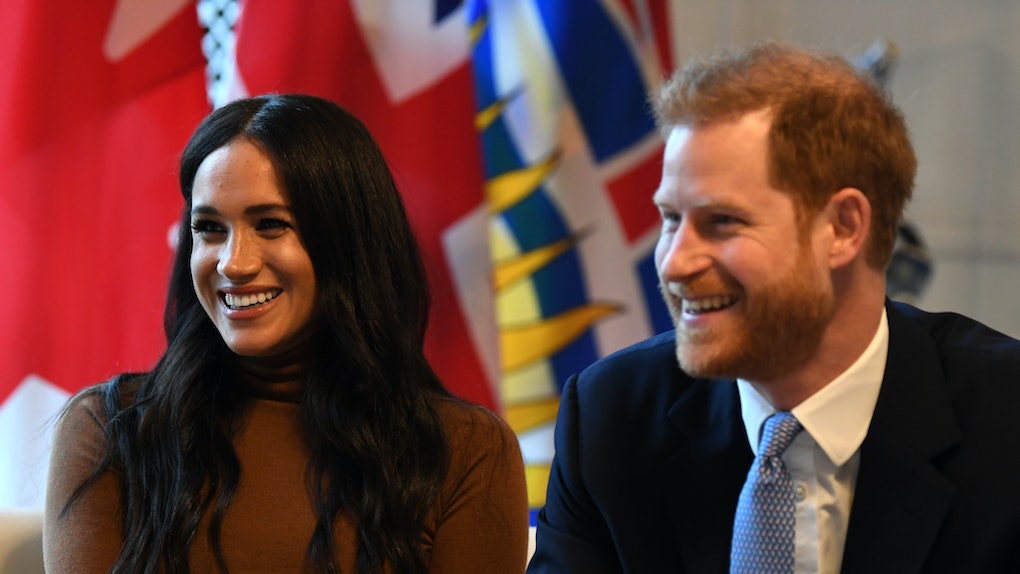 There's big change coming for the royal family, according to a new post shared by Prince Harry and Meghan Markle. After a whirlwind holiday spent in Canada, it sounds like the couple and baby Archie plan on spending much more time there moving forward. Meghan and Harry's Instagram about "stepping back" from their royal roles was so surprising — and their fans are cheering them on.

The couple shared a lengthy statement announcing the big change on Instagram, writing:

After many months of reflection and internal discussions, we have chosen to make a transition this year in starting to carve out a progressive new role within this institution. We intend to step back as ‘senior’ members of the Royal Family and work to become financially independent, while continuing to fully support Her Majesty The Queen. It is with your encouragement, particularly over the last few years, that we feel prepared to make this adjustment.

By the sounds of it, the couple is planning on devoting more of their time to charity work, which is so sweet, and they'll be splitting their time between the United Kingdom and North America.

This geographic balance will enable us to raise our son with an appreciation for the royal tradition into which he was born, while also providing our family with the space to focus on the next chapter, including the launch of our new charitable entity.

Naturally, Twitter can barely handle the shock of the news, but the overwhelming sentiment from fans is support for Meghan and Harry following their hearts.

Memes are already flooding the Twittersphere and they're pure hilarity.

This announcement arrives after Markle faced relentless media scrutiny from tabloid press since marrying Prince Harry in 2018, which could play into the outpouring of love and support from their fans.

In October 2019, she opened up about the difficulties of raising a child in the public eye, and the emotional interview went viral.

"Any woman, especially when they're pregnant, they are vulnerable. So, that made things very challenging, when you have a newborn," Meghan said in the ABC documentary, Harry and Meghan: An African Journey. "Not that many people have asked if I'm OK."

Cheers to the couple for kicking the status quo to the curb and doing what's best for them. In 2020, it's a new decade, and new rules for the royal family.