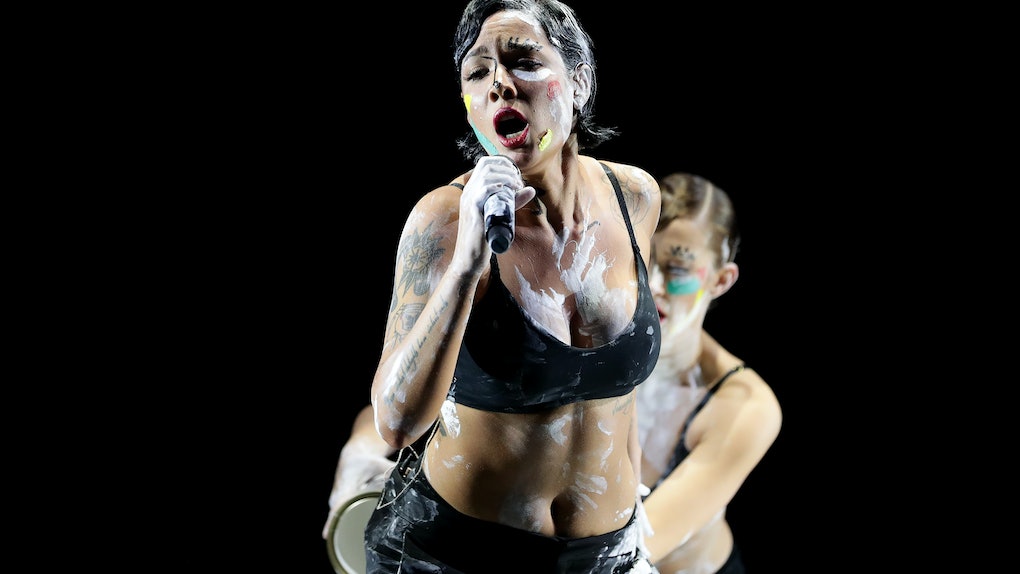 If you were disappointed when Halsey took to social media on March 1 to announce she was taking a break from touring, I'm right there with you. But she does have her reasons for doing so. Halsey gave fans a deeper explanation on the decision during her recent tour stop in Dublin. The reason Halsey is taking a break from touring after Manic is actually so understandable.

In between rocking the stage in Ireland, Halsey took a few minutes to have a more serious moment with the crowd, explaining why a break is much-needed for her.

She continued, "But something's started happening where you guys have started to grow up faster than I was. And I'm supposed to be the one who writes the songs that help you and stops you from making mistakes. But how can I do that if you're growing up faster than me?"

Halsey revealed she believes she needs to focus on herself before making more new music. "So, that's why I'm taking this break. So that I can go away and I can do a little bit of growing up and come back and write you the best f*cking album you've ever heard," she told the crowd.

You can hear Halsey's speech for yourself below.

Halsey is still in the midst of her Manic tour, but fans were left shell-shocked when she took to Instagram to announce it would be her last tour for a while.

"I think 2020 will mark the end of me touring for a very long time. Thank you for making the memories so special. I am cherishing every single night," she captioned the post.

A break from live shows is bound to be bittersweet for both fans and Halsey herself, but cheers to Halsey for prioritizing her self-growth above all else. Fans are loving her latest album Manic, but if Halsey thinks she can one-up herself with an even better record, I'm here for it.