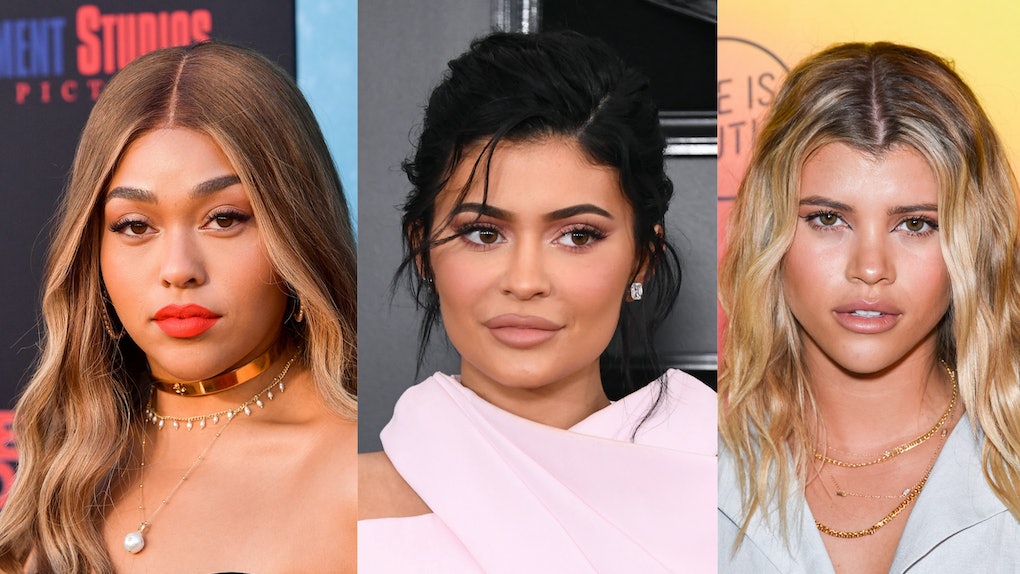 The Photos Of Kylie, Jordyn, & Sofia Wearing Matching Coverups Have Me So Confused

There's always some kind of drama happening in the Kardashian-Jenner household and that's why they have a hit reality show. As you probably know, Kylie Jenner seemingly cut ties with her longtime bestie Jordyn Woods back in February after the infamous Tristan Thompson drama happened. Since then, Jenner has seemingly found a new best friend in Sofia Richie, who also happens to be dating Kourtney Kardashian's ex and father to her three children, Scott Disick. (Kardashian has been unbelievably chill about this development, so no drama there.) Meanwhile, Woods has become close friends with Megan Thee Stallion. I don't know what the deal is with all of them, and these photos of Kylie Jenner, Sofia Richie, and Jordyn Woods wearing matching coverupsaren't helping.

I would totally call it a coincidence if they wore the same outfits over a long period of time, but the trio wore matching clothes just hours apart from each other. Whether that's a coincidence or not, well, you tell me.

Woods was the first to reveal the outfit. On Aug. 12, she posted a picture of herself hanging out with Megan Thee Stallion. The photo, which Woods captioned, "real hot girl sh*t💋," shows her wearing a skin-tight, multicolored bathing suit coverup. According to InStyle, the dress is by Louisa Ballou and it's called the Night Bloom Ruched Mesh Dress.

A day later on Aug. 13, Jenner shared a video of herself and Travis Scott jumping off a yacht (they were on vacation celebrating Jenner's birthday), and guess what? Jenner was literally wearing the same Louisa Ballou dress as Woods!

When I saw the video, I thought maybe it was just a coincidence. I mean, based on its transparent pattern and the fact that Jenner was wearing it while jumping off a yacht, I'm guessing the dress is probably in style this summer. It seems like a perfect fashion choice for a nice day out, and maybe that's why Jenner and Woods decided to wear the dresses now.

At least, that's what I thought... before Richie shared a picture of herself wearing the same exact dress just three days after Jenner's post.

If you don't believe me, take a look for yourself.

You see what I mean? Jenner, Richie, and Woods wore matching outfits just days apart from each other and I don't know what to do with this information, y'all.

I was thinking that maybe all three ladies already had the dress hidden somewhere in their closets and Woods' post just reminded them all about it (I mean, have you seen Jenner's closet tours? She has so many clothes!), but according to People, Jenner unfollowed Woods on IG earlier this month, so that's probably not it.

Hmm, maybe it was just a coincidence? Whatever the reason, Jenner, Richie, and Woods all looked absolutely gorgeous in their outfits! I guess transparent multicolored dresses are in this summer, y'all!