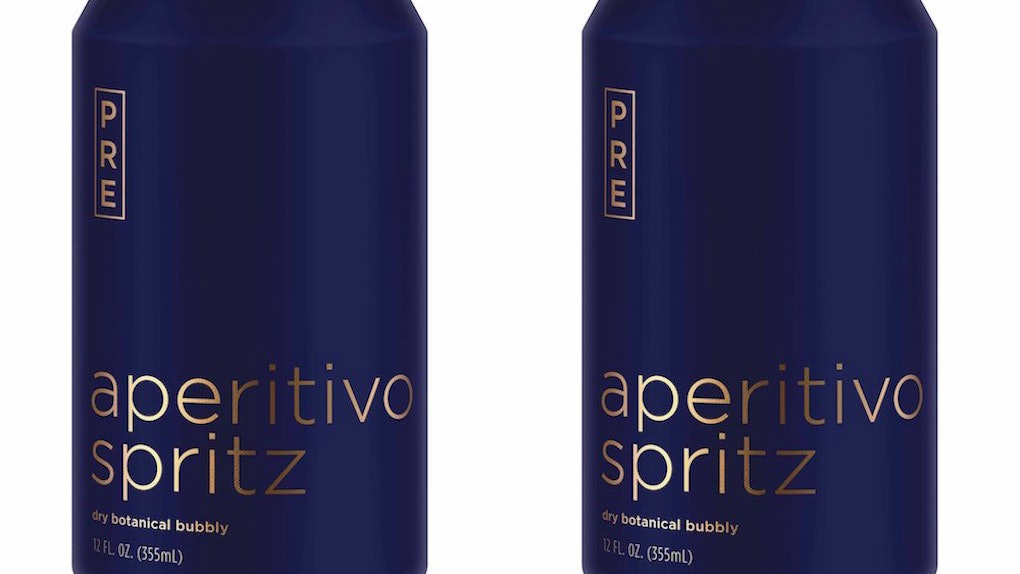 The month of March can be a major tease. Although it technically kicks off the spring season, it usually ends up being the coldest few weeks of the year, complete with unannounced snow storms, lots and lots of ice, and — of course — a ton of unwanted freezing rain. In all honesty, though, all I want right now is to soak up a little sunshine on my rooftop with an ice cold beverage in my hand. One drink I'm seriously looking forward to sipping during all my summer happy hours is the pH Experiment's Pre Aperitivo Spritz canned beverage. Definitely sign me up for some of that.

In case you haven't heard, the Craft Brew Alliance (which you might know as the CBA) is in the midst of launching a brand new company called the pH Experiment, according to a March 5 CBA press release. With plans to release a series of canned alcoholic beverages, the pH Experiment's very first product will be the one and only Pre Aperitivo Spritz. I can already tell that having one in my hand will automatically make me feel classier.

The pH Experiment's Pre Aperitivo Spritz, according to the press release, is a flowery, bubbly beverage that tastes just like your classic Italian aperitivo. It's available in 12-ounce six-pack cans and clear bottles, it's gluten free (ooh) and with a 6.6 percent ABV, I can pretty much guarantee that three will be my limit.

The concept of the Pre Aperitivo Spritz was developed and created by one of CBA's Innovation Brewmasters named Thomas Bleigh, according to a press release. Through various focus groups, Bleigh's brew team determined that the Aperol Spritz is a summertime favorite, which inspired him to create none other than the canned Pre Aperitivo Spritz.

According to the press release, Bleigh said:

During focus groups with drinkers, ‘Aperol Spritz’ was named as a favorite summer beverage, ranking [No.] 2 behind only beer, so we knew there was an opportunity to do something unique. With Pre, I created an infusion of herbs and spices that I believe really deliver on a classic aperitivo experience.

Luckily, you won't have to wait much longer for these babies. According to Craft Brew Alliance, the Pre Aperitivo Spritz will be going into market in early May 2019. Specifics of where they'll be available is still TBD, but it's been confirmed that they will definitely be available on both the East and West Coast (yasss!).

If you somehow weren't able to tell, I'm a total sucker for RTD alcoholic beverages. For example, I was thrilled beyond belief when Anheuser-Busch added three new Ritas Spritz flavors (yes, three!) to their diverse lineup of canned margaritas and beer products. The brand new sips included: White Peach Rosé, Pear Orange Sangria and Strawberry Blueberry Sangria Spritz. Each and every one of them boasted a lower alcohol content than the company's other beverages, and they were available at retailers nationwide and online. You can bet your bottom dollar I got in on those as soon as I possibly could.

The warm weather isn't here quite yet, but I can already see winter's finish line... and it looks just like a Pre Aperitivo Spritz is waiting for me at the end of it. Summer is looking real classy right about now, if you ask me — this is seriously a happy hour game-changer.