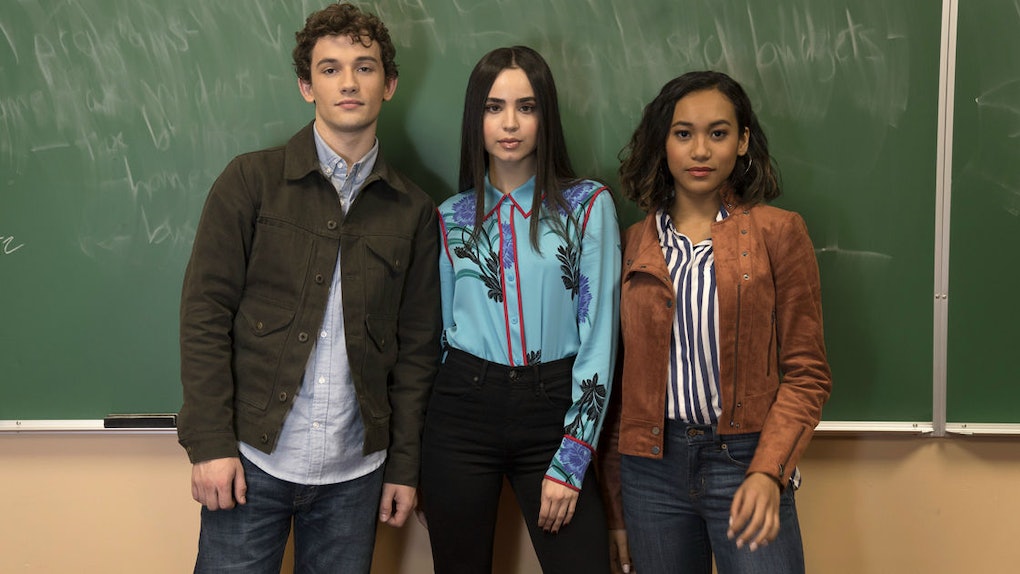 ‘The Perfectionists’ Has Been Cancelled, So Fans Won’t Get A Season 2

The spinoff series was first promised back in May 2018, and though there may have been some excitement from viewers of the original show, after the series aired, it just wasn't getting enough attention. The ultra-popular Pretty Little Liars — which started on ABC Family before the network was renamed Freeform — ran for seven seasons from June 2010 through June 2017. But, unlike Pretty Little Liars, the spinoff, The Perfectionists, didn't seem to immediately get an audience level that could keep the show going.

According to The Hollywood Reporter, the new spinoff of PLL, Perfectionists had some pretty bleak ratings, averaging "under 600,000 viewers after a week of delayed viewing (and a paltry 260,000 the night it aired)," while the last season of Pretty Little Liars in 2017 "gathered about 2 million viewers per episode within seven days of air." Ouch. That's def a huge difference, and even though fans may have wanted the series to continue so it could have a chance to grow those numbers, the viewer ratings data does often predict if a show will be renewed for another season.

The storyline of the series started with Pretty Little Liars characters Alison DiLaurentis and Mona Vanderwaal, played by Sasha Pieterse and Janel Parrish, as adults. In Beacon Heights, Oregon — instead of Rosewood, Pennsylvania — the two, of course, are suddenly involved in yet another a murder mystery. The show was trying to keep up with the success of the original Pretty Little Liars, but I guess it didn't work. Despite that, the show was ready to go for another mysterious event, as the Perfectionists finale mentioned "The Professor," who apparently knew about Taylor (Haley Erin) shooting Jeremy (played by Graeme Thomas King). Since this new twist was already being set up for a potential second season, it sounds like this cancellation came as a surprise to the cast and crew.

Surely, the cast is bummed out. For those who did not watch the show, the cast of PLL: The Perfectionists included some new faces to the Pretty Little Liars list, including Sofia Carson, Sydney Park, Eli Brown, and Kelly Rutherford.

I guess this means that fans may never get to see Emily (played by Shay Mitchell) come back and the revival of Emison. After the pilot episode of PLL: The Perfectionists, fans were wondering if Emily would ever reappear after Alison moved to Beacon Heights because the couple was having issues. And the creator of the show, I. Marlene King, spoke of the Emison ordeal to E! News, admitting, " I don't think it's the end of the story, and I think it's possible that Emison is going to be endgame, but I think it's only fair to Alison that she gets to go on a journey in this world and where she ends up".

Sorry fans, it may be officially over. Unless Freeform decides to launch yet another spinoff of the Pretty Little Liars world, this may be the end of the line.