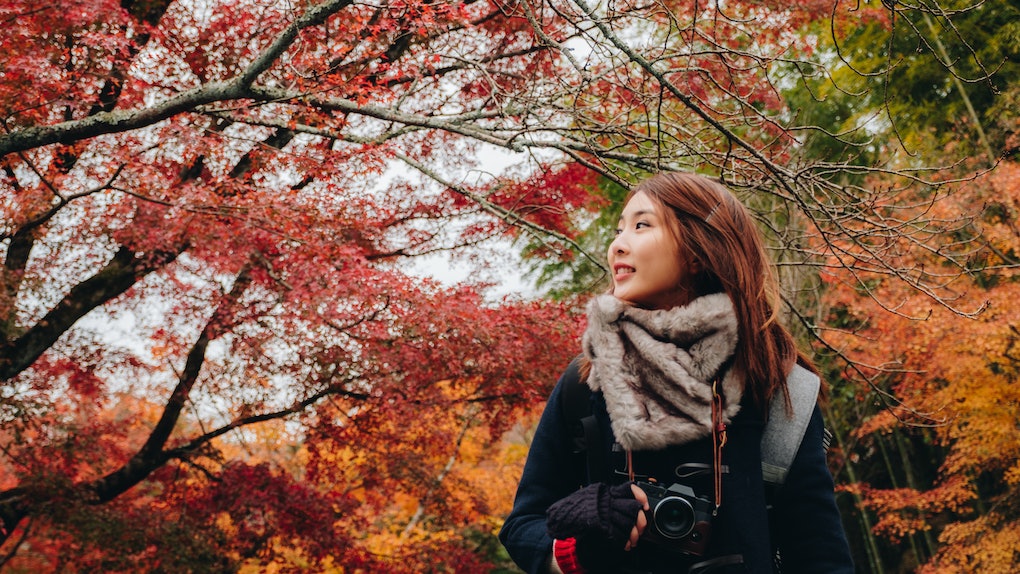 Whether you study the lunar cycle religiously or you're simply enchanted by the cosmos, the ebb and flow of the moon is always swaying with your spirit. Each phase over the course of its 28-day cycle has its own particular effect on you. As the moon waxes, it gains power and strength. As it wanes, it releases and sets free. However, on the new moon, your slate is wiped clean. It's a chance for you to set a fresh intention and begin again. The sky becomes a dark canvas for you to use to create. Paint something beautiful with this opportunity, because the new moon in Libra 2019 is all about inviting more harmony into your life.

My favorite thing about the new moon? If you make a point to begin something during this phase of the lunar cycle, you will most certainly see it grow, expand, and reach a conclusion by the corresponding full moon that happens six months later.

Think of it like this: You're starting another story. You have an idea of where you want it to go, but the universe has a mind of its own and makes its own adjustments. You make choices, react as the plot thickens, and eventually, you wind up somewhere you may not have imagined by the time it's over. Perhaps you made a few missteps along the way. Maybe you tried your absolute best and everything worked out beautifully. Regardless, by the time the full moon in Libra takes place next year, the intentions you set now will have culminated.

Here's everything you need to know about the upcoming new moon and how you might feel under its celestial energy:

Even though Libra is famous for its harmonious and balanced nature, you might feel jolted by the shift that takes place on this new moon. This is because Libra always marks the transition into autumn, meaning you're definitely closing the book on one chapter of your life and starting a new one. This change will most certainly leave you feeling motivated and energized, especially as it forms a conjunction with ambitious and red-hot Mars. The courage will be contagious and you'll feel more than ready to take on all your loftiest plans.

However, you might have a bit of trouble getting started at first. I know that sounds contradictory, but even though this new moon will most likely encourage you to get going, it might also pump the brakes. Forming a square with cold and inhibiting Saturn, you may feel as though you're bumping into a wall when all you want to do is blast through it.

To be honest, the square with Saturn makes this new moon in Libra way less romantic than you might hope. After all, Libra is the zodiac sign of partnerships and beauty, meaning love is often on Libra's mind. But with Saturn laying down the law, you may feel overly protective of your feelings. You might be unwilling to risk rejection or failure for the sake of being vulnerable. However, this doesn't necessarily have to be a bad thing. Saturn just wants to be realistic. It's so easy to idealize love — especially as optimistic Jupiter forms a square with dreamy Neptune — and Saturn just wants to make sure you're seeing things clearly before you do something impulsive or irrational.

I know it may feel like there's some unspeakable force preventing you from doing what you actually want to be doing, so be patient. Accept things most likely won't happen anywhere near as fast as you might have hoped. Trust the universe and know you've got plenty of time. It will be much more worth it in the end.

More like this
The March 2021 Full Moon Is About Establishing Balance & Harmony
By Roya Backlund
Your March 29, 2021 Weekly Horoscope Is All About Creativity & Compassion
By Roya Backlund
What Planets Are Retrograde April 2021? Here's What You Need To Worry About
By Roya Backlund
Stay up to date