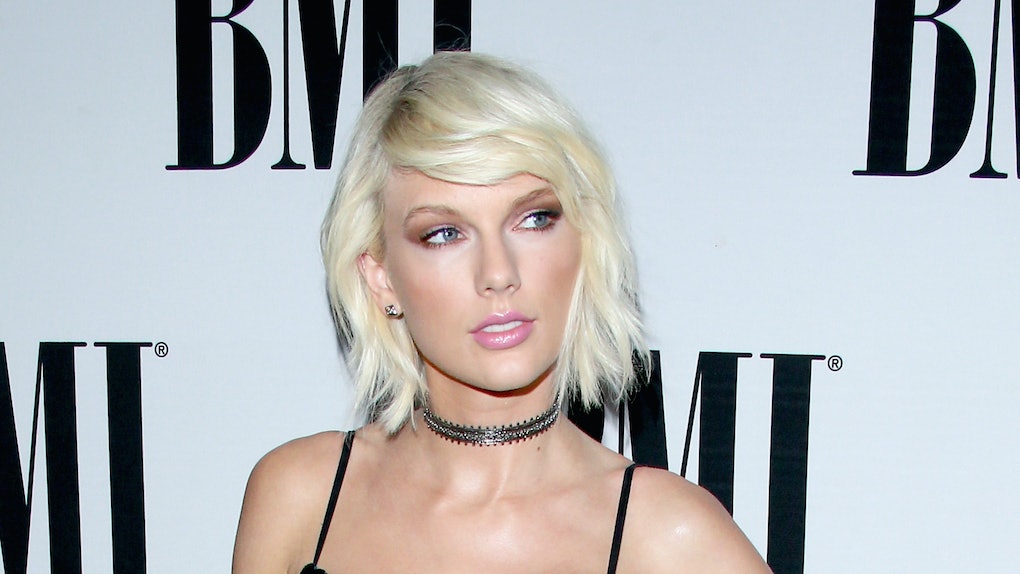 Taylor Swift’s new album, Reputation, is here and basically every song is gold. I think we can all agree on that. The meaning of “Dancing With Our Hands Tied” has so many fans kicking their detective skills into high gear, but what have they discovered? Let's check out the lyrics first.

The song opens with the line "I, I loved you in secret." Then the song continues,

Oh, how were you to know, and

My, my love had been frozen

Deep blue, but you painted me golden

Oh, and you held me close

Oh, how was I to know that

Fans on Twitter seem to be obsessed with the line "Deep blue, but you painted me golden." The next part of the song reads,

I could've spent forever with your hands in my pockets

Picture of your face in an invisible locket

I had a bad feeling

And darling, you had turned my bed into a sacred oasis

People started talking, putting us through our paces

I had a bad feeling

Already getting chills from this. The next part reads:

But we were dancing

And I had a bad feeling

But we were dancing

It's clearly an emotional song filled with a lot of meaning.

I, I loved you in spite of

Deep fears that the world would divide us

So, baby, can we dance

Oh, through an avalanche?

And say, say that we got it

I'm a mess, but I'm the mess that you wanted

Oh, 'cause it's gravity

Oh, keeping you with me

What's the message you're getting so far? In the bridge, Swift sings:

I'd kiss you as the lights went out

Swaying as the room burned down

I'd hold you as the water rushes in

If I could dance with you again

I'd kiss you as the lights went out

Swaying as the room burned down

I'd hold you as the water rushes in

If I could dance with you again

If you haven't heard it yet, be sure to listen to "Dancing With Our Hands Tied" on iTunes.

Fans were particularly intrigued by where “Dancing With Our Hands Tied” fell on the Reputation tracklist:

So, it’s sandwiched between “King Of My Heart” and “Dress,” two songs all about boyfriend Joe Alwyn (with “Dress” being so sexy that Swift's mom had to leave the room when it played at the Secret Sessions!).

So what does “Dancing With Our Hands Tied” mean? You can bet there are a few theories. Check out this fan's tweet for one of the better ideas about the meaning behind the lyrics: “I think this is the 'tragically beautiful' song on reputation. Yes more than even CIWYW. I think we're gonna see Taylor explain the sadness behind just wanting to live her life but not being able to because of everyone who is always coming for her.”

Being a celebrity is truly a double-edged sword, and Swift has often found that her every action is under the microscope. Could “Dancing With Our Hands Tied” have anything to do with that feeling of not being able to live her true life because everyone’s watching?

One fan who attended Secret Sessions noted that “Dancing With Our Hands Tied” was Swift’s dad's favorite song. Hmm.

One lucky Secret Sessions fan would only share this small bit of info:

Other fans explained how it’s all about Swift and her relationship with Alwyn, with one person noting: “Dancing With Our Hands Tied: I think this is what would’ve happen if Taylor and Joe went public.” OK, this idea makes sense.

The couple has kept their relationship remarkably out of sight, considering that Swift is such a huge star. Is this song all about the hard part of being famous?