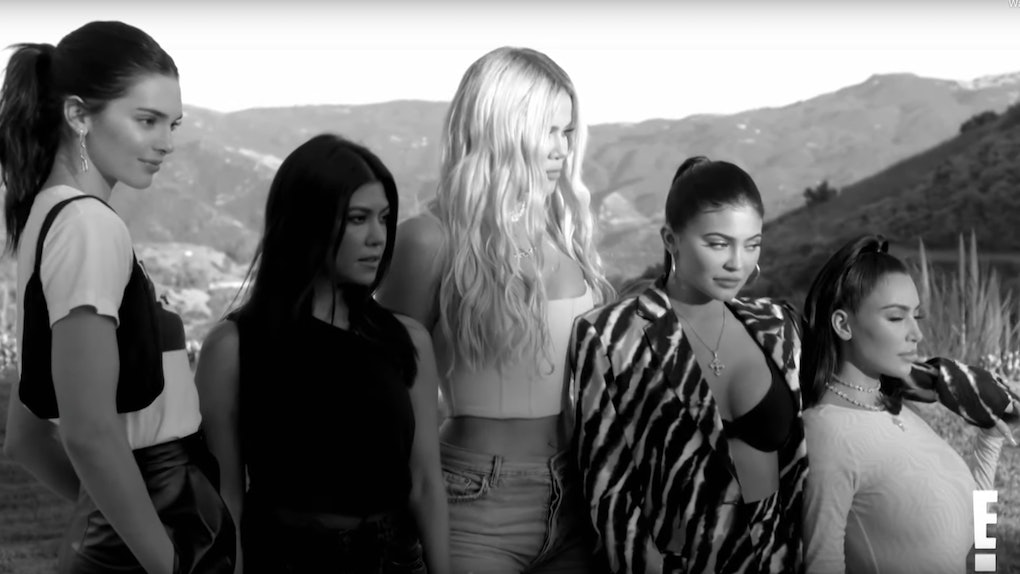 The Kardashians are back, and there's a whole lot to keep up with in the newest season of their show. The E! reality series comes back on Sunday, Sept. 8, and it looks like fans are in for a whole lot of heated moments. The Kardashians basically the First Family of Hollywood, so fans already expect a lot of action from them, and the Keeping Up With the Kardashians Season 17 trailer does not disappoint.

Keeping Up With the Kardashians has been on the air for nearly two decades, so you'd think the celebrity family is pretty much used to sharing their personal lives with the world by now. Nevertheless, the trailer teases that not everything is going smoothly for them in Season 17 of the series. The trailer begins with momager Kris Jenner saying, "This family will never fall apart. For some reason, things are a little bit off." The rest of the trailer proves Kris is probably right in her assessment that things aren't exactly as they should be.

The first hint that something might be wrong comes from Khloé, who's still dealing with the aftermath of the Tristan Thompson and Jordyn Woods scandal. She still has to co-parent with him and in the trailer she sees him at their daughter True's birthday party. So when Khloé says, "My life is filled with drama," you know that's the case.

Relationship drama seems to run in the family, since this season has Kris grappling with her own 25-year-old scandal. The trailer shows her responding to a tabloid allegation that she had an affair with former football player O.J. Simpson, who her late ex-husband Rob Kardashian represented in his infamous 1995 murder case. "After 25 years, you think it just wouldn't be a thing," Kris says through tears.

Multiple health scares also seem to be a big part of KUWTK Season 17. Kim is shown undergoing medical tests as she says, "I feel this in my bones. I probably have lupus." According to the Mayo Clinic, lupus is an autoimmune disease that can be difficult to diagnose because its symptoms — including joint pain, fever, and fatigue — are common in lots of different health issues. In the trailer, Kris tells Kim, "Let's stay positive until we get some results," so hopefully Kim gets good results this season. Meanwhile, it appears Kris goes through a health scare of her own; Kim is filmed rushing to her mom's side as Kris is shown on a stretcher while wearing a neck brace.

Kourtney, however, seems to pose the biggest threat to the family dynamic. In the promo, she says she's annoyed over everyone being "so in my business," and she says that she "can't wait to move away." Khloé yells back, "So, just do it already," which certainly doesn't bode well.

Fans will just have to wait and see how all the drama plays out to find out how the family manages to get through it together — or not.