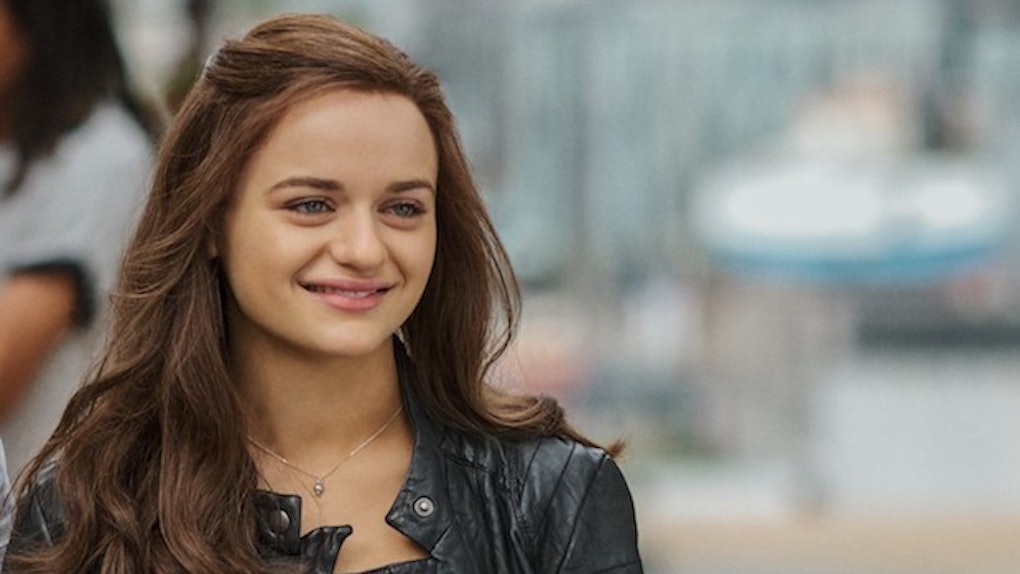 Fans have been waiting a long time to find out exactly when the third The Kissing Booth movie will be released. In July 2020, Netflix announced the second and third movies were filmed back to back, so fans knew a third movie was happening; they just weren't sure when they'd get to see it. Well, it turns out, fans will get to see the final installment in the Kissing Booth trilogy this summer, because The Kissing Booth 3's release date is just around the corner.

Fans first got a hint of when the movie was coming out in November 2020, when King won the People's Choice Award for Comedy Movie Star. (The Kissing Booth 2 also took home the award for Comedy Movie of 2020, FWIW.) During her acceptance speech, King acknowledged what a weird year 2020 had been and said she was grateful The Kissing Booth 2 brought people some joy. "The fact that our movie and my character brought some laughter to everybody at home, that makes me smile," she said. "That makes me feel so good. That makes me feel so happy." But most importantly, she also revealed the third and final film in the franchise would be coming in summer 2021.

And now, we know the exact release date for The Kissing Booth 3. Plus, here's everything else you need to know about the upcoming movie:

During her acceptance speech for Comedy Movie Star of 2020 at the People's Choice Awards on Sunday, Nov. 15, Joey King revealed The Kissing Booth 3 will drop on Netflix in summer 2021. Then, in an April 27 sizzle reel revealing Netflix's movie slate for the summer, King and her TKB co-star Joel Courtney sneakily revealed the date the film will officially drop.

There's no official trailer for the movie yet, but in July 2020, Netflix released a sneak peek. In the clip, Elle (King) ignores a call from the Harvard admissions office while hanging out poolside.

Back in July 2020 when the sneak peek was released, King also revealed the entire cast of The Kissing Booth 2 will return for the third movie. In addition to King, the cast includes Jacob Elordi, Joel Courtney, Taylor Zakhar Perez, Maisie Richardson-Sellers, Meganne Young, and Molly Ringwald.

The Kissing Booth 2 left Elle with a big decision about her future, so the final movie will pick up with her facing her choices. Here's the official synopsis:

It's the summer before Elle heads to college, and she has a secret decision to make. She has been accepted into Harvard, where boyfriend Noah is matriculating, and also Berkeley, where her BFF Lee is headed. Which path should she choose?

The first two Kissing Booth movies are based on the novels by Beth Reekles. But unfortunately for any fans who are hoping to look to the book for hints about The Kissing Booth 3, there is no third book yet. Instead, according to Reekles, The Kissing Booth 3: One Last Time will be released at the same time as the movie. In an Instagram post, Reekles wrote, "I was able to work closely with Netflix for TKB3 and though I can’t say anything yet on the storyline (sorry!) I will tell you... it’s gonna be totally awesome. I really hope you guys love it, too."

The good news is that the wait for plot details won't be too long. By this summer, Elle's fate will be revealed.

This article was originally published on November 16, 2020

More like this
Netflix's Summer 2021 Movie Release Schedule Will Keep You So Busy
By Abby Monteil
'He's All That': Premiere Date, Cast, Trailer, Filming News, & More
By Dylan Kickham
An 'After' Prequel About Hardin & A Sequel About His Kids Are In The Works
By Abby Monteil
Stay up to date