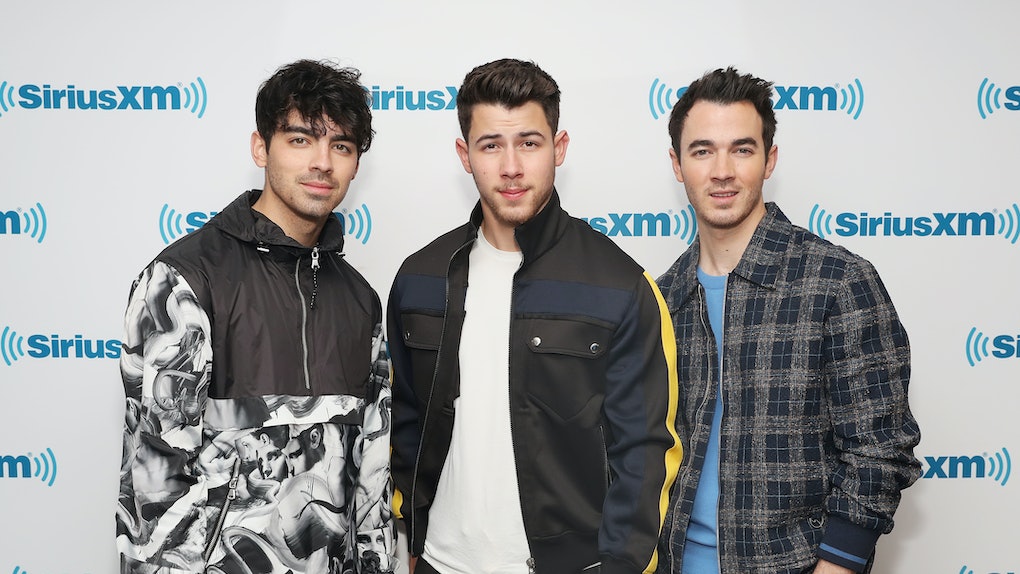 It's, like, I've known the Jonas Brothers are back together, but the fact they're going on tour somehow makes it way more real. The Jonas Brothers' Happiness Begins tour dates are here and yes, babe — they are coming to a city near you. Nick, Joe, and Kevin are all grown up and they're bringing their new sound (read: same exact sound you know and love) and cool vibes to the stage in what is surely going to be a tour for the history books. (Fingers crossed all of their amazing significant others travel with them, too! Right?!)

Frankly, the boys are going all in with 40 shows over the span of three months which will take them coast to coast and all throughout the country. Happiness Begins is the Jonas Brothers' first tour in nearly a decade. As a sweet little bonus, they'll be performing with special guests Bebe Rexha and Jordan McGraw (!) and the tour kicks off on August 7 in Miami, Florida.

That all just feels so right, doesn't it?

“We’re so excited to announce this tour and get in front of our fans again," the Jonas Brothers said in a statement shared by Billboard. "We can’t wait for everyone to see what we have planned!”

Pre-orders for the album launched on Wednesday, May 1, and the entire record will be available everywhere on June 7. That gives die-hards a two-month jump on memorizing all of the amazing tunes before the brothers take it to the stage. As for the tour, folks who have the American Airlines Advantage Mastercard will be able to jump on tickets as early as Tuesday, May 7, at 10 a.m. over at LiveNation.com. Everyone else can grab their seats on Friday, May 10, so mark your calendars!

Check out the full list of show dates below and see which venues and weeks work best for you! Get it while it's hot, America.

More like this
Is Taylor Swift's "Mr. Perfectly Fine" About Joe Jonas? Sophie Turner's Instagram Has Fans Curious
By Brandy Robidoux
When Will BLACKPINK's Lisa Make Her Solo Debut? It May Be Right Around The Corner
By Michele Mendez
These Tweets About BTS' 'Bang Bang Con 2021' Sum Up The Epic Performance
By Cianna Garrison
Stay up to date