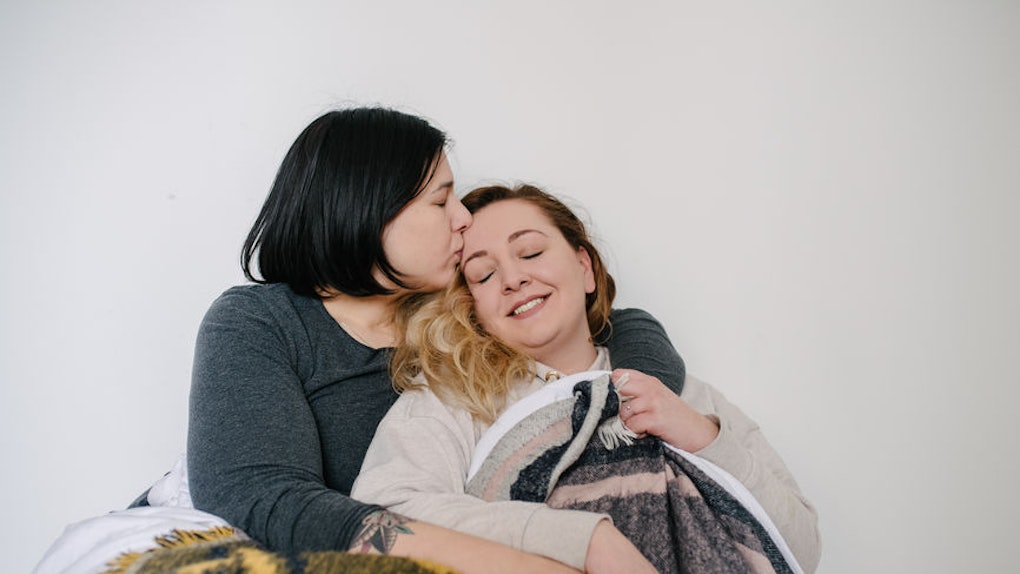 In fact, according to Laurie Mintz, Ph.D., a sexpert, therapist, and author of the book Becoming Cliterate: Why Orgasm Equality Matters—And How to Get It, whether you're having sex with a partner or climaxing on your own, "there are so many physical and emotional health benefits to sexual activity that it is difficult to limit it to just one or two."

An Orgasm Is A Natural Pain-Reliever

And get this: According to Mintz, orgasms are particularly effective in alleviating menstrual cramps and pain, too. God. Bless.

If You're Having Frequent Sex, You Might Get Fewer Colds

Sex is apparently pretty good for your immune system, so take that, flu season. According to Mintz, in one study, published in the academic journal Psychological Reports, women who had genital contact or stimulation from their partner once or twice a week had higher amounts of immunoglobulin A — aka an antibody that is the body's first line of defense in fighting off disease and infections — than those who had sex less than once a week or not at all.

Go forth and fornicate, friends!

You'll Be Significantly Less Stressed The More You Orgasm

Perhaps this one seems like a no-brainer, but according to Mintz, while some of the benefits of having sex with partner may be due to the physical contact, most of the stress reduction actually comes from the orgasm itself, which means you can get these benefits alone or with someone else.

Sexual Arousal Is Great For Your Vaginal Health Overall

There's such a huge emphasis on self-care these days, but don't forget that your vagina deserves some TLC, too. Thankfully, according to Mintz, it's as easy as giving yourself the occasional orgasm or having safe sex with a partner. "Sex is good for women’s vaginal health," she tells Elite Daily. "The blood flow to the vagina during sexual activity [and] arousal helps keep the tissue smooth and supple."

Sex Helps You Sleep Soundly, Too

If you're having trouble dozing off at night, try ~getting between the sheets~, if you know what I mean.

See, when you're sexually active with a partner, Mintz explains, your body benefits from the feel-good hormones released by both the physical contact with another person and the hormones released via orgasm, which the sexpert says can help induce a peaceful slumber.

Alternatively, when sexually active alone, you still get the same benefits of the hormones released during orgasm, which Mintz says will help you sleep soundly through the night. Talk about sweet dreams, right?