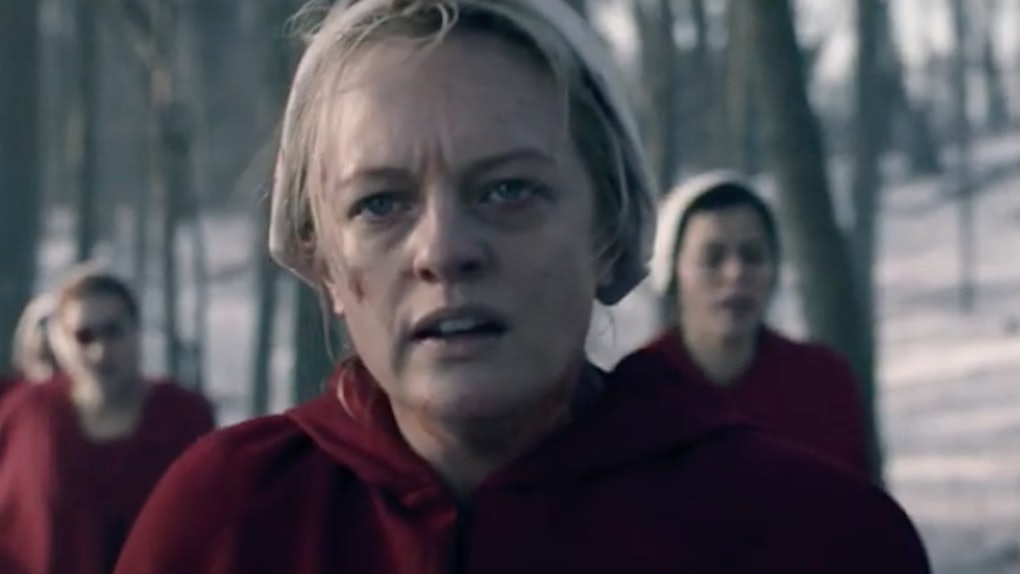 It's been over a year and a half since The Handmaid's Tale Season 3 ended. The series, which premiered in the spring for the first two seasons, shifted down the calendar to the summer for Season 3, premiering in June 2019. The plan had been for Season 4 to move even further, to fall 2020, perhaps to help Hulu anchor its fall season alongside the well-established spring one. But the coronavirus pandemic upended all that. Now, The Handmaid's Tale Season 4 release date will be back where the show started, returning to the April release berth for 2021.

The Handmaid's Tale Season 4 is deep into Hulu's extension of Margaret Atwood's 1985 novel of the same name. After Season 1's conclusion (which used up all the material in the book), the next two seasons chartered paths unknown, digging into the world of Gilead. Without material to adapt, Season 4 could go anywhere and follow the politically relevant stories of now.

However, in September of 2019, a month after Season 3 ended, Atwood released The Testaments, a sequel to The Handmaid's Tale, set several years in the future. It confirmed the fate of multiple characters, including Aunt Lydia. Season 4 now has an endgame to aim toward and a future that dictates some of its ultimate choices. Here's what we know about the season so far:

The first teaser for The Handmaid's Tale Season 4 was released in June 2020. At the time, due to the delay in filming, there was no new footage including in the video. But patience is a virtue (as Aunt Lydia would say), and finally, on Feb. 25, 2021, the first trailer with the first look at Season 4 arrived.

On March 30, Hulu released another trailer. At two-and-a-half minutes long, it packs in a ton of tense moments, mostly featuring June as a badass rebel on the run.

The new season will run 10 episodes, with three arriving at once on the premiere date.

The Handmaid's Tale's core cast remains the same going into Season 4. The series lead, Elisabeth Moss, plays June (once known as Offred and last known as Ofjospeh.) Her original family, the Waterfords, continue to be played by Joseph Fiennes and Yvonne Strahovski, as Fred and Serena Joy, respectively.

The rest of the cast is split between "those who escaped to Canada" and "those who remain in Gilead." The Gileadans are lead by Ann Dowd as Aunt Lydia, alongside Max Minghella as Commander Nick Blaine, who continues to rise in the Gilead ranks even as he works with June to undermine the regime. Madeline Brewer plays Janine, one of June's fellow Handmaids who has not yet escaped. Last season, the show also added Bradley Whitford as Commander Joseph Lawrence, June's new Commander who worked with her to push the revolution forward.

As for those in Canada, that cast includes Samira Wiley and Alexis Bledel as escaped Handmaids Moira and Emily, respectively, while O.T. Fagbenle plays June's husband, Luke. Amanda Brugel is the Martha who fled at the very end of Season 3, taking June's place in getting the captured children to safety. Sam Jaeger is Mark Tuello, a former U.S. operative working to bring down the Gilead regime by capturing Fred Waterford and later Serena Joy.

Season 3 ended with June again failing to escape to Canada, much to fans' frustration. This time, she had a good reason. Instead of turning back and choosing to stay like a martyr, she used herself as a decoy to allow others to escape Gilead and find their families in Canada. June went out, assuming she'd be shot and killed, and the final scene certainly suggested a fate of bleeding out in the woods, alone and forgotten.

But June's fellow Handmaids weren't about to let her die that way. The final scene saw a group of them come and find her, taking her away to safety.

Where the show will go from here is complicated. Fred and Serena Joy were arrested in Canada with plans to try them publicly to turn political sentiment against Gilead. June is once again on the run from the authorities. No one knows what happened to Commander Lawrence since June's mission went sideways, but one has to assume he was arrested. As for the children's rescue, it might have been a feel-good moment, but reunification with families, especially when children have been parted from them for months or years, is a tricky situation.

This article was originally published on Feb. 25, 2021