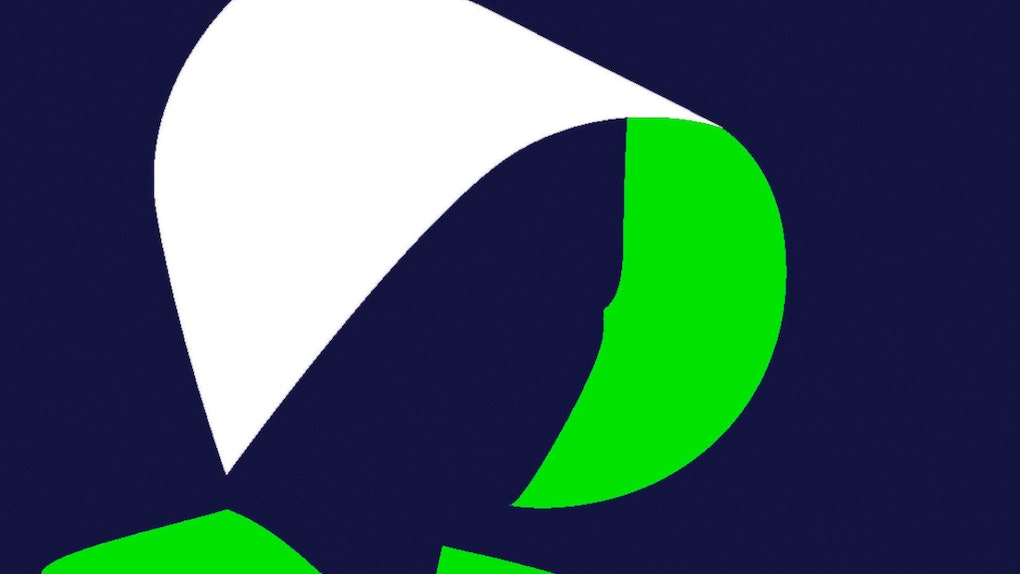 What Is 'The Testaments' About? The 'Handmaid's' Sequel Is On The Way

Margaret Atwood is arguably Canada's most famous female author of the 20th century. She's been publishing books since 1961, when her first book of poetry, Double Persephone, came out. Her novels have been garnering acclaim since 1969's The Edible Woman. But her most famous in 1985's The Handmaid's Tale, ever since it became an award-winning TV series on Hulu. Now, Atwood has released a sequel, called The Testaments, set fifteen years after the story of Offred. But what is The Testaments about, if it doesn't continue Offred's story? It turns out the book follows other Gilead characters.

When The Handmaid's Tale Season 2 ended in 2018, one of the cliffhangers was the fate of Aunt Lydia, who had been stabbed and thrown down the stairs. But showrunner Bruce Miller was quick to say Lydia would be fine. "I don't think Aunt Lydia can die," he told reporters in a press conference after the finale aired.

He wasn't kidding. According to Atwood, when she found out about that plot point, she was fierce in her reaction to Miller. In an interview with Time Magazine, she quoted herself as saying: "You absolutely cannot kill Aunt Lydia, or I will have your head on a plate."

Aunt Lydia had to live it turns out because she is one of the three main characters in The Testaments.

Not that Atwood planned to tie the two books together in quite that way. In an interview with Entertainment Weekly, she explained that's not how she works. There was no "grand scheme," as much as there were research assistants who went through the book and the scripts line by line for her, while she extrapolated where the story might go from here. But perhaps the most surprising part is that Atwood herself had no idea where the story would end up:

She never knew how Gilead was going to end, reminding all of us that 'the only reason for writing novels is to find out what happens — if you already know, why would you bother?'

In the end, the book became about three main characters who each come at the story from a different point of view. There's Agnes, aka "Witness 396A," a girl who grew up having a happy childhood in Gilead, only to become disillusioned with the promises it made her. There's Daisy, aka "Witness 396B," who may or may not be one of the Stolen Children of Gilead, growing up in Canada, unaware that her adopted parents are part of the Mayday underground.

And then there's Lydia.

One of the fascinating scenes in Season 3 came in Episode 8 when Lydia and her fellow Aunts privately sit and assigned Handmaids to families, where Lydia shows a more casual side of herself. That side is on full display on the new novel. And while Lydia's backstory doesn't quite line up with the TV show's account of events, the personality does.

That becomes apparent in Lydia's memories of Gilead's earliest days, when she first became an Aunt. (If you think June's first days in Gilead were bad, wait until you read Lydia's.) And it helps a great deal in the recounting of her current life. Lydia has become the leader of an underground matriarchy. As to how, why, and what their agenda is, for that you'll have to read the book.

The Testaments arrives in bookshops nationwide on Tuesday, Sept. 10, 2019.

More like this
12 Dystopian Books Like 'The Handmaid's Tale' That’ll Make You Want To Start A Rebellion
By Kelly Pau
'Shadow And Bone' Changes Alina's Story From The Books & It's So Much Better
By Ani Bundel
Who Is The Conductor In 'Shadow And Bone'? He's Not In The Books
By Abby Monteil
Stay up to date