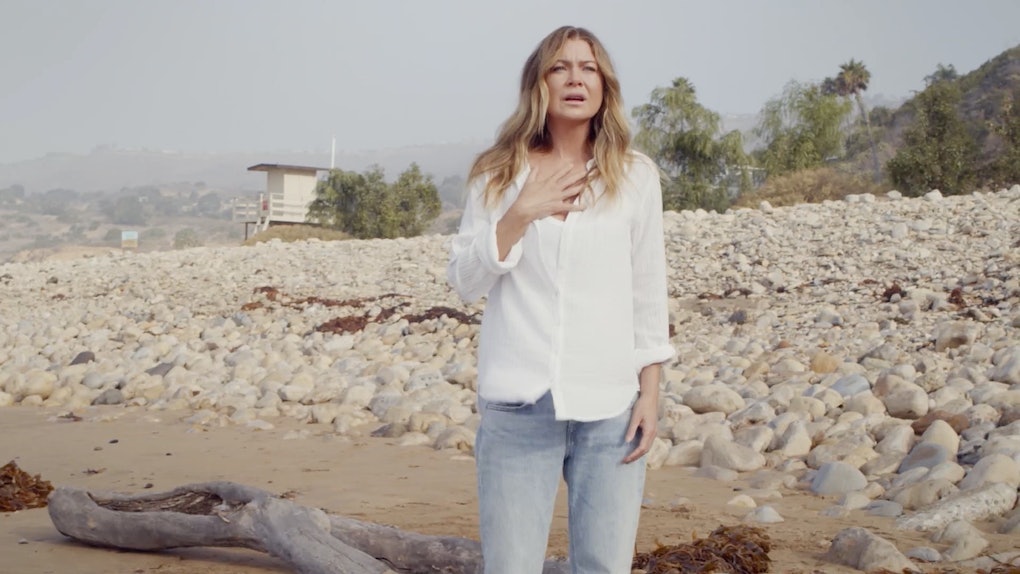 At the end of the show's three-hour season premiere on Nov. 12, Meredith collapsed and had a dream in which she reunited with her late husband, who died all the way back in Season 11. As he happily waved at her while she gazed at him in disbelief, fans everywhere were screaming about this major twist.

While MerDer's reunion was brief, the promo for the next episode, airing on Nov. 19, hints fans will see more of the couple very soon: "No, you're not McDreaming," the preview promises as more footage of Derek plays. "This is happening."

However, it's not all happy tears. The preview for next week's episode also shows this reunion moment could spell serious trouble for Meredith. The clip shows her getting tests, indicating her passing out in the parking lot could have been the result of a medical problem, rather than simply exhaustion from long hours of tending to coronavirus patients.

As of right now, it's unclear whether Meredith has coronavirus or a different illness, but whatever it is, it looks like a serious threat that will persist throughout Episode 3 (if not longer).

"If I fall asleep, I'm afraid I might not wake up," she admits in a clip. The promo then flashes back to her and Derek on the beach.

"I miss you!" she admits to her late husband, to which he simply replies, "I know."

Then, Derek begins walking towards her, and while all so many fans want is to see them hug each other again, others are worried his approach could symbolize death getting nearer to Meredith.

Dr. Grey's health is clearly the main focus of the upcoming episode (titled "My Happy Ending"), but here's everything else you can expect to see in the ep, per the synopsis:

The Grey Sloan doctors continue to face their new COVID-19 reality and deal with a familiar and stubborn patient. Koracick is put in charge of the interns who recently joined the hospital ranks and Link operates on a sex therapist. Elsewhere, Maggie finds comfort in Winston's virtual presence.

Fingers crossed Meredith pulls through after the premiere's shocking ending.