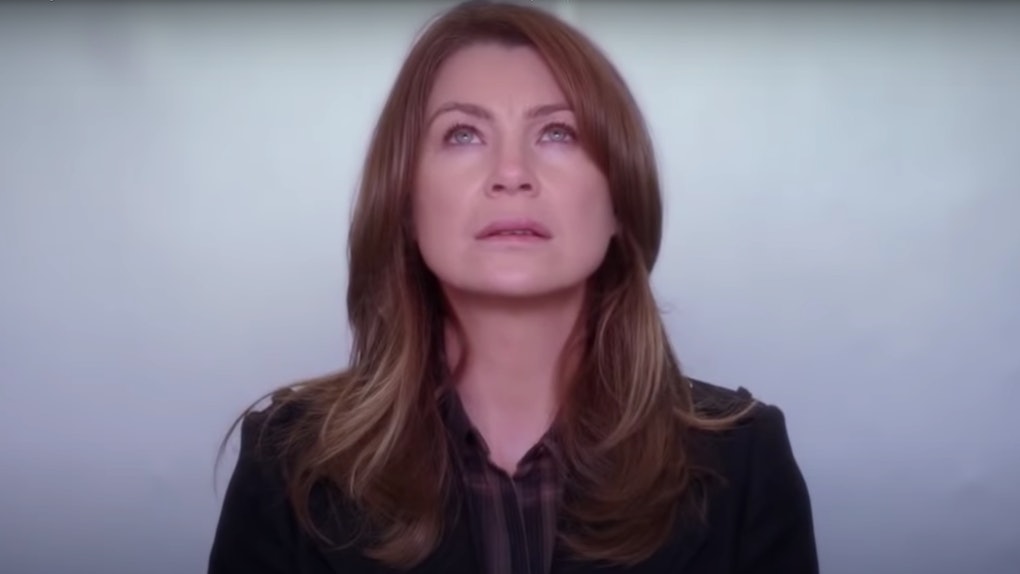 Grey's Anatomy fans are used to seeing their favorite doctors face huge disasters, so they should be prepared for what's coming in the new season. The Grey's Anatomy Season 17 premiere date and promo have been revealed, and it looks like Seattle's best medical team is not shying away from any danger any time soon. In fact, as details in the promo reveal, Grey's Anatomy is tackling current events head on.

Grey's Anatomy is set to return with a two-hour Station 19 crossover episode on Thursday, Nov. 12. The promo includes some intense voiceover narration from both Meredith Grey (Ellen Pompeo) and Andy Herrera (Jaina Lee Ortiz). While scenes of rescue missions from both Grey's Anatomy and Station 19 play, Ortiz's voice reminds viewers, "It's a war zone and we're the ones on the front line." The promo also alludes to the present coronavirus pandemic, as Pompeo's voice says, "What we're up against now is unlike anything that came before."

The promo promises fans the same heavy dose of emotions Grey's Anatomy fans know and love. At the end, there's also one final tease from Pompeo, who repeats Season 17's tagline: "Sometimes, we all need saving."

You can check out the heart-pumping promo below:

Season 16 of Grey's Anatomy was cut short due to the coronavirus pandemic earlier in 2020. When audiences last saw Meredith, she had just solved Richard Weber's (James Pickens Jr.) medical mystery, with the help of her ex Andrew De Luca (Giacomo Gianniotti). Gianniotti recently revealed the upcoming season will not pick up right where the last one left off, meaning some plot points that had been planned for the last bit of Season 16 are scrapped. Instead, Season 17 will jump ahead so it starts about a month and a half into the pandemic. That means the doctors of Grey Sloan Memorial will be fully entrenched in all grueling work that comes with saving lives from the coronavirus, and audiences will jump right into the action with them.