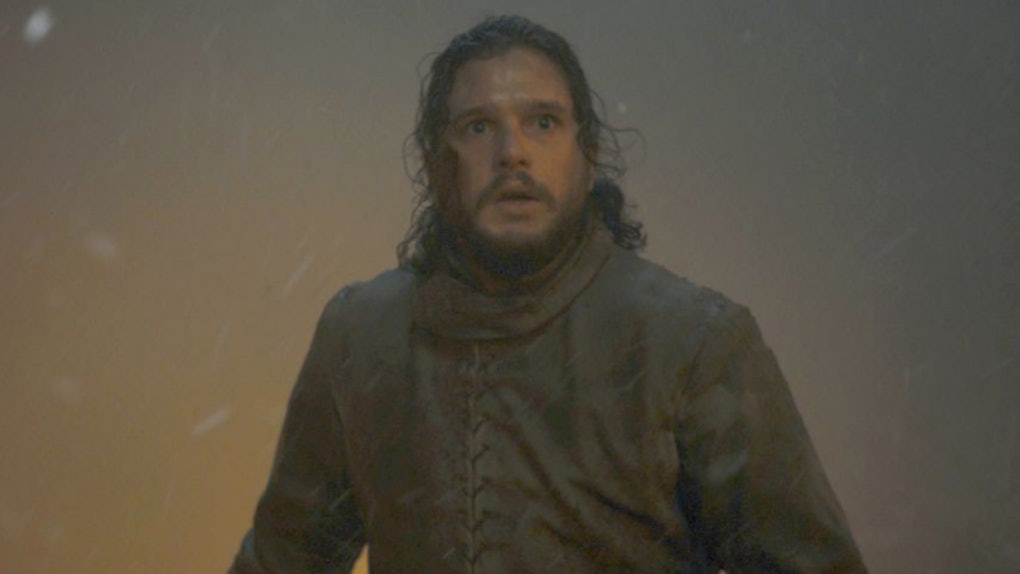 The Battle of Winterfell just claimed a handful beloved Game of Thrones characters. Now, the Game of Thrones Season 8 Episode 4 promo shows what's happening in the aftermath. Fans of the show are already freaking out over everything that went down in Episode 3, and honestly, the promo for Episode 4 looks tame in comparison.

Does anyone else feel like they need an I.V. drip after watching that Battle of Winterfell? Seriously, my heart didn't stop racing for one minute throughout the whole episode! Beloved characters were lost (RIP, Theon Greyjoy), beloved characters that everyone was convinced was going to die survived (yay, Brienne!!), and in the biggest surprise of all, the biggest character to die in this episode was the Night King himself (his army immediately followed suit). And it was at the hands of eternal badass Arya Stark. She literally saved the entire world in the final moments of the episode, giving the Battle of Winterfell the most epic of conclusions. But now the white walker threat is seemingly handled, what's going to be the biggest conflict of the rest of the series?

The promo for Season 4 Episode 8 brings us back to the non-magical Game of Thrones conflict that hasn't been that much of an issue so far this season: Cersei Lannister and the Iron Throne.

"We have won the great war. Now we will win the last war," Dany is heard saying in the promo. The shots then jump to Dany and the Battle of Winterfell survivors celebrating in the Winterfell castle, Dany with one of her dragons, a dragon flying over a ship (that's huge!), and then a shot of Cersei and Euron Greyjoy.

"We'll rip her out, root and stem," Dany says as the promo concludes.

I've got to say... this promo honestly seems kind of boring. I don't think that's the show's fault, though. The Battle of Winterfell episode is going to be a hefty, hefty episode to recover from. It will take a lot to shock me next week.

It is truly shocking, though, to see that the white walker army has been eliminated entirely. Fans definitely didn't see the show going in that direction, given how impossible defeating the army seemed to be throughout the series and this last episode. All of the conflict regarding the Night King is seemingly done now. I'm apprehensive to say it's gone for good, however, because the Night King is a messy b*tch who loves drama, and this is Game of Thrones. He could come back.

Suffice it to say that next week's episode will no doubt be much less action-packed than this week's, because it'd be f*cking foolery to put fans through two weeks of television craziness like that. It will give us a different brand of crazy in the form of Cersei Lannister, though. And now that Jaime Lannister has survived the Battle of Winterfell, all of those fan theories that Jaime will kill Cersei could still come to pass! What a ride this show is, man.