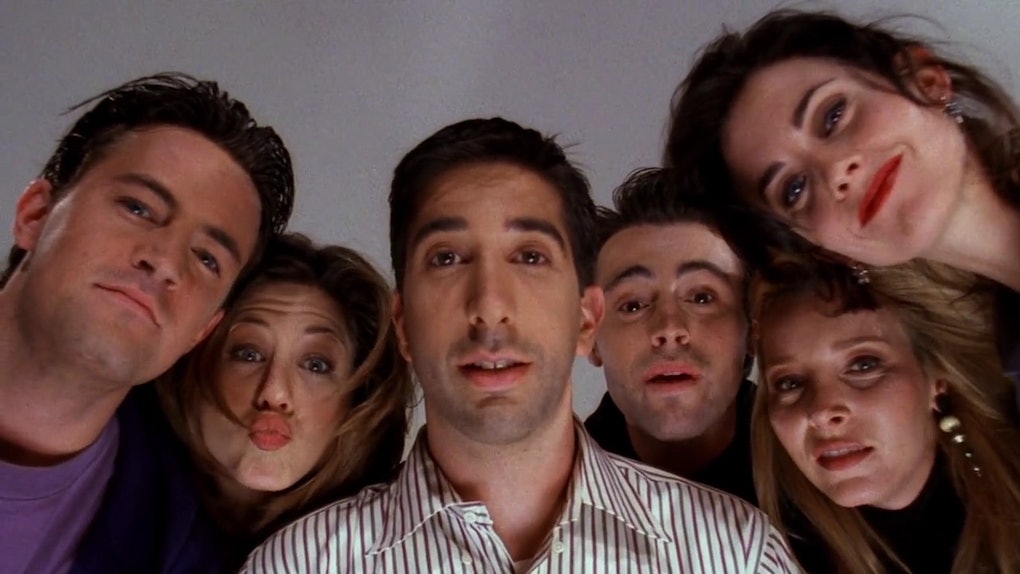 The 'Friends' Character You Are, According To Your Zodiac Sign

Whenever I ask someone what their favorite TV show of all time is, you have no idea how many times they reply with Friends. Chances are, they've been watching it ever since they were a kid and they still regularly watch reruns, knowing whenever they're having an off day, an episode of Friends will be the comfort they're searching for. I mean, how could it not be a source of comfort? Central Perk is more than a made-up coffee shop; it's a second home for so many fans. The characters on Friends are more than fictional people; they're your friends, too. And if you're wondering which one you might relate to the most, let's talk about the Friends character you are, according to your zodiac sign.

Even though Friends came to an end in 2004, this show is still alive, well, and more popular than ever. It doesn't matter how long it's been or how many new TV shows have been released. There's something timeless and irreplaceable about Friends. If you're a fan, I bet you often wonder how Ross, Rachel, Monica, Chandler, Joey, and Phoebe are all doing, as if they're real people who are still living their lives in New York. But that's the power of a truly incredibly show, isn't it?

Mike's intense level of passion and drive reflects the Aries in him. Remember when he changed his name to "Crap Bag" just to prove a point? Remember when he caught a plane so he could propose to Phoebe before someone else could? That's exactly how an Aries fights for love.

Ross is logical, stubborn, and a hopeless romantic. A natural Taurus, if I do say so myself. He takes things a little too seriously and hates deviating from the plan. (Remember "The One Where No One's Ready"?) When he believes something, he believes in it wholeheartedly. He's a softie at heart, but he often has trouble seeing things from a different perspective.

Chandler's acerbic wit makes him none other than a Gemini. It's clear Chandler is an incredibly sensitive person with a heart full of feelings. However, he tends to use humor to deflect from processing his emotions. Could he be more Gemini?

Carol is motherhood and family personified, so of course she's a Cancer. Ben — her son with Ross — is the most important thing in the world to her and she was very saddened by the fact that her parents wouldn't give her away at her wedding to Susan. Luckily, she knows how to forge a family of her own.

Generous, optimistic, warm, and flirtatious Joey could be nothing less than a Leo. Whenever I hear him say, "Hey, how you doin'?" I think to myself, "Only a Leo could have a signature greeting as simple and charismatic as that." Plus, he's an actor — Leos love being on stage.

Monica is such a perfectionist, she has to be a Virgo. She's incredibly detail-oriented, sharp, organized, and has the tendency to get easily overwhelmed by too many things at once. What Virgo doesn't get anxious when things go ever so slightly wrong?

Yup, Rachel is definitely a Libra. This zodiac sign is famous for loving luxury, romance, and harmony. That's Rachel in a nutshell. Libras are effortlessly gorgeous, but they also have trouble standing up for themselves. Rachel tends to avoid conflict, and that's totally the Libra in her.

There's no character more mysterious on the show than Gunther. And what Scorpio doesn't prefer to protect their air of mystery? Even though Gunther tends to slip in and out, his presence radiates with his secret crush on Rachel. Being in love from afar is Scorpio to a T.

Loud, lively, and filled to the brim with passion, Janice must be none other than a Sagittarius. She enters the scene like a gust of wind and her presence is beyond noticeable. Sometimes she's a little unaware of herself, but that's because Sagittarius invented "foot-in-mouth" syndrome.

Richard's distinguished and mature presence screams Capricorn. He's reliable, steady, and values family. He always seems to know what he's doing and people — like Chandler and Joey way back when — look up to him. There's something classic about Monica's former flame, and that is very Capricorn-esque.

Eccentric, dreamy, and fiercely independent, there's no way Phoebe isn't an Aquarius. She never follows a rulebook and she certainly doesn't abide by tradition. Her quirky personality is always prepared to go against the grain, regardless of how she's judged for it.

Emily's sweet, soft, and sensitive nature has such a Pisces quality to it. She's so forgiving — I mean, she tried to make things work with Ross after he said the wrong name at their wedding — and letting bygones be bygones is something a Pisces does well. It's especially clear Emily is a Pisces when she can empathize with others, even when it puts her in a difficult position.