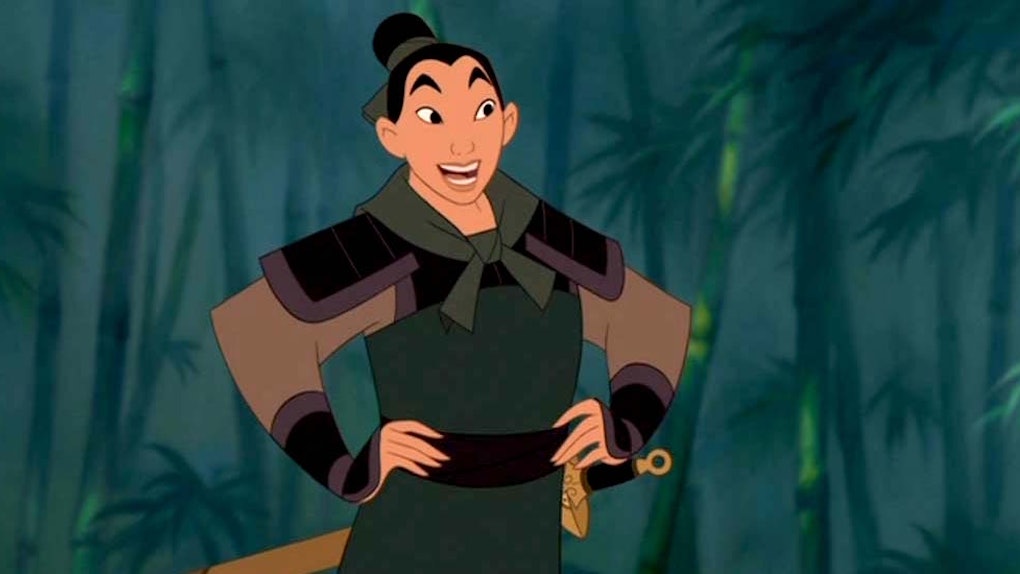 We are finally getting our very first look at the upcoming live-action remake of Mulan, and the first shot from the movie truly has all the force of a great typhoon. Disney just released the first photo of its live-action Mulan remake, giving fans their first peek at actress Liu Yifei bringing the iconic animated warrior to life.

Disney's live-action version of Mulan has been a long time coming, which is why it is so exciting that the production company has finally shared a look at the upcoming remake. The movie first entered development back in 2015, but the ball really got rolling when Niki Caro (Whale Rider) was added as the director at the beginning of 2017. The new Mulan was originally slated to be released this November, but sadly, it was pushed back to a 2020 release date and The Nutcracker and the Four Realms replaced it in Disney's release slot. Despite the pretty disappointing delay in its release, it looks like the live-action Mulan is on track to bring the action.

The newly released image shows Liu Yifei in character as Mulan. Yifei is wearing a red robe and brandishing a sword while crouched in a combat pose. Although the story of Mulan involves the main character disguising herself as a man to join the Chinese army, the new photo shows Mulan without her male disguise. Check out Disney's first-look photo of the live-action Mulan below:

Disney cast Liu Yifei as the lead in Mulan after an extensive worldwide search for the perfect actress for the part. Yifei has starred in several popular Chinese films prior to taking on the role of Mulan, and has also made a name for herself has one of the most well-known models in China. Yifei has also released two pop albums in the past, but fans should not hold out hope for any musical numbers in the Mulan remake, as director Niki Caro stated last year that there were no plans to include any songs in the live-action remake.

The disheartening news that beloved songs from the original Mulan film such as "I'll Make A Man Out Of You" and "Reflection" will likely not be revisited in the new movie is not the only thing that is making some Disney fans upset about this remake. Disney also revealed a few months back that Li Shang, Mulan's love interest in the 1998 animated movie, would not be a character in the remake. Once that news broke, the internet exploded with Mulan fans seeking justice for Li Shang.

From the sounds of things so far, it seems like the new Mulan movie will be a large departure from the animated original. Along with nixing the music and Li Shang, the live-action movie will also feature a totally different antagonist: a witch played by Gong Li will serve as Mulan's chief rival rather than the ruthless Hun warrior Shan Yu from the cartoon. And instead of Mulan falling for her sergeant Li Shang, her love interest will be a competitive fellow cadet named Chen Honghui, played by Yoson An.

The live-action Mulan movie is slated to land in theaters on March 27, 2020

More like this
The First 'West Side Story' Remake Teaser Is Here & BRB, I'm Crying
By Abby Monteil
These Throwback Jennifer Lopez Movies Are Such A Blast From The Past
By Ani Bundel
7 Movies About Graduation To Prepare Yourself For The Cry-Fest
By Claire Spellberg
Stay up to date