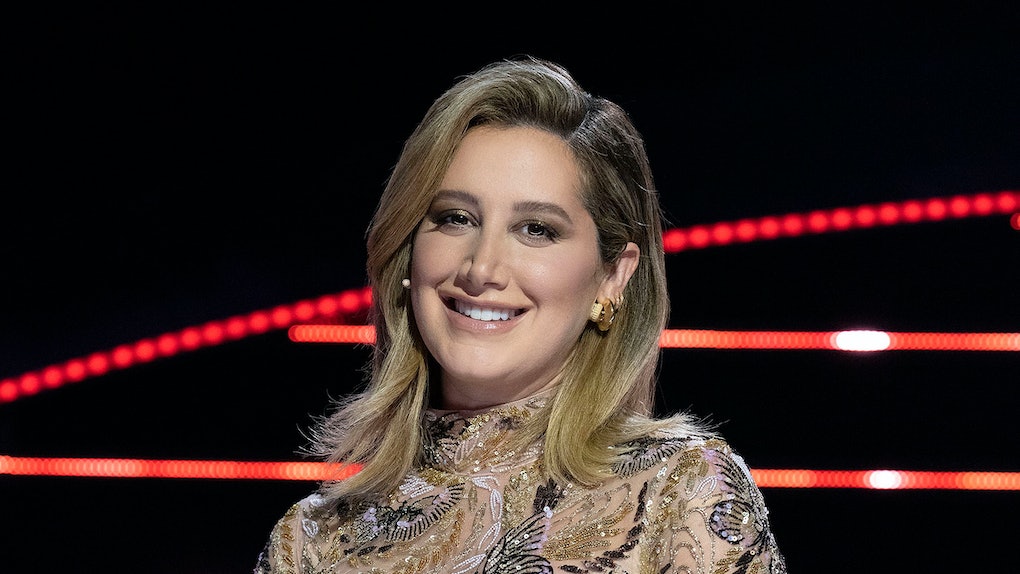 The First Photo Of Ashley Tisdale's Baby, Jupiter, Will Melt Your Heart

It's official: Ashley Tisdale is a mom! The actress welcomed her first child with husband Christopher French on March 23, and she's sharing all the details with fans. The first photo of Ashley Tisdale's baby, Jupiter, is the sweetest thing you'll see all day.

Tisdale first announced she was expecting in September, sharing photos of her visible baby bump. The couple has kept fans posted on every part of their pregnancy journey since. When they announced the sex of their baby a month later, Tisdale said she was thrilled to be having a baby girl.

"This year has obviously been hard. For so many. Ups and downs, and an emotional roller coaster. I think this day was by far my favorite day EVER!" Tisdale captioned an Instagram post. "I cried I was so happy."

One day after the baby was born, Tisdale continued to keep fans in the loop. She shared a sweet black and white photo holding the infant's hand and revealed she had named her Jupiter. "Jupiter Iris French arrived earth side 3.23.21," she captioned the post.

In the days leading up to giving birth, Tisdale made it clear how ready she was to meet baby Jupiter. "Any day now," she captioned her final pregnancy shot.

Tisdale and her hubby recently celebrated their six-year anniversary, and in honor of the special day, the High School Musical actress posted a loving message about their relationship.

"Wow I can't believe we've been married 6 years?!! Time flies," she wrote. "I remember having so much fear the minute we got together because I couldn't believe how good you treated me. I had never been treated that way."

"But I let go and trusted my heart and 8 months later we were a couple of crazy kids engaged," she continued. "Chris you truly have made me a better version of myself because you keep inspiring me everyday. Your heart is pure, you would do anything to make me happy, through the ups and downs you are my solid rock."

With the newest addition to their family, it seems their bond has only grown stronger.