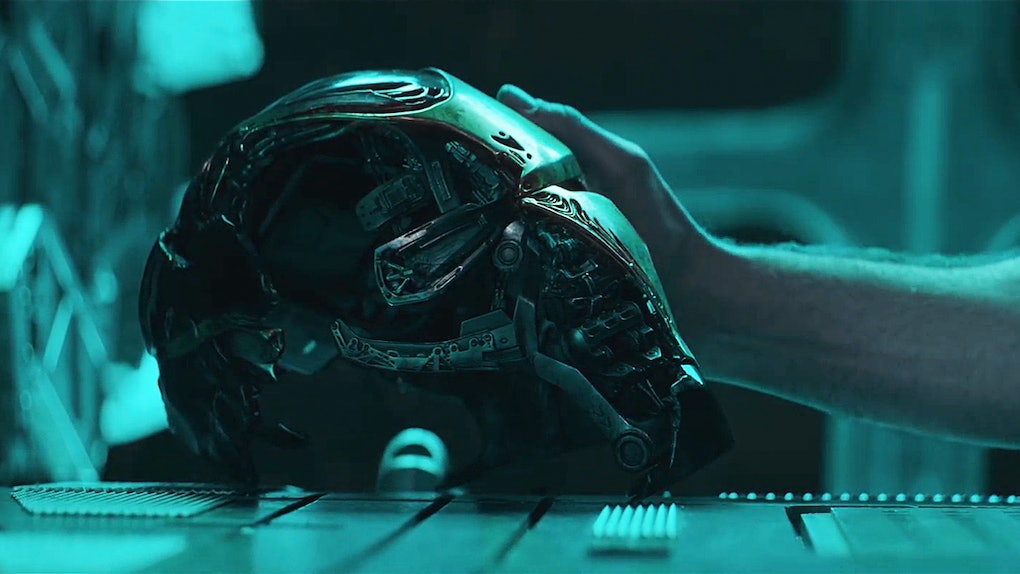 It took weeks of near hysteria from fans, but Friday morning, Dec. 7, the trailer for Avengers: Endgame finally showed up. Unsurprisingly, it focused on three characters from arguably the strongest two films in the Marvel Cinematic Universe canon so far: Iron Man and Captain America: Civil War. Robert Downey Jr. delivered a monologue reminding fans why he is the MVP for the franchise. But the scene between Steve Rogers and Natasha Romanova was the one that got everyone talking. The clues in their conversation suggested the long-standing Avengers 4: Endgame time travel theory may have been the correct one all along.

Before Avengers: Infinity War arrived in theaters all of seven months ago (this year's been long, y'all), the prevailing theories about the plot ran like this: Tony Stark would die in the first film. Then, in the next movie, Steve Rogers would travel back in time to his proper place in history and change events in such a manner than Thanos could never get the Infinity Stones in the first place.

Tony would then live, but Rogers would be no more, having lived out his life with Peggy as he should have all those years ago.

Obviously, it didn't work out that way. Tony is alive, well, and living in outer space, at least until the oxygen runs out.

But note the pep talk Natasha and Steve are having in this clip, with him looking down at a memento of Peggy from the war years. The implication is obvious. There's one shot, and it has to work, and it involved Steve going back to the place where it all began, when he was buried in ice and didn't destroy the Infinity Stone.

At least, this is the prevailing theory by fans who have watched the trailer. Besides, as many will remind you, there was all the footage of the Avengers actors dressed in their original film getups circa 2012.

The question though, is how Ant-Man and Captain Marvel are going to figure into all this. Poor Scott Lang is standing outside Avengers HQ, like a man who has the wrong house for the pizza delivery while the roommates run around trying to figure out whose GrubHub order it is. And since Nick Fury is as done and dusted as Thanos' other victims, it's not like there's anyone to tell Steve to go back in there, chill everyone out, and wait for Carol Danvers, who should be coming directly.

But there's a way for the time travel theory to still be true, even with their involvement. Scott has been to the Quantum Realm. Carol knows how to navigate the Quantum Realm. Since Fury didn't exactly leave a whole lot of directions, perhaps this is a little bit like our superheroes trying to figure out what to do in a technical challenge. What if Avengers: Endgame is Captain Marvel taking Captain America home to save the world?

Now, if NASA can just save Tony Stark, everyone will be set.