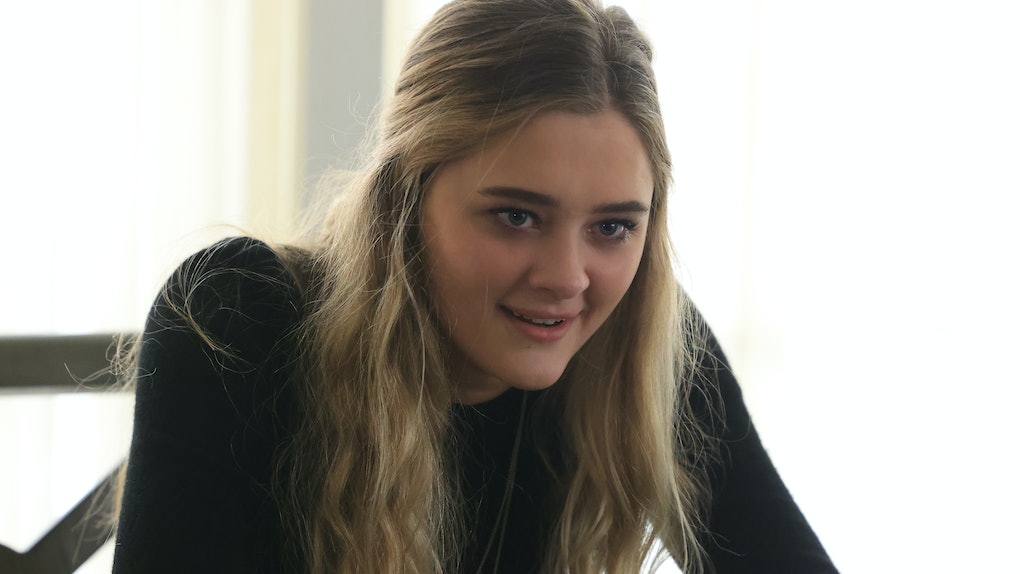 The 'A Million Little Things' Season 3, Episode 10 Promo Is So Disturbing

Over the course of three seasons, A Million Little Things has never shied away from tackling difficult topics. Still, an upcoming episode may feature one of the most upsetting storylines yet. Viewers are going to get answers about Sophie's (Lizzy Greene) guitar teacher, and according to the A Million Little Things Season 3, Episode 10 promo, they're not going to be what anyone wants to hear.

Spoiler alert: This post contains spoilers for A Million Little Things Season 3, Episode 8. When Gary (James Roday Rodriguez) returned to Delilah's (Stephanie Szostak) house in Season 3, Episode 9, he was surprised to find Sophie was gone. He found texts on her phone that seemed to indicate she'd snuck out to see her boyfriend Jake (Tyler Cody), but when Gary arrived at Jake's house, he found out Sophie had broken up with him weeks ago and had saved someone else's number under his name in her phone. So Gary dialed the number... and Sophie's guitar teacher Peter (Andrew Leeds) picked up the phone.

As the promo for the upcoming April 14 episode (titled "Trust Me") shows, A Million Little Things will unpack the concerning implications of that cliffhanger right away. The preview shows Peter filming Sophie in a swimsuit during one of her lessons. When Gary asks Sophie about Peter making her do so, she exclaims, "Seriously, just get out!"

As heart-wrenching as those scenes promise to be, expect to see even more emotional storylines next episode. In Episode 9, Eddie (David Giuntoli) enrolled in rehab to seek treatment for his substance abuse disorder. The promo offers viewers a glimpse of Eddie's experiences there, as fellow patient Jackie (Bobbi-Jean Charlton) continues to give him some harsh truths: "All the pressure that you're facing to be the husband and dad friend they think you should be... you're never gonna be that guy," she says.

The preview also shows Rome (Romany Malco) continuing to help his father Walter (Lou Beatty Jr.) cope with the loss of Rome's mom, this time by taking him to the doctor for a stress test. "I need them to give me a test," Rome mutters in the car with his dad, suggesting even more tension in an already stressful episode.

It's unclear what else will go down in Episode 10, but fans will have to brace themselves for emotional impact when A Million Little Things Season 3 continues on Wednesday, April 14, at 10 p.m. ET on ABC.