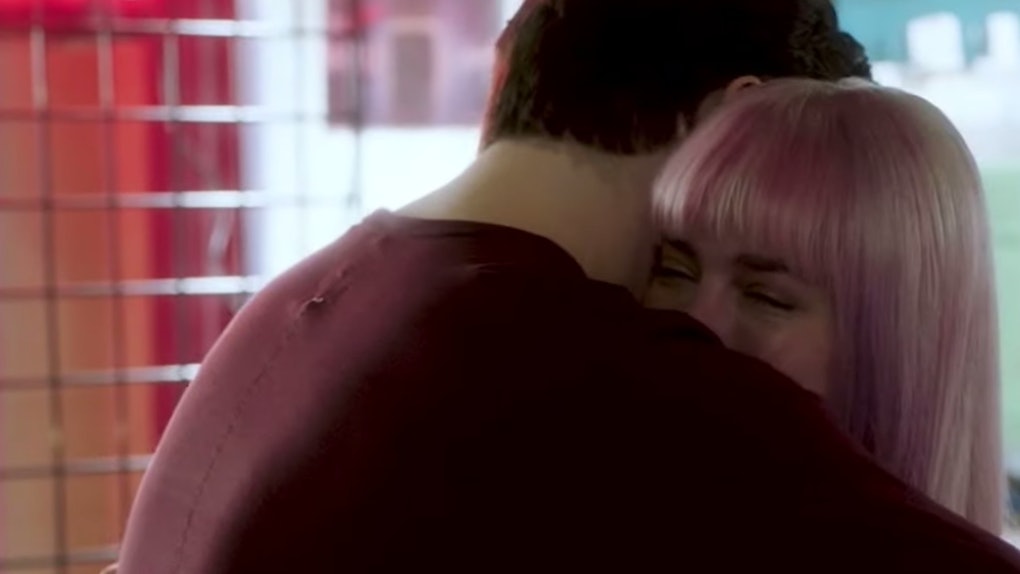 A Million Little Things may have (mostly) solved the mystery of Jon's death in Season 1, but that doesn't mean everything is fine and dandy for the Boston friend group. If anything, life is even more complicated for Eddy, Gary, Rome, and the gang in the show's second season. There are more twisted storylines now than ever before, and after a tense (and rainy) fourth episode, the A Million Little Things Season 2 Episode 5 promo teases trouble ahead for pretty much everyone.

Warning: Spoilers for A Million Little Things Season 2 Episode 4 follow. As the show has become known for doing, the fourth episode of A Million Little Things addressed multiple storylines before bringing all the characters together for a feel-good moment. Katherine grappled with the idea of Eddie "babysitting" his and Delilah's infant daughter Charlie. Regina tried to keep her struggling new restaurant afloat. And Maggie faced new truths about her family with Eric, the man who received her late brother's heart, while Gary attempted in vain to comfort her. As always, there was a lot going on, and while it looks like the next episode will expand upon many of these plot lines, it's also going to bring up some new troubles.

Right off the bat, it's made clear that the circumstances surrounding Jon's life and death are not fully in the past. In addition to PJ (who has been conspicuously missing as of late), it looks like another young mystery man has a connection to Jon, though it's hard to tell what this guy who knocks on Delilah's door actually wants. There's not much time to dwell on this, though, since the video quickly cuts to another new development, which is that Rome is working on a national commercial. However, Regina doesn't seem too pleased with this gig, especially since her husband apparently didn't let her in on the details about it. "A national commercial... about our life. How could you not run that by me?" she asks in the clip.

Again, before there's a chance to ponder this, the promo then jumps to Eddie and Katherine. Apparently, Katherine has been secretly researching a big move to Austin, Texas. Is she done with Eddie for good, or does she want to bring the whole family with her? And if it's the latter, will Eddie really be willing to leave behind his baby daughter? Either way, this is big.

Finally, there's the show's golden couple. Maggie and Gary have been through a lot together already, but Maggie's latest family drama seems to be really testing their relationship. The clip shows the rare, serious side of Gary, who is trying to get Maggie to open up to him instead of hiding her feelings like she has been. But instead of confiding in Gary, Maggie is shown running off to find Eric and sob in his arms about her brother Chad. Whether Maggie's connection with Eric is a romantic one or not, it seems to be driving a wedge between her and Gary and I'm not happy about it.

With all the secrets coming to light in the promo, it looks like this episode is shaping up to be an emotional doozy. If you need me, I'll be stocking up on tissues to prepare for it.

A Million Little Things continues on Thursdays at 9 p.m. ET on ABC.

More like this
The 'A Million Little Things' Season 3, Episode 12 Promo Brings In Gary's Dad
By Umber Bhatti
This 'The Handmaid’s Tale' Season 4, Episode 5 Promo Shows June In Chicago
By Ani Bundel
The 'Mare Of Easttown' Season 1, Episode 4 Promo Is Full Of Suspense
By Ani Bundel
Stay up to date