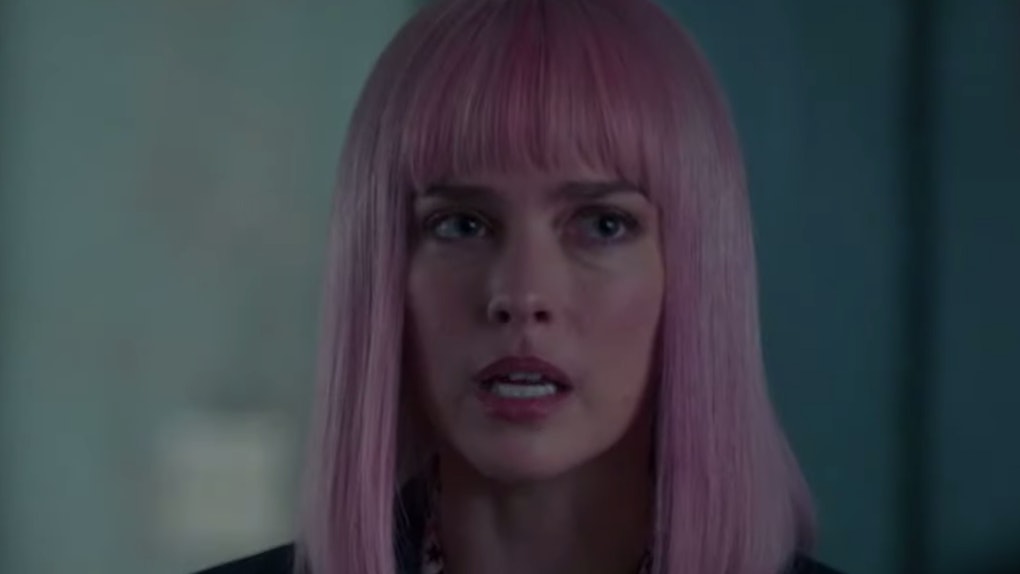 It's all happening, folks. The first episode of A Million Little Things' second season brought everyone up to speed on where the characters left off after the first season, and the second episode started to introduce new conflicts for the Boston besties. Now, the A Million Little Things Season 2 Episode 3 promo pretty much guarantees the drama is moving full speed ahead, so fans would be wise to buckle up.

Warning: Spoilers for Season 2 Episode 2 of A Million Little Things ahead. The Oct. 3 episode felt like a springboard for the big stuff to come this season: Delilah (Stéphanie Szostak) struggled to adjust to her new life with baby Charlie. Regina (Christina Moses) butted heads with Andrew (James Tupper) at the restaurant. Eddie (David Giuntoli) and Katherine (Grace Park) agreed to start over in their relationship. Gary (James Roday) and Maggie (Allison Miller) dealt with Patricia (Melora Hardin) leaving Maggie's father. And in the big bombshell at the end of the episode, PJ (Chandler Riggs) told Rome (Romany Malco) he thinks Jon (Ron Livingston) is his real father. Basically, almost everyone is dealing with their own thing so far, and before the characters can all come together to help one another out like they're known to do, the drama likely has to get more intense first.

Just as Season 2 picked up exactly where Season 1 ended, it looks as if Episode 3 will begin with the events immediately following what happened in Episode 2.

The promo opens with Rome questioning PJ intensely as the teen tries to run away after his big revelation: "What are you talking about? You think that Jon might be your father?" As PJ explains his reasons behind his belief, Rome looks super puzzled, as if he might be coming around to PJ's hypothesis about his parenthood. Then, Rome reveals another fact about Jon to PJ. "The last thing he did was leave your mom half a million dollars," he says.

Before there's even time to guess what's going to come from that interaction, the 30-second clip jumps to another conflicted pairing: Gary and Maggie. The last thing audiences saw of them in Episode 2 was Gary encouraging Maggie to strengthen her relationship with her mom, but when Maggie went to seek her out, she found Patricia meeting up with a much younger man. In the new promo, it seems like Maggie is taking her frustration and confusion out on Gary. "You actually had me believing that she was here to see me!" Maggie says to him. Later in the video, she confronts her mom about the mystery man named Eric, asking Patricia if her real reason for coming to Boston was to see him.

Watch the full promo below to see all the drama for yourself:

Clearly, there's a lot that's going to go down in the Oct. 10 episode. While Season 1 was pretty much focused on one big mystery, it seems like the show's sophomore season will have a handful of enigmas to solve.

Season 2 of A Million Little Things continues on Thursdays at 9 p.m. ET on ABC.