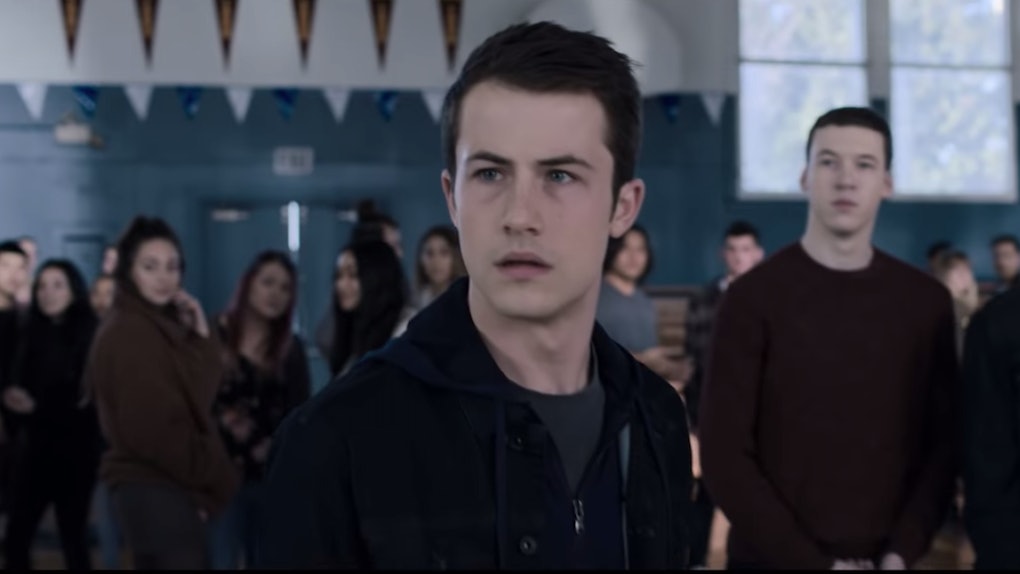 I doubt anyone would say 13 Reasons Why is an easy show to watch, but for many fans, it's hard to look away from the drama that unfolds on the Netflix hit. The first two seasons touched on some really dark stuff, and the latest iteration of the show doesn't look like it'll get any lighter. Unconvinced the series could get any more intense? The 13 Reasons Why Season 3 full trailer should clear that right up.

Season 3 of 13 Reasons Why, which hits Netflix on Aug. 23, kicks off with a brand-new mystery for the students of Liberty High. Bryce Walker (Justin Prentice), the main bad guy of the series, is dead, and the police are investigating who killed him. In the first season, it was revealed that Bryce had raped Hannah Baker, and in the second season he was given an extremely light sentencing of probation for his crimes of sexual assault that were uncovered. It appears many of her classmates may have had a vendetta against him, and the third season is going to be all about who went so far as to murder him.

Watch the 13 Reasons Why Season 3 trailer for yourself below:

So, whodunnit? That seems to be the question on everyone's mind. And it doesn't seem like there will be an easy answer. The trailer depicts many of the show's familiar characters in a suspicious light.

Even the good-guy protagonist Clay Jensen (Dylan Minnette) is a suspect. He spends most of the trailer broodingly staring off — that is, until he's taken away by Evergreen County police officers. He's shown talking to a mysterious new character, Ani Achola (Grace Saif), assumedly saying about Bryce, "This whole f*cking world is better without him in it." Ani responded: "What did you do?"

Speaking of Ani, it seems the newcomer definitely plays some sort of role in all this. Perhaps she was involved, or at least knows about someone who was. Regardless, she will be one to look out for when the new season starts up.

The trailer also points out a handful of other kids who may or may not have been involved in the murder. As fans saw in Season 2, photography enthusiast Tyler Down (Devin Druid) went through an incredibly rough time, both in dealing with Hannah's death and being sexually assaulted by Montgomery de la Cruz. At the end of the second season, he was about to commit a school shooting before Clay talked him down. In the new trailer, it's pointed out that Bryce was shot, and viewers know Tyler has a gun, so his name could certainly be on a list of suspects.

Basically, nearly everyone on the show would have a reason for wanting Bryce Walker dead. But the mystery of who actually killed him looks like it's going to be tough to find out.