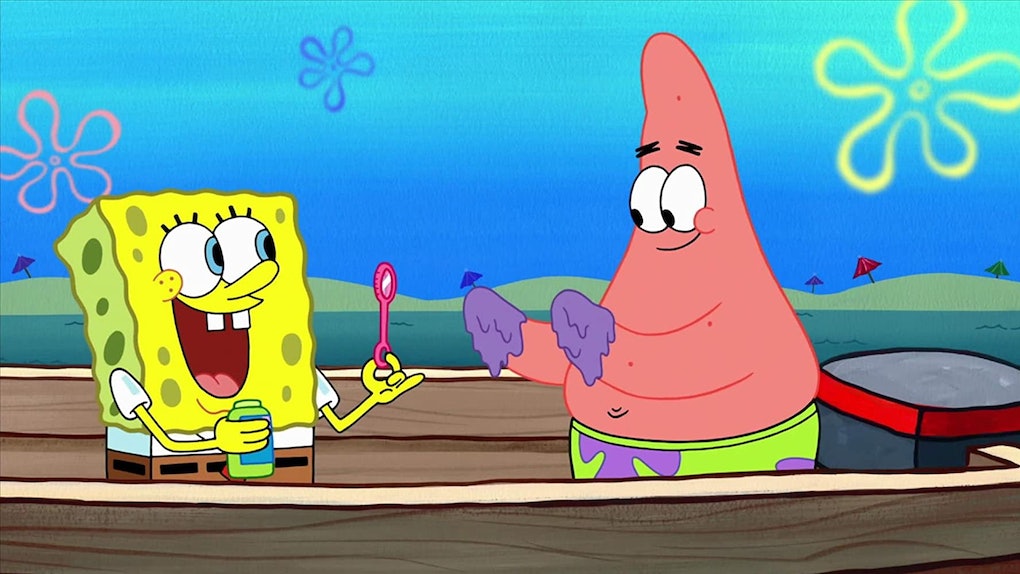 Your next virtual hangout doesn't have to include a view of your bedroom. Zoom's virtual background feature makes it possible to video chat from somewhere far away, including from a pineapple under the sea. These are the 12 best SpongeBob SquarePants Zoom backgrounds to make a video call from Bikini Bottom.

If you haven't used Zoom's virtual background feature yet, it's easy to start. With a few steps, you can transform your call with a photo or video that replaces your room with a new environment. There are endless options available to switch up your calls, including some incredible choices from iconic cartoons.

To start using Zoom's virtual backgrounds, check that your PC or Mac is running version 4.6.0 or higher of the Zoom desktop client. If you're using your iPhone or an iPad, make sure that the mobile app is updated and you have an iPhone 8 or later or a fifth-generation iPad or later. For the best results, Zoom recommends that you use a green screen if you have one, or a white wall. Next, you can upload your Zoom background by going to Settings and selecting the Virtual Backgrounds tab. Then, click on the plus sign (+) to upload a high-resolution image.

SpongeBob fans will feel so seen with these virtual background options. While SquarePants may not be the ultimate choice for a serious work call, you can use these backdrops on calls with friends for a good laugh. You can download these SpongeBob backgrounds by right-clicking to save them to your computer or phone. Here are some of the best backgrounds from the beloved series.

1. "Who lives in a pineapple under the sea?"

Who doesn't love that iconic "Band Geeks" episode of SpongeBob SquarePants? Get ready to hop on a call with SpongeBob belting it out.

SpongeBob's "Dying For Pie" episode is a classic. It's also a good reminder not to judge a book by its cover.

This epic shot from the "Band Geeks" episode gives you a view of the decked-out stage, Mr. Krabs, Sandy, and Pearl, along with SpongeBob front and center.

5. Squidward at the Krusty Krab

This shot of Squidward looking as bored as can be at the cash register pretty much says it all.

Remember that one fish that was super against chocolate for some reason?

You and your friends can do the best Dirty Dan and Pinhead Larry impressions with this SpongeBob Zoom background.

Call your friends from Bikini Bottom, right in front of Squidward's house with this SpongeBob SquarePants background.

SpongeBob impersonating Squidward on "Opposite Day" is still one the show's best moments.

You can hang out with SpongeBob and his creation Doodle Bob with this Zoom background.

Gary is a fan favorite character for a reason. Look at how cute he is.

You can hop on a call from outside of Patrick Star's house with this background for Zoom.