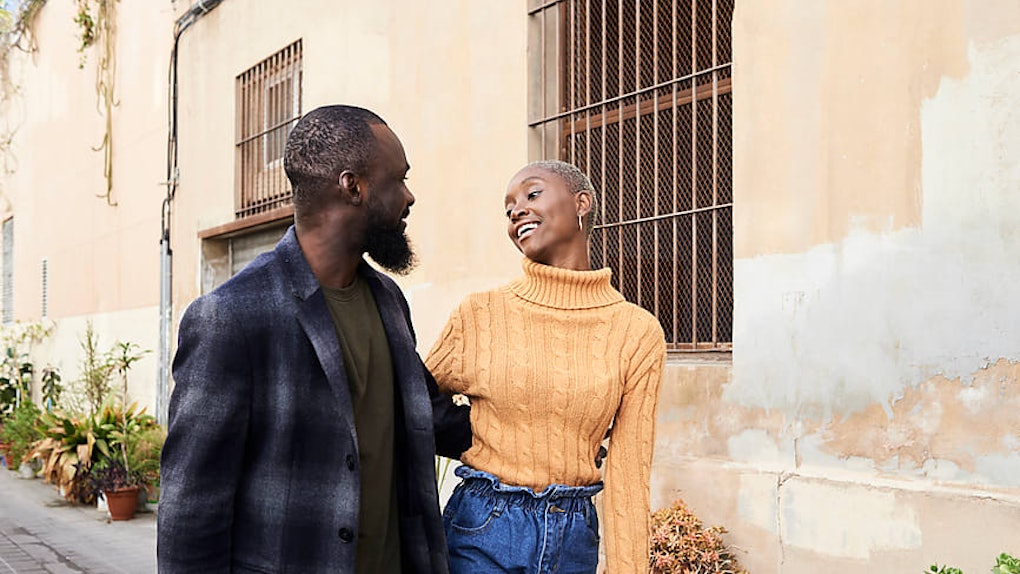 The 1 Thing You're Most Likely To Fight About In Relationships, Based On Your Zodiac Sign

Do you feel like you're constantly in a state of argument déjà vu? Like you just keep fighting the same old fights over and over, regardless of who you're dating? So frustrating. Why do you keep getting stuck in this same argument time loop? The answer, it turns out, may actually be written in the stars, because the one thing you’re most likely to fight about in relationships based on your zodiac sign is so real. And knowing what it is may actually be the first step to changing your pattern.

One of the reasons we might argue in relationships may come down to what we expect out of our partners, as well as our own personal boundaries. Both are grounded in our personalities and characteristics, which is where the zodiac comes into the equation. You can tell a lot about what you want from a partner and what your triggers are by looking at things through the lens of your astrological sign. In turn, this can give you some control over your reactions, as well as a way to communicate what you're feeling to your partner, so that together you can find a new solution to the problem and hopefully find a way to argue a little bit less — even if that means giving up some of the makeup sex too. (Yes Scorpio, I'm talking to you.) So, with that in mind, here's the thing you're most likely fighting about most often, based on your astrological sign.

While a fire sign like Aries can tend to have a bit of a temper, they usually (and surprisingly) find themselves playing defense in arguments because they tend to be fighting about something they’ve done — without thinking it through first. This is a sign that tends to act impulsively and on instinct, and while it usually works out for this bold sign, not being consulted or taken along for the ride can leave their partners frustrated and angry, particularly when it feels like a pattern of behavior.

Despite their warm and loyal hearts, Taureans can tend toward the materialistic. They expect not only to have a loving relationship with their SO, but one that has plenty of luxury and financial security. So, they tend to keep a close eye on the purse strings. They like to make sure that money is being earned, saved, and spent “correctly.”

For a dynamic sign like Gemini, the one thing they can’t put up with in a relationship is boredom. Their fights can often be about either spicing things up, or they can pick a fight over something silly just to keep things interesting in the moment.

For a sensitive water sign like Cancer, all fights really are about one thing: their feelings. Yes, the smallest thing can make Cancer feel like they're under attack, and they feel those emotional wounds deeply. So, if you want to defuse a fight with this sign quickly, the best thing to do is focus on understanding their underlying emotions rather than the thing the fight was “about.”

For an optimistic sign like Leo, fights are few and far between, but when they do come up, this is a fire sign that roars with the best of them. But what sets this sign off? One thing: A bruised ego. If you embarrass or dismiss Leo, you can pretty much expect a fight to come soon after.

There are so many reasons why Virgo can make for a great partner. For one thing, you can always count on them to have your back, and they will go out of their way to make you feel special in the most detailed and personalized ways possible. However, brace yourself for a million micro-arguments all based around this sign’s many, many, many pet peeves.

For Libra, relationships are all about balance, so while they may be willing to give and give and give, they expect reciprocity from their partner. If they feel like they're not getting it, well, get ready for building resentment and plenty of arguments, because they can feel like they're being taken advantage of and their world is out of alignment. I'm not saying you have to keep score with a Libra, but let's be honest: It wouldn’t hurt.

If you’ve ever dated a Scorpio, you already know that jealousy is this sign’s number one trigger. This water sign is very in touch with their emotions and what they really want more than anything is a partner who they can trust completely with their hearts. But that's hard for this sign, who always seems to be on the defensive.

If you want to keep a freedom-loving Sagittarius happy in a relationship, it will mean giving them plenty of personal space. The minute this sign begins to feel as though they're trapped, they instantly go into fight-or-flight mode.

An ambitious and driven sign like Capricorn tends to get hyper-focused on their career and achieving personal goals. All too often, this leaves their partner feeling sidelined. So, for this sign, fights always seem to boil down to one thing: working too much and not having a work-life balance that suits their relationship.

For a unique sign like Aquarius, finding someone who truly gets them can sometimes feel like a struggle. Until they meet that perfect person who just clicks, chances are they'll find themselves fighting simply because they feel misunderstood.

If there's any sign who is trying their hardest to make their relationships work, it’s Pisces. This is definitely an admirable trait. After all, don’t we all want to be with someone who's in it to win it? Unfortunately, one of the ways this sign tries to make sure that their romance will go the distance is in hiding things that they think will upset or disappoint their partner. And keeping secrets, big or small, is a very effective way to start massive, relationship-ending fights. Better to just be honest from the start, Pisces.

In some ways, knowing that the reason you always seem to be arguing with your partner might just be written in the stars can be a relief, but it's also an opportunity for growth. Once you understand where these feelings are coming from, you have the chance to write your own romantic destiny. How awesome is that?