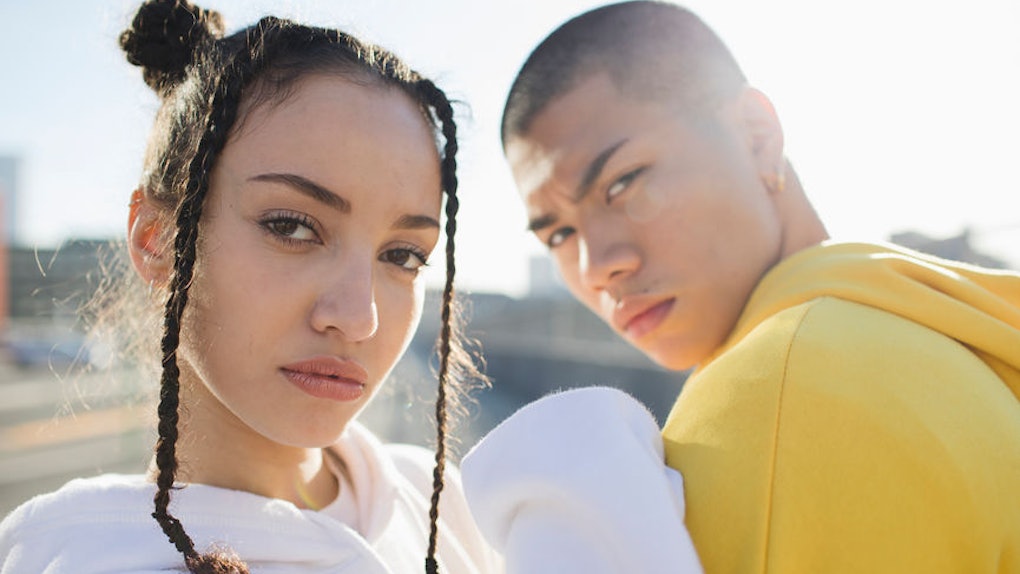 How Long Should Relationship Fights Last? Here's When To Worry

In an ideal world, all of your fights with bae would be over ASAP. You’d be able to instantly see each other’s perspectives, validate each other’s feelings, and come up with a compromise — and your relationship would move forward even healthier and happier than before. But as you likely know, that’s not totally realistic. Sure, you may have small fights that you’re able to resolve quickly (huzzah!) but sometimes, a small disagreement may evolve into a knock-down, drag-out fight that lasts for hours — or worse, days. So, how long should relationship fights last? And is there cause to worry if they’re dragging on for longer?

Let’s clear one thing up first. Fighting is a normal, healthy aspect of any relationship — and a far better alternative to ignoring problems that arise. In fact, one study of 1,000 adults led by social scientist Joseph Grenny revealed that couples who argue “effectively” are 10 times more likely to be happy than those who tend to sweep issues under the rug. The key, of course, is to fight in a way that’s productive, rather than destructive.

Back in 2000, psychologists John Gottman and Robert Levenson conducted a 14-year study of 79 married couples living in the U.S. Midwest. Among the couples they observed, 21 divorced within that 14-year period, and the researchers noticed some trends about the relationships of those who stayed together. One key takeaway was that the couples who split up tended to take a lot longer to address an argument, meaning each partner was left to stew for days after a disagreement happened. Conversely, couples who stayed married were more likely to discuss their argument right after it happened. Basically, the longer you stay in your feelings without sharing them with your SO, the more likely you are to build up resentments that cause more permanent problems.

That’s why Dr. Gary Brown, a prominent dating and relationship therapist in Los Angeles, says fights should really only last about 10 minutes.

“There is a difference between fighting and having a healthy argument,” he tells Elite Daily. “Fights tend to last longer than 10 minutes and are more based upon 'winning.' Arguments are more about understanding each other.”

This makes a lot of sense when you think about it. When you’re solely interested in “winning,” you’re likely a lot more focused on making your thoughts and feelings known, without listening to your partner’s. And that’s problematic because if you aren’t listening to each other, then it becomes far more difficult to come to a resolution. Thus, the fight lasts far longer than it should.

Still, all relationships are obviously unique — and some couples may be more prone to lengthy fights due to a number of different factors. Dr. Brown notes that the amount of time you are fighting for really depends upon your personality styles. For example, if one or both of you are super stubborn or have trouble admitting when you’re wrong, then your fights are more likely to drag out.

Personality isn’t the only factor to consider, either.

“It also depends upon the subject of the fight,” adds Dr. Brown.

As for when should you worry, Dr. Brown advises taking notice if you’re having “toxic fights” — the kind that tend to last for hours, days, weeks, and even months. Fortunately, there are things you can do to prevent your fights from spiraling out of control in this way. If you find that your fights are lasting too long, Dr. Brown recommends setting an intention to take a break after five minutes have passed.

“Honestly ask yourself if you are more interested in winning as opposed to trying to listen to understand,” he says. “The key factor here is creating a space to listen and to be able to speak in ways that both of you feel heard. That can't happen if the tone is too intense and aggressive because one or both of you are not likely to feel safe enough to let go of being defensive.”

Taking a break is a super effective strategy because it gives you both a little space to calm down. When you’re right in the middle of an escalating fight, emotions can run high — clouding your judgment and ability to think rationally. You may decide during this five-minute break that whatever you’re fighting about simply isn’t worth it. And if you do feel it’s still worth hashing out, you can at least return to the argument with a much calmer, more balanced headspace.

Another way to address this problem is to seek couple's counseling. An unbiased professional may be able to observe and point out some of the behaviors that are making your fights last longer, and also help you both find more effective ways of communicating during a fight.

Fights are unavoidable in any relationship — in fact, if you're fighting, that can actually be a great sign that you feel sufficiently comfortable and emotionally safe to share your feelings and thoughts with your partner. That said, fights that last for days on end are not only more likely to cause emotional distress, but also damage your bond. So, if you notice that your fights seem to be dragging on far too long, it's time to take a step back and figure out why. Are you both actively listening to each other? Is stubbornness getting in the way? Are either or both of you unknowingly triggering each other in some way? Once you can determine the root of the problem, you can work on healthier ways to hash out your issues. In other words, you can find a way to fight in which everybody wins.