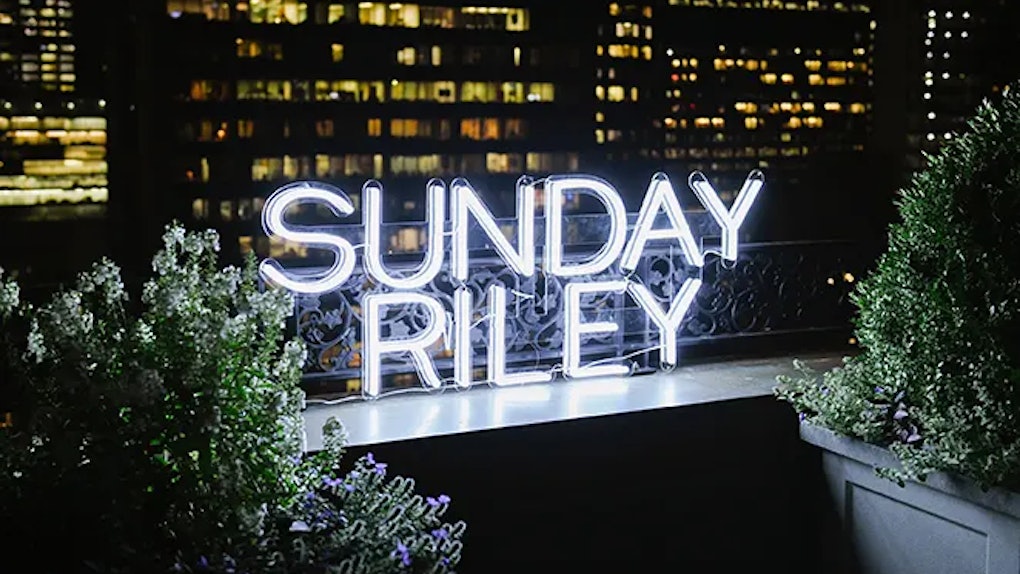 Protests are continuing around the United States as people call for an end to police brutality and to push for justice after George Floyd was killed by a Minneapolis police officer on May 25. In response to a rightful outcry for people to support the Black community in actionable ways, skincare brand Sunday Riley pledged to donate $50,000 to the NAACP Legal Defense and Educational Fund, and it has plans to do more beyond this initial donation.

“In recognition that this level of discrimination, hatred, and brutality is rampant across the entire United States, yesterday we made a $50,000 donation commitment to the NAACP Legal Defense and Education Fund,” the brand said in a post on Instagram on June 1. “We are limited in our resources, but not in our voice.” The LDF has fought for more than 75 years to end racial injustice and disparities through education, advocacy, and the law. Currently, the nonprofit is working to reform the police force, among a slew of other actions it takes to benefit the Black community on a daily basis.

Sunday Riley says she shared a hometown with Floyd; they even went to the same high school. “We were separated by time. We weren’t the same age; we weren’t in the same year. But we walked the same hallways, maybe sat in the same classrooms, albeit at different moments in time,” she said in her post. This made it even more important for Riley to support brand initiatives in Houston, Texas, to help the local Black community. Although the brand hasn’t decided exactly where it will be further helping the Black community, Riley said they will release plans soon.

The list of brands donating funds to organizations focused on ending racial injustice, supporting black people, and providing bail relief keeps growing. Glossier, ColourPop, GAP, and NYX are just a few of the companies that have stepped up recently. As protests continue throughout the country, more and more brands are going beyond just making statements and are working to create active, notable change — just the tip of the iceberg in terms of what larger entities can do to support Black people right now.

To help protestors and do what you can to help put an end to racial injustice, there are nonprofits you can donate to country-wide if you have the means. You can also start by calling your legislators to demand action on their part, educating yourself and others about how systematic racism operates in the U.S., and signing the #JusticeForFloyd petition, the Stand with Bre petition, and the petition for justice for Tony McDade.

More like this
Is Sephora Closed Due To Coronavirus? Here's How The Brand Is Responding To The Pandemic
By Theresa Massony
Where To Get Farmacy's Sweet Apple Clean Makeup Meltaway Cleansing Balm, A New Take On The Classic
By Margaret Blatz and Theresa Massony
These Asian-Owned Beauty Brands Are Creating The Products You'll Use Forever
By Margaret Blatz
Stay up to date