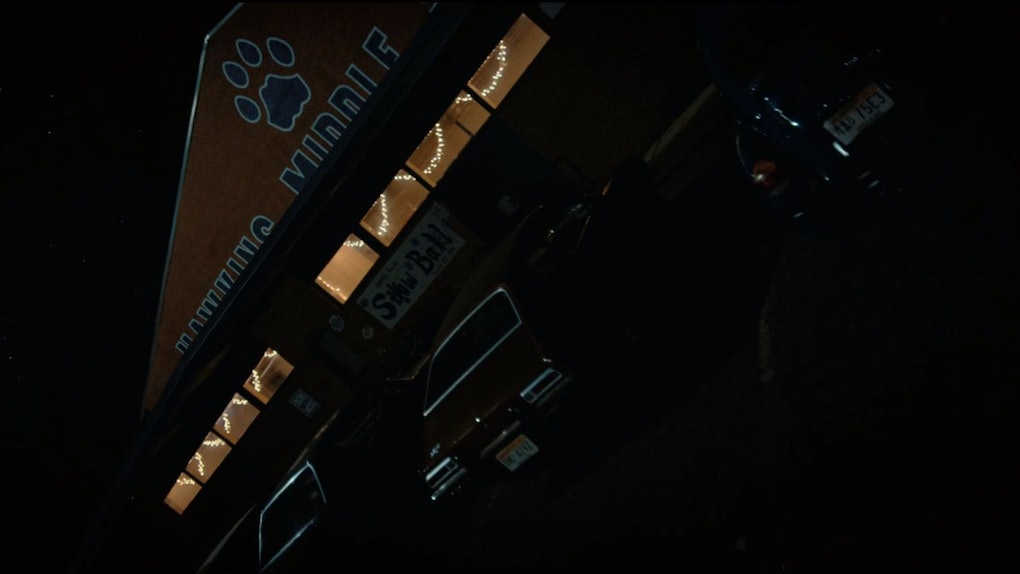 In this season of Stranger Things, the Duffer Brothers took a completely different approach to how they ended the year. Where the end of Season 1 hinted on where all the characters were headed next, the end of Season 2 wraps everything up, with no indication of where things will go next... until the final shot, where the world turns over and we see the Upside Down. But this Stranger Things Season 3 theory on what that final shot tells us about the Upside Down is perhaps one of the more interesting discoveries we've made so far. Please note: This post contains spoilers for Stranger Things Season 2.

But one of the strangest observations is that long shot of Hawkins Middle School gym.

The Duffer Brothers apparently always planned to get to the Snow Ball as the closing scene of the season from the very beginning, as they revealed on Netflix's Beyond Stranger Things. The addition of The Mind Flayer (or The Shadow Monster as most call it) hovering over the Upside Down version would then be the closing shot. (See the concept art image above, which was shared on the Beyond Stranger Things aftershow.)

But the shot of the concept art above is different than the one that we take a nice long look at the end of the season. The difference? The cars.

We already spent some time in the Hawkins Middle School parking lot during the Snow Ball, notably with Hopper and Joyce sharing a cigarette. Hopper notes the teacher who used to bust them retired in the 1970s, another reminder in a season full of them that Joyce and Hopper (and the late Bob Newby for that matter) were all classmates of Hawkins school system and have known each other their whole lives.

It also reminds us that they, as the previous generation, went to middle school here in the late 1950s and probably graduated in the early 1960s.

It's a parking lot full of cars as the image begins to slowly flip, a lot full of late '70s and early '80s vintage automobiles, with a car much like Jonathan Byer's front and center.

But when the world flips to the Upside Down? Those cars are gone.

Now that's not totally weird. When Joyce and Hopper wandered through the streets of Hawkins looking for Will last year, the streets were mostly devoid of cars, and those we saw looked like they had been there a long time, overgrown.

Now look at the cars in the Upside Down in front of the school as it flips over.

It's not the same car line up. Instead of a parking lot full of cars there's only one or two. And if you embiggen* the image, you'll note these are a completely different style of car. They're not 1970s boats and 1980s gas conservers. They're older, rounded 1950s style cars.

(*That's a perfectly cromulent word. Look it up.)

Here's an enhanced image of the most left side car as the image flips over:

So what does that mean? Some fans have theorized that the Upside Down was a glimpse of Hawkins' future, a terrible vision of things to come, if our heroes couldn't save their town.

But what if Hawkins isn't the future? What if it's the "now," same as our world, but one that was first taken over by the Mind Flayer 30 years earlier when Hopper and Joyce were middle school age? What does that tell us about the horrors of that world?

Because if there are cars, that means, at least at one time, there were people to make those cars. What happened to those people? Is there a mirror Joyce and Hopper in the Upside Down, hiding somewhere we've not seen? Is there a mirror Will who built that other Castle Byers?

Will we see them in Season 3? So many paths this show can take for next season, the speculation is endless.